The plane burst into flames. There were no survivors. 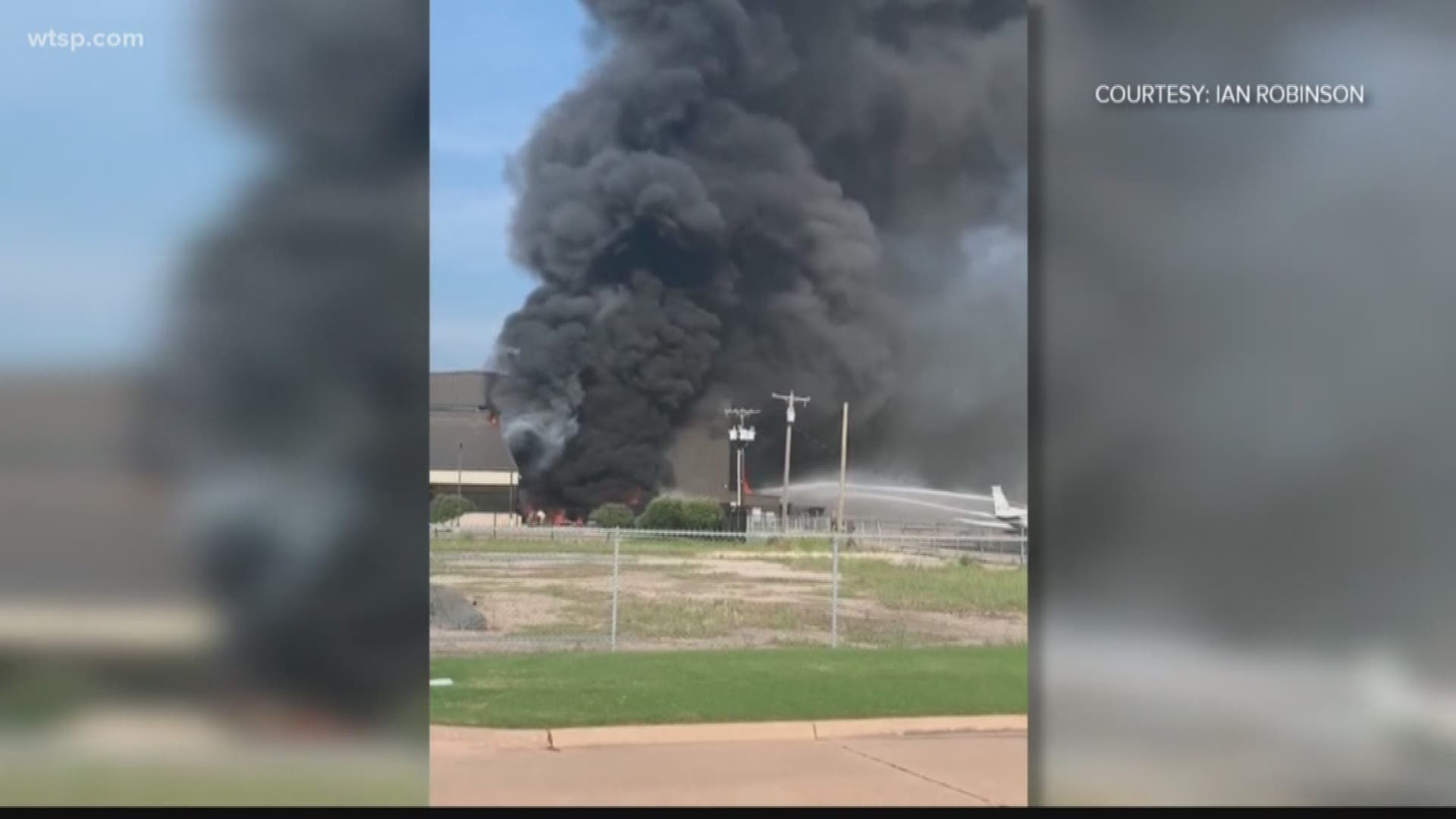 ST. PETERSBURG, Fla. — MORE: Read the latest update on the investigation including names of those involved here

At least 10 people are dead after an airplane heading to St. Petersburg crashed suddenly Sunday in north Texas.

First responders say the twin-engine Beechcraft BE-350 King Air plane flew into a hangar shortly after takeoff around 9:10 a.m. from Addison Municipal Airport, which is located in the unincorporated town of Addison — immediately north of Dallas.

Officials say the aircraft then caught fire. There were no survivors aboard the plane. The hangar was unoccupied at the time of the crash.

The names of the victims have not been released. Authorities are trying to contact members of their families.

The small plane had the capacity for approximately a dozen people, so it was nearly full.

The National Transportation Safety Board was dispatched to the scene and has launched an investigation to determine what caused the crash.