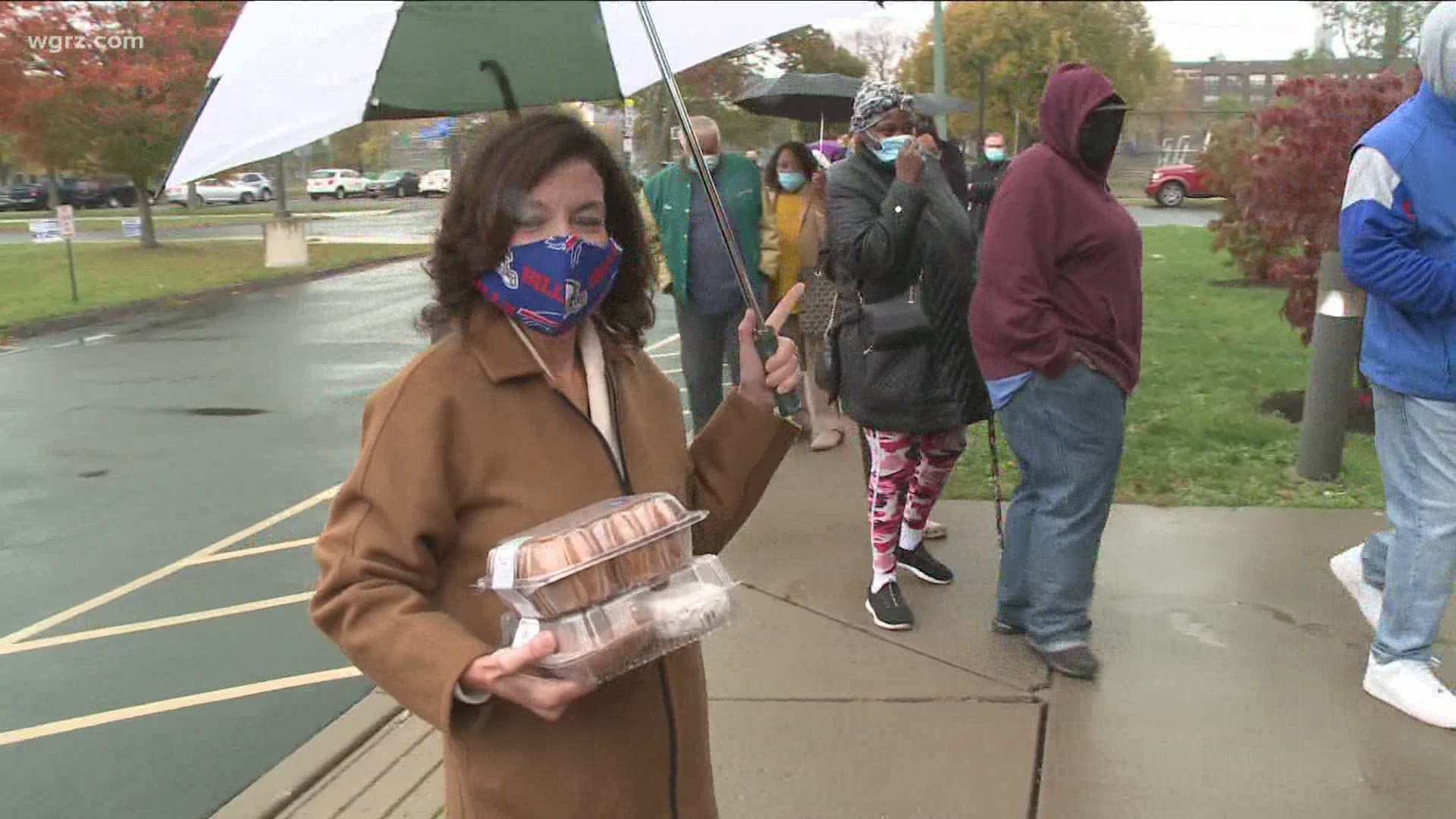 BUFFALO, N.Y. — As was the case on Saturday and Sunday, there were plenty of early voters on Monday in Erie County.

"The first two days we actually had more people early vote in Erie County on Saturday and Sunday than we had during all nine days of early voting last year," said Erie County Executive Mark Poloncarz, who waited in line to cast his ballot at a polling place on Hickory Street on Buffalo's East Side.

But several people who showed up at the location promptly left, not warm to the prospect of waiting 45 minutes, as Poloncarz did, on a cold damp day.

One reason the line took so long to navigate was that there were only two check in sites at the polling site, which surprised many including Poloncarz, who called the Board of Elections to find out why.

"I called over and asked if they were missing staff," remarked Poloncarz, who said he was told that due to the high number of early voters, the fact that there are only 37 early voting sites across the county, and the physical distancing requirements  due to COVID-19 concerns, that long lines are just something you're going to have to be prepared for if you decide to cast your ballot before election day.

"I know the Board of Elections was limited on the number of the places they could go with early voting because of the number of COVID restrictions," Poloncarz said. "Pretty much all schools we may have used in the past were off limits, and they might have been nice to use because there is more room, but they were off limits because of issues associated with COVID."

New York Lt. Governor Kathy Hochul also showed up at the same polling site hoping to vote early. However, her schedule did not permit her to wait that long, and it probably would have looked bad if she'd been allowed to the cut the line.

So instead she just dropped off some baked goods for the poll workers and said she will try another time.

Among those #earlyvoting today at a polling site on #Buffalo east side was the Erie County Executive @MarkPoloncarz  @WGRZ pic.twitter.com/X1ilgiFlP5