The first burials on the 137-acre site in Pembroke could happen as soon as November of 2020. 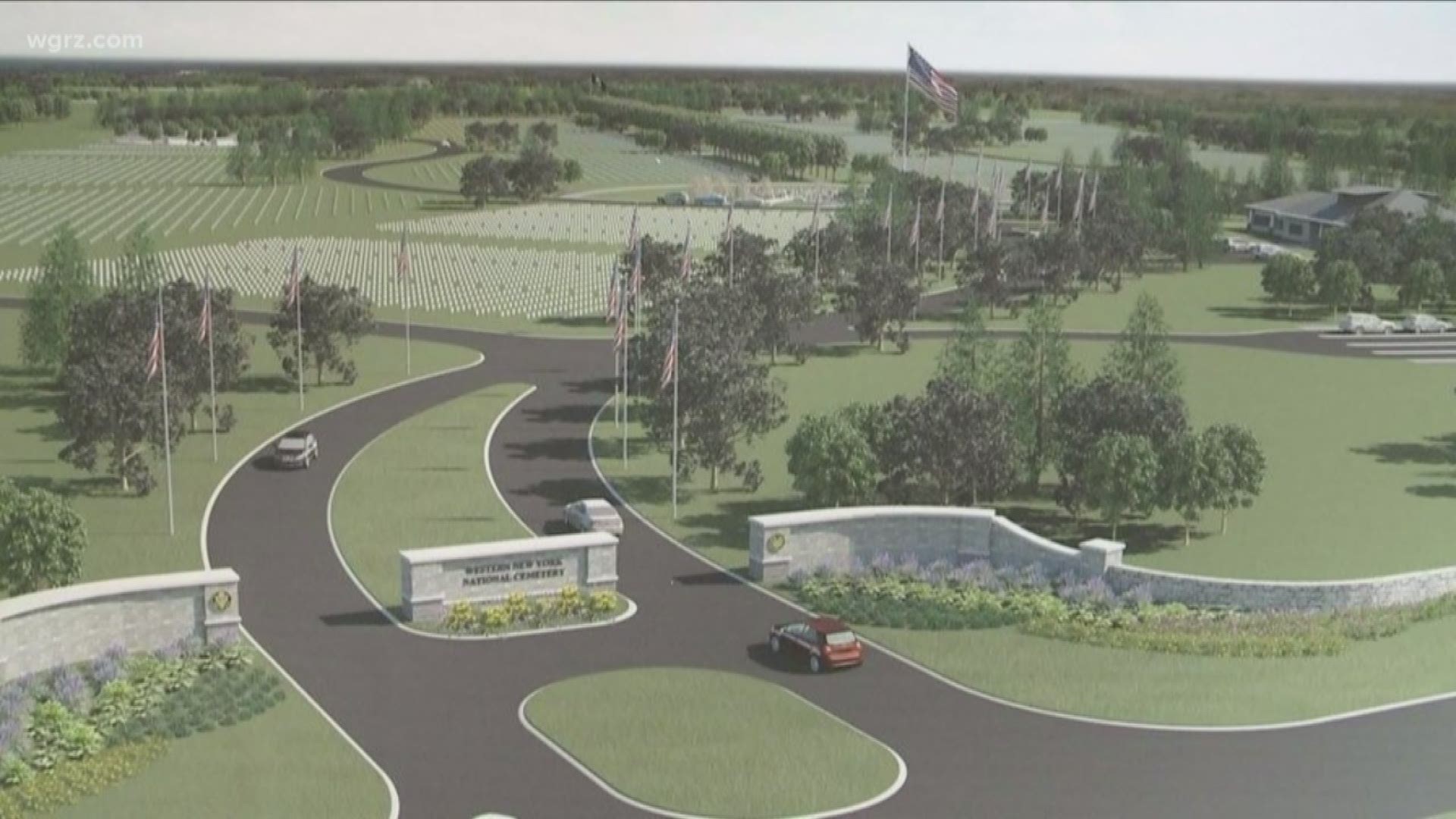 ALBANY, N.Y. — U.S. Senator Chuck Schumer announced on Saturday that over $23 million has been allotted to a veterans cemetery in Western New York.

Schumer's office said the first burials on the 137-acre site could happen as soon as November of 2020. In the project's first phase, there would be roughly 2,500 gravesites for caskets, and 1,500 in-ground sites for cremated remains for veterans and their families.

Currently, the closest veterans cemetery is located in Bath, N.Y., about two hours east of Buffalo, in Steuben County.

"Making this cemetery come to reality has been and remains one of my top priorities, and I won’t stop fighting until it comes to fruition,” Schumer said in a statement, adding that he wants to secure another $10 million in this year's federal budget to complete the project.

"This contract and the cemetery’s construction soon getting underway helps guarantee Western New York’s military veterans will have a proper burial, at a site close to the homes, families, and the very communities they dedicated their lives to defend and serve," Schumer said.

RELATED: City of Tonawanda Cemetery receives a makeover with help from the community