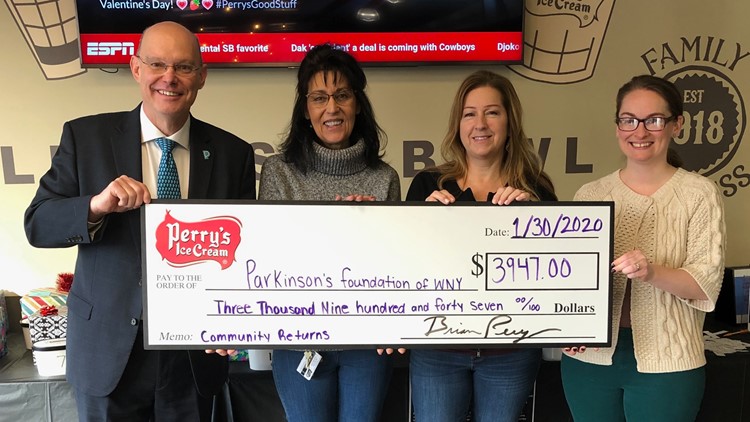 BUFFALO, N.Y. — On Tuesday the Parkinson's Foundation of New York and New Jersey announced it received a $3,947 donation from the Western New York-based Perry's Ice Cream.

The Foundation said that the money that came from Perry's will help fund education efforts, research into Parkinson's treatments and a Care Partner Summit, which will happen this summer. Perry's raised the money through their Community Returns Program, which gets the funds from raffles, games and fundraisers over six months.

The Community Returns Program picks two charities each year to donate to, allowing the company to contribute to many causes throughout the region.The Foundation knew they would be the recipients of the donation, but the size of the contribution is kept secret until the ceremony.

“On the drive over, I was trying to guess what the amount might, but I had no idea,"  said Chris Jamele, development director for the Foundation. "When I saw the check, I was floored by the size of the donation.”

RELATED: Perry's Ice Cream gets a new look for 2020