Instead of celebrating the Fourth of July with fireworks or a cookout, folks in the Southern Tier are cleaning up after flooding. 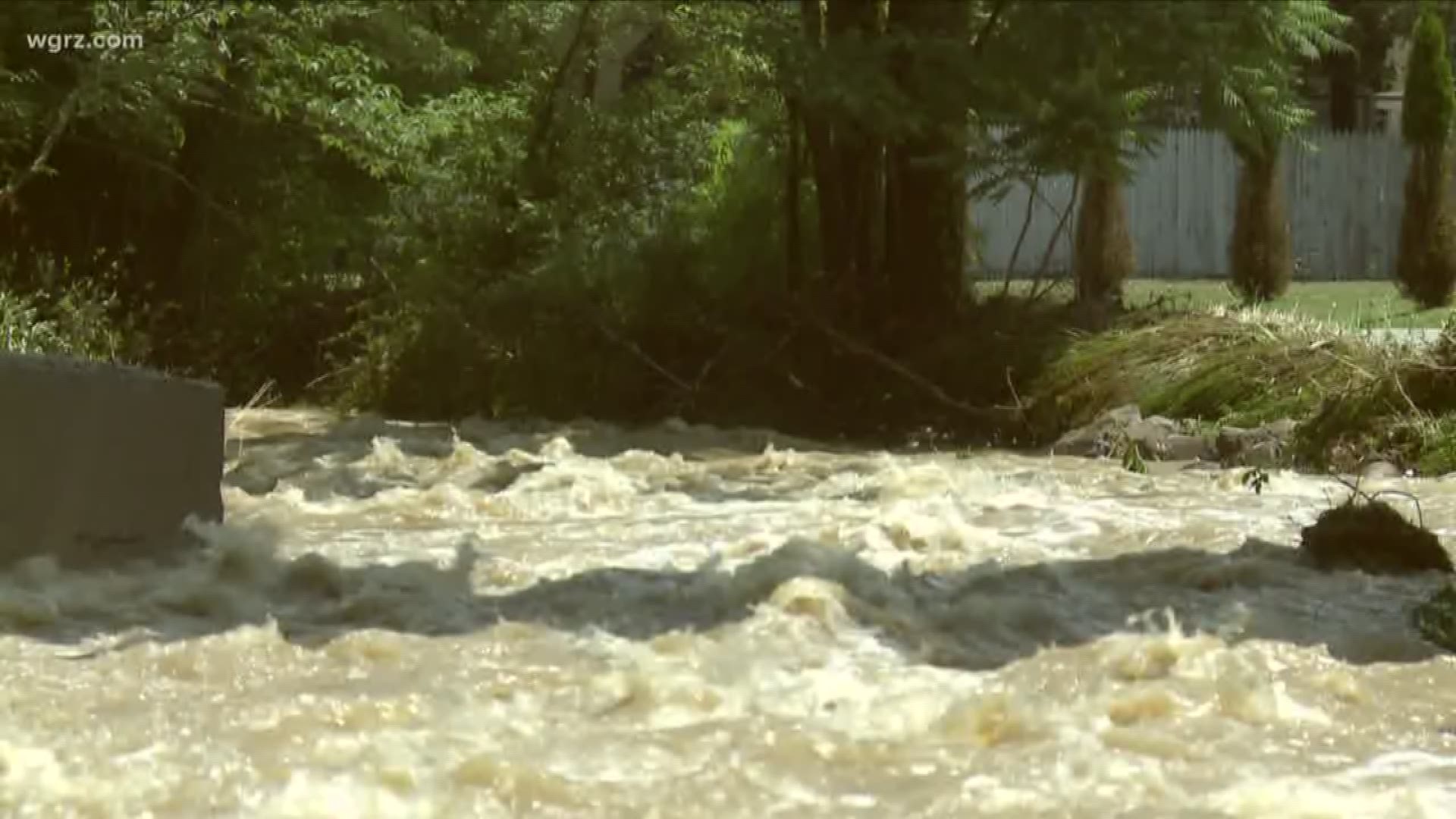 OLEAN, NY - Some parts of the Southern Tier have spent their Fourth of July, getting soaked and cleaning up, after heavy rain brought flooding.

Rhea Shaw of Olean, cautiously has to walk along an access road that leads to the mobile home park where she lives on Union Valley Road. Parts of the access road were washed away, due to the heavy rain.

"I had water all the way up the side of my trailer almost coming into the house," Shaw said.

She recorded video of this with her cell phone, after being evacuated from her home by first responders.

REPORTER: When do you know whether you'll actually get back into your house, what are you waiting on?

"Right now, they're trying to figure out the creek situation because they're calling for more rain and they're concerned if we get more rain we'll get flooded again," she said.

For now, she'll be staying with family and friends.

Not too far away, in Portville, Cattaraugus County, residents on East River Road are spending their Fourth of July cleaning up.

"You couldn't see any of the driveways this was all water. It went fast. It did a lot of damage and it was gone. It basically jumped into everybody in the neighborhood trying to figure out if everybody else is alright," Cassidy Nicholas said.

Thankfully, everyone is alright, but Nicholas' house and garage were flooded.

"No parties for us today," she said.

We've aso heard of some significant flooding in Allegany County in places such as Belfast, Bolivar and Wellsville.