Police say there was nothing suspicious about the way she left her room, and that there's no indication of a criminal investigation. 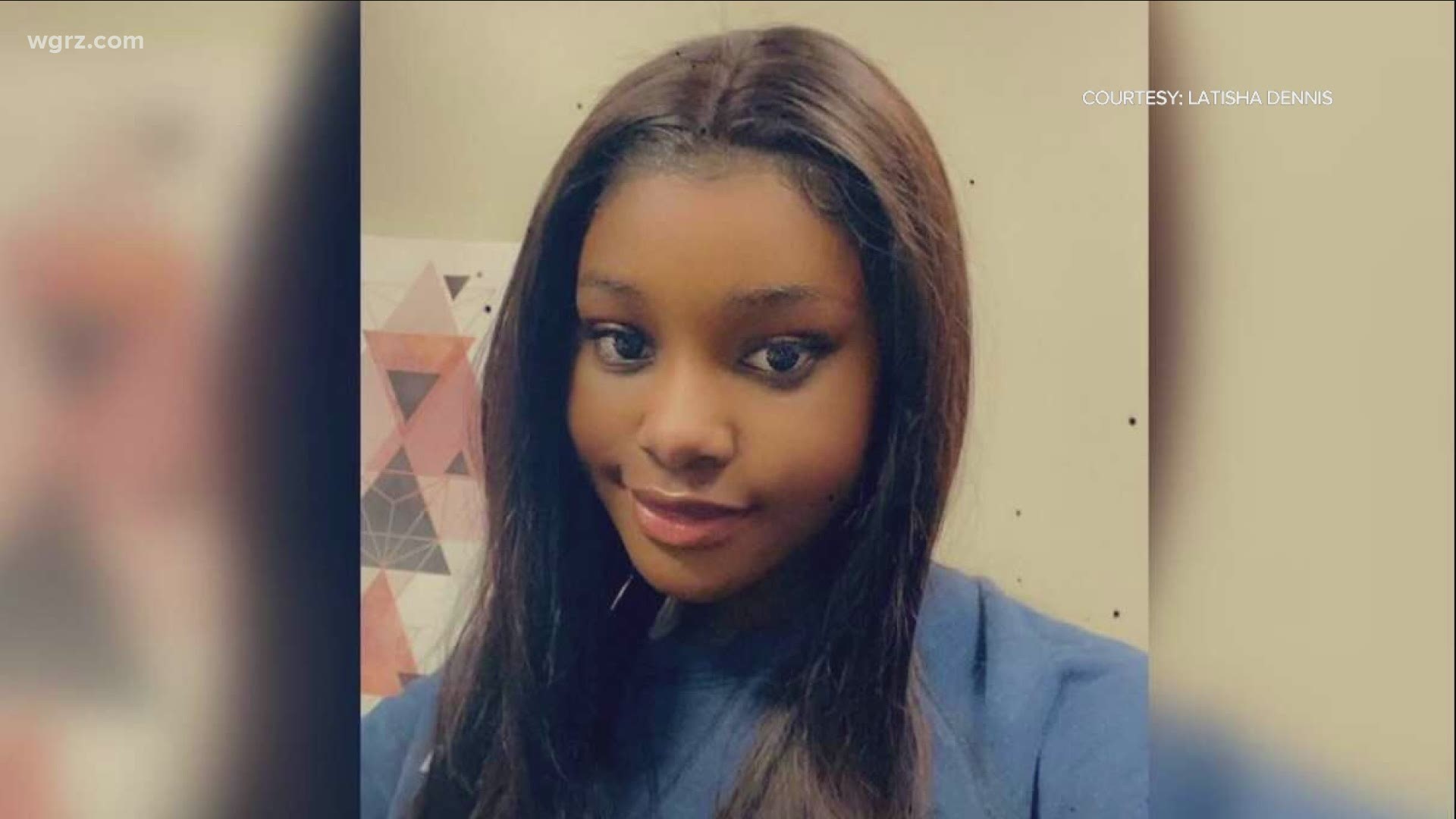 BUFFALO, N.Y. — Family and friends of a missing Buffalo State student are hoping that she is found safely.

Saniyya Dennis, 19, has been missing since Saturday night. She was last seen leaving her residence hall on campus.

Saniyya is a sophomore, an honor and engineering student from the Bronx. Her parents traveled to Buffalo to search for their daughter, who they say they haven't heard from in six days.

"We just want our daughter back. We love her and miss her very much, and this is really hard," Latisha said.

An elevator surveillance picture shows the last time she was seen – Saturday around 11 p.m., leaving her dorm room in Bishop Hall. Saniyya's mom says she talked to her the previous day.

"She's more of a home body, and if she was to go out, it was a big event going on, she would be happy to share it. She often shared things with me that she was doing, so I have no idea where she was going," Latisha said. "It was reported that she hadn’t shown up to work, and she didn’t show up to class, and she’s not like that. She’s very studious."

University Police say they've talked to friends of Saniyya, who say they saw her earlier in the day Saturday, but don't know where she was going. Because of COVID restrictions, students don't have roommates.

"It does provide us with less information than you would have with a situation where a student was residing with a roommate," University Police chief Peter Carey said.

Police say there was nothing suspicious about the way she left her room, and that there's no indication of a criminal investigation.

Added Latisha: "If anybody seen her if anybody heard from her no matter what just call."

University Police say they're working with NFTA Police and police downstate to find Saniyaa. If you have any information about her whereabouts you're asked to call University Police at 716-878-6333.

Police say they do have information on which way she left campus, but that hasn't led to any substantive leads.

"We’ve never had a missing person case such as this we’re experiencing now with Ms. Dennis," Carey said.

Latisha Dennis says she will put up signs around campus Friday hoping that lead to her daughter being found.