The father of a D'Youville baseball player contacted 2 On Your Side for answers about when he might be able to watch his son play this season. 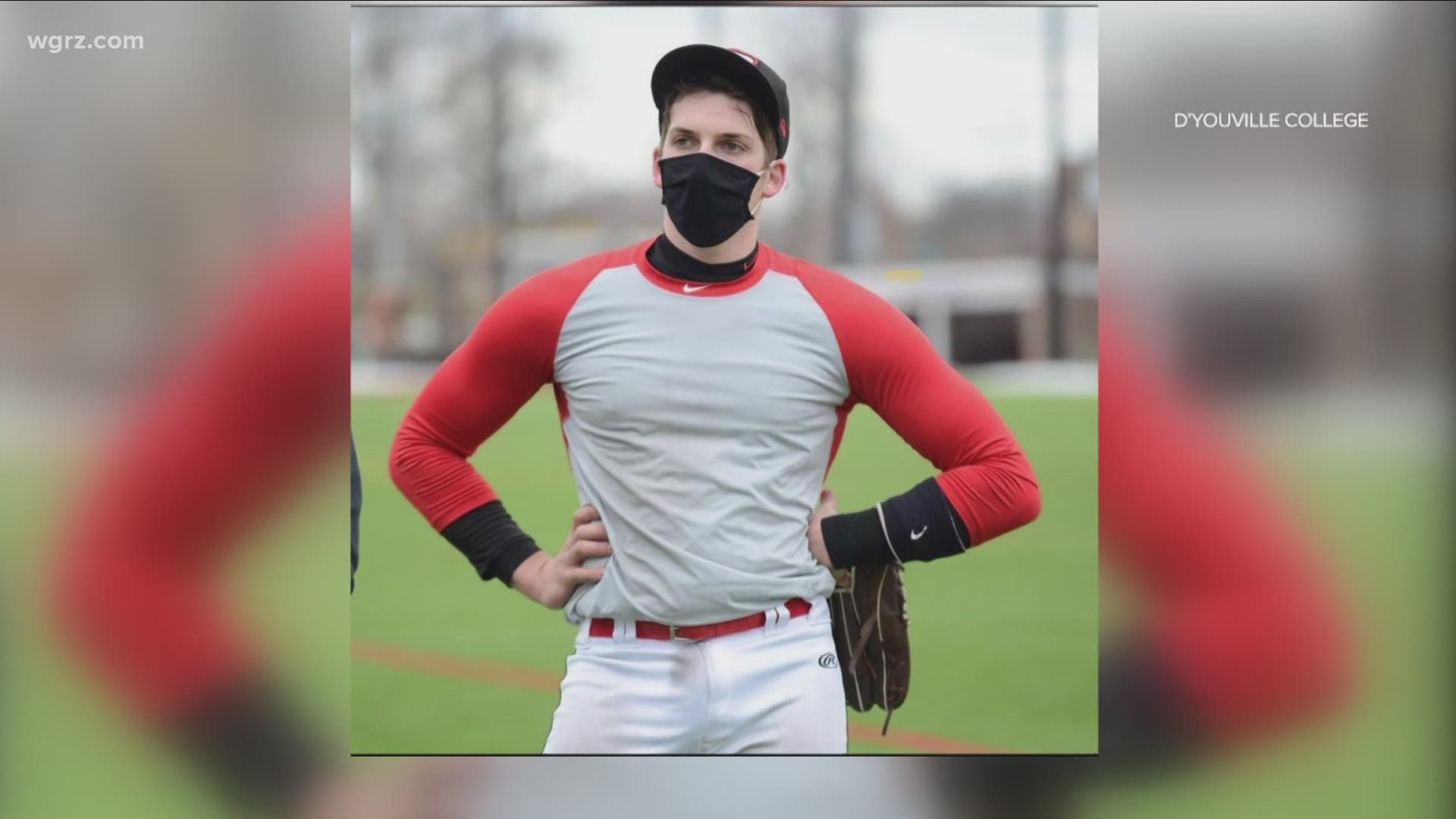 BUFFALO, N.Y. — 2 On Your Side has had several parents of college student-athletes reach out to us wondering if they will get to see their children play this year.

Spring college sports like baseball, softball, and lacrosse have no spectators so far this year in New York State, and parents want to know if that's going to change.

"We would want answers. Nobody's gotten answers," Michael Glinski said in an interview on Wednesday.

Michael Glinski's son, Jeremy, plays baseball at D'Youville. Their season just started with no families or fans in the stands.

"We were looking forward to actually watching him play baseball at a collegiate level because he's now a sophomore in school, but what is considered a COVID freshman," Glinski said.

The majority of spring college sports are played outside, and unlike high school and pro sports, where fans can watch now if they follow certain state guidelines, no fans are allowed.

D'Youville's website explained that under New York State policy, they aren't allowing spectators at home athletic events until further notice because they're waiting for guidance from local and state officials before establishing a safe spectator policy.

"It's just frustrating because we want to see him play. I'm sure I'm not the only parent that feels this way. I know on the D'Youville team, there's actually a parent, there are kids from Canada. They can't even cross the border to watch them," Glinski said.

For answers, 2 On Your Side went to the New York State Department of Health. A spokesperson told us, "The State continues to work closely with large venues and event organizers, including those at higher education institutions, throughout New York and review plans to safely return a limited number of spectators for competitions, arts and entertainment."

So in that statement, there's no indication of when of it that could happen this year.

Glinski just hopes to be able to watch his son play before the baseball season ends.

"As long as you've got some sort of guidelines in place, I'd be happy to, you know, sit in the outfield just so I can be there and watch him," Glinski said.