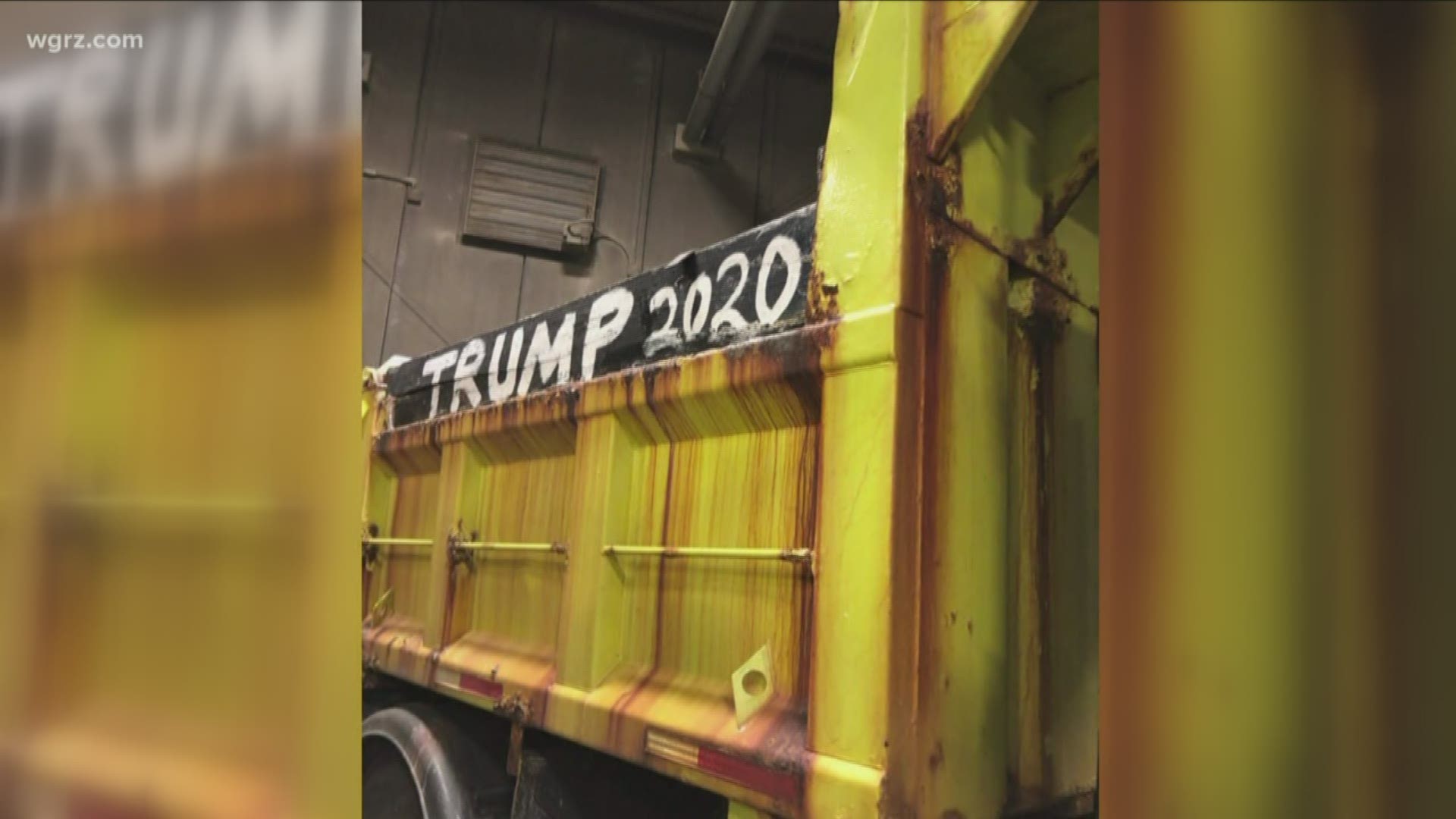 CHEEKTOWAGA, N.Y. — A town highway worker in Cheektowaga has been charged with two misdemeanors after an incident at the town highway garage Friday morning, in which he is accused of painting “Trump 2020” on a town snow plow.

Cheektowaga Police say the plow driver, 46-year-old Robert Hupkowicz of Depew, has been charged with criminal mischief and making graffiti.

Hupkowicz reached out to 2 On Your Side on Friday evening:

"This was meant this as a joke only for the guys in the garage. I never would’ve taken that truck out on the street. In fact, the wooden side boards that were on top of truck to hold the salt in, and which I painted the signs on, were being replaced and thrown out. Again, I was just goofing around, and I never expected my boss to call the police and have me thrown in jail."

Hupkowicz, who has also been suspended from his job, was arraigned in town court and released on his own recognizance.

Town Highway Superintendent Mark Wegner said the plow never made it out of the garage.

Periodically, town highway workers are assigned to scrub rust spots off of trucks they are assigned to, then spot paint the areas, according to Wegner.

Instead of doing that, Hupkowicz is alleged to have painted the political slogan on both sides of the truck.

“We are obviously disappointed by the alleged actions of this town worker,” Wegner said. “And we are thankful someone noticed this before the truck was driven out of the garage and onto the public streets.”

The worker was suspended pending the outcome of a hearing with union representatives and may face further disciplinary action.

Wegner says the truck will be repainted on Monday before it is put back into service.