When New York State denied a controversial natural gas pipeline project due to environmental concerns, environmentalists not only in Western New York, but also in Northern Pennsylvania cheered. 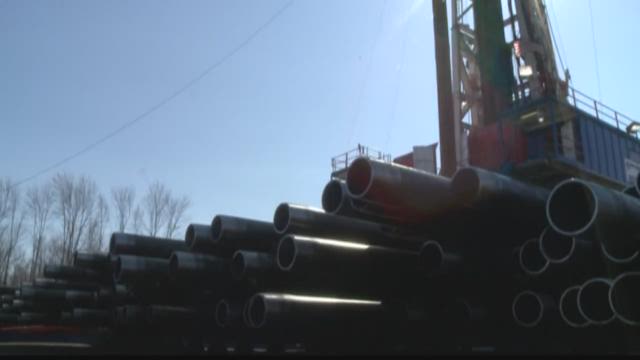 Activists there have had their eyes on Seneca Resources, the gas drilling company that would supply the Northern Access pipeline, if it were ever built.

Last month, 2 On Your Side was granted exclusive access to a natural gas drilling site in Northern Pennsylvania. If the Northern Access Pipeline was ever approved by New York State, natural gas to feed the pipeline would come from here and other drilling locations in this part of the state. A rig we visited is located in Sergeant Township, McKean County, Pennsylvania. It's operated by Seneca Resources, a subsidiary of National Fuel. Photographer Franco Ardito and Reporter Jeff Preval had to wear protective suits before we went into the site.

REPORTER: Why do we have to wear this?

"It's part of the safety protocol, because you are working in an area where there's live gas, so in the event that we would have a gas emergency where there might be a flash, this will help us from being burned," said Rob Bouleware, a spokesperson for Seneca Resources.

The company expects to be able to actually extract the gas in August. Environmentalists in this region have concerns about Seneca Resources.

"I think Seneca resources is a problem," said Alexander Lotorto of the Clean Air Council, "they're violating the law in many cases, and that's really the issue that we've had with all the drillers, they're cutting corners."

But, we looked at Seneca Resources inspection record from the Pennsylvania Department of Environmental Protection. Here's what we found over a 10-year period -- more than 600 violations of the state's Oil and Gas Act and Clean Streams Law -- infractions such as drilling with an expired permit and pollution materials discharged into waterways.

In April 2010, one inspection report says between 300 and 500 gallons of diesel spilled on a well pad and the company did not talk to someone in the Department of Environmental Protection until the following day.

"I'm concerned that that will increase with the Northern Access Pipeline and that it will be an unnecessary sacrifice of our environment, Pennsylvania and along the route of the pipeline through Western New York," Lotorto said.

REPORTER: Why are we seeing those things if you're following the rules?

"We expect the Pennsylvania Department of Environmental Protection to hold us to a high standard," Bouleware said, "and we spend that time trying to exceed that standard on a daily basis, we also understand that we're involved in an industrial process and on occasion there are incidents that take place."

On that diesel spill, Seneca Resources blames the incident on a contractor and says there were no impacts to groundwater. Seneca Resources points out that its been inspected more than 6,600 times over that 10-year span and when we did the math, that's about a nine percent violation to inspection rate.

"However rare they are, the industry needs to be held responsible for that," Lotorto said.

From Pennsylvania DEP inspection records, 2 On Your Side found Seneca Resources has been fined, nearly $900,000 over that 10-year span in civil penalties for various violations.

Despite all that, Seneca Resources and National Fuel maintain they both use best practices, but as you saw from the inspection records, environmentalists are not convinced that this is the case. National Fuel is appealing the DEC's decision of denying the Northern Access pipeline, hoping a federal court overturns the decision. Environmentalists hope that doesn't happen.