The 15-yr-old from rural Orleans County will go to Switzerland with the Shetland Sheepdog to compete in American Kennel Club’s European Open Juniors Agility contest. 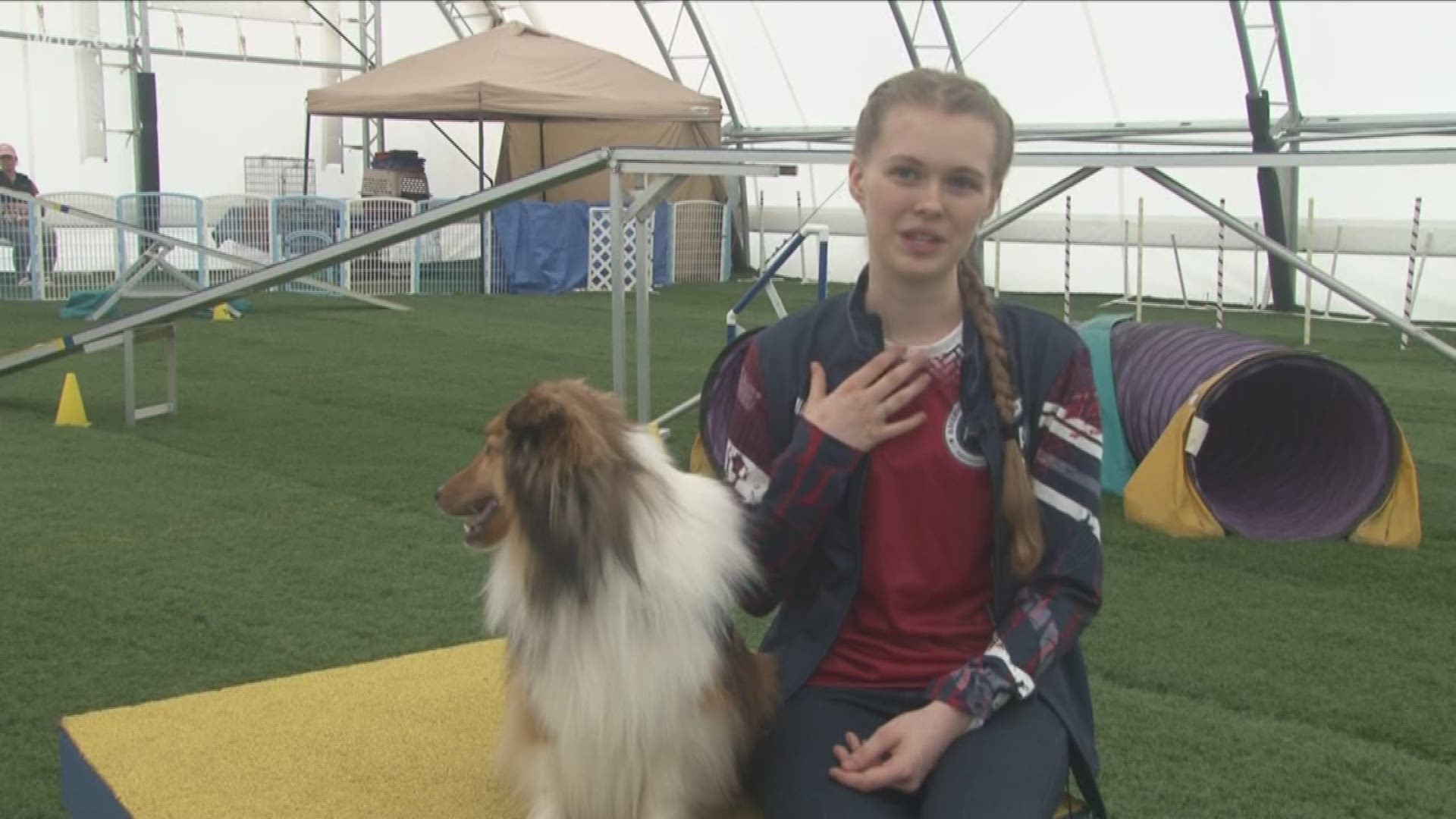 ALBION, N.Y. — A teen from rural Orleans County is going to Switzerland in July to compete with her four-legged partner in the American Kennel Club's European Open Juniors Agility competition representing Team USA.

Lydia Hofmann, 15, of Albion, and 5-year-old Shetland Sheepdog Chase are one of 19 pairs on Team USA. They are tested on speed and accuracy in an obstacle course similar to the one in which Hofmann trains at Agility Dream Dogs in Albion.

"She's built such a bond with him over the time that she's been here and he responds to just about every move that she makes," said Della Sliker owner of Agility Dream Dogs.

"He just follows me wherever I go throughout the day. But when he sees Lydia it's a different story. His eyes light up and he is ready to play," said Mamau.

Now they train weekly on obstacles like the teeter-totter, A-frame, incline, hurdles and tunnels. Hofmann directs Chase through verbal and physical cues as she runs along side him.They compete in AKC agility trials and competitions through the Orleans County 4-H Club.

"The relationship is a lot about the teamwork. We have to work together. It's like the willingness for him to work with me and me willing to work with him- that's sort of where the love is centered," said Hofmann.

Hofmann, who is home-schooled, is considering pursuing a career as a veterinarian.