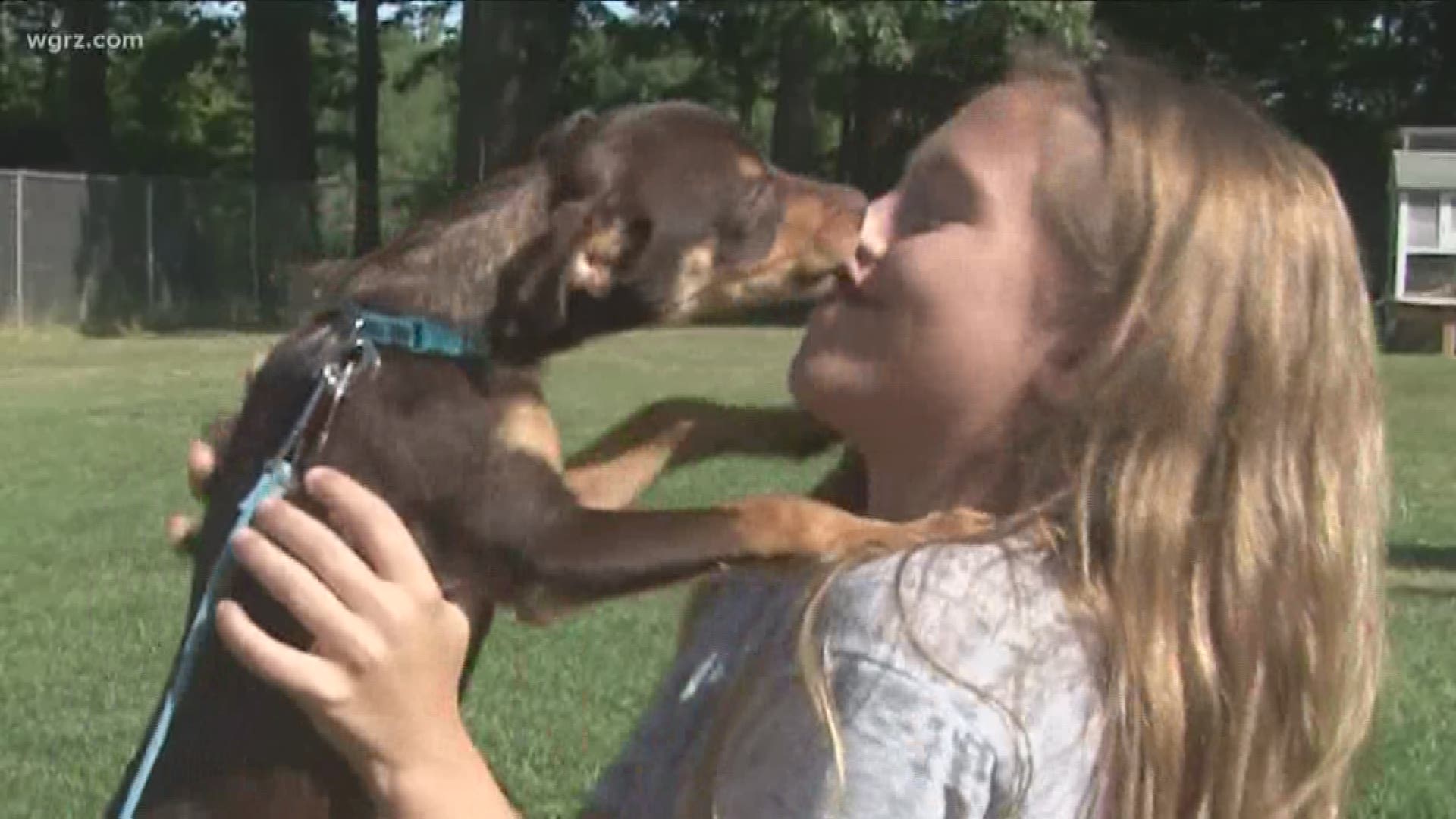 BLASDELL, N.Y. — An Orchard Park Middle School student has been doing fundraisers for years by simply selling lemonade and candy bars. Dollar by dollar, she has raised enough money to help rescue dozens of animals. Twelve-year-old Thea Nahrebeski, of Blasdell, is this week's "Great Kid."

Thea has four dogs, four cats, six chickens and many Koi fish. But she doesn't just love her animals; she loves all animals.

Her rescue dog Shayla opened her eyes and her heart.

"Once we adopted Shayla I decided it wasn't fair to certain dogs that get abused and hurt and I think they should always get a second chance. And then I thought what if I raised money for an animal shelter and I instantly thought of Joyful Rescues," said Thea.

Joyful Rescues founder Joye Turock says in its 16 years of existence the non-profit has adopted out more than 10,000 animals that they brought from high-kill shelters and puppy mills. Turock says Joyful Rescues receives transports every two weeks, with 15 to 28 dogs in each transport.

Joyful Rescues is located in Cuba, NY, and every Saturday from 11:30 a.m. to 2 p.m. they bring adoptable dogs and cats to the PetSmart locations in Orchard Park and Webster.

Their rescue missions rely completely on donations—they receive no funding—and Thea has helped to contribute in a big way.

"I did two lemonade stands and then we started to take Niagara Chocolate bars and sell them," she said.

In all she's raised about $5000 over the past 5 years, which not only has gone to sponsoring transports, but also to buying a play yard for Joyful Rescues dogs. Thea has also donated to the Ten Lives Club.

"I think she is one amazing child," said Turock. "And I think her parents are also amazing to support her in all of this."