After four rounds of chemo and being in a coma for 21 days, her family didn't know if Nya Ricks would ever be able to dance again. Now she's winning national titles. 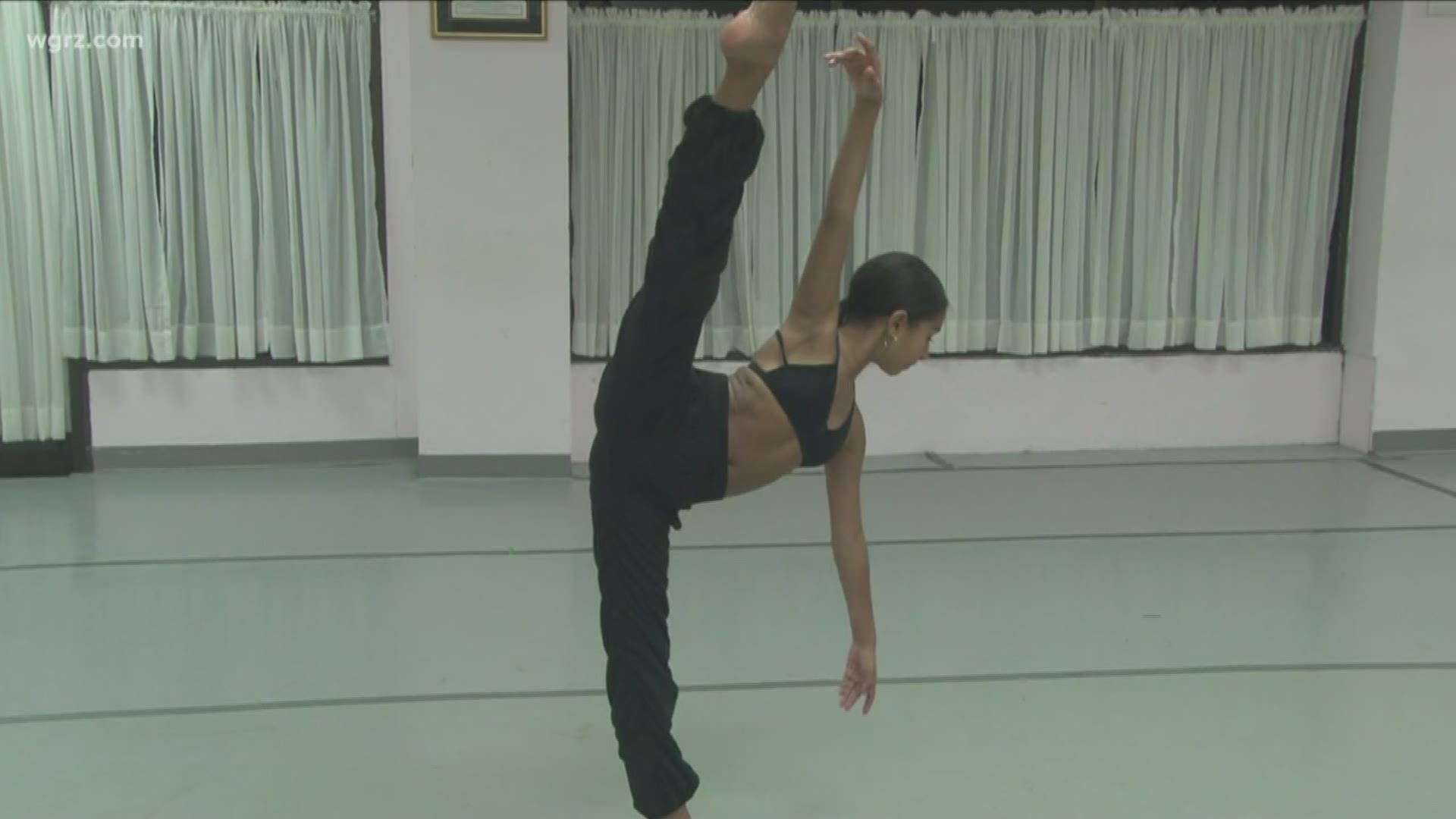 CHEEKTOWAGA, N.Y. — A Cheektowaga 12-year-old is dancing in a featured role in "The Nutcracker," and is in talks with national talent agents, but her greatest accomplishment is beating cancer.

Nya Ricks, a Maryvale Middle School 7th grade student, is gracing the stage as young Clara in the American Academy of Ballet's (AAB) upcoming production of "The Nutcracker."

"She's every teacher's dream student," said Maris Battaglia, director and founder of AAB. "It's not just her natural talent- a lot of kids have natural talent- it's her attitude in the classroom, her enthusiasm. She's just a joy."

Nya is not just an accomplished dancer, but she's an actress too. She received callbacks and interest from two dozen agents at the International Modeling and Talent Association competition in July. She competed against hundreds of other participants and was named Pre-Teen Dancer of the Year, and earned first runner up for Pre-Teen Actor of the Year.

Nya's acting coach Susan Makai from Personal Best says Nya's got that special something - the "it factor."

"She's very focused," said Makai. "And I'm really really proud of her. I'm proud that she's here and that I have a chance to work with her."

The fact that Nya's here at all is a miracle.

At the age of 6, Nya was diagnosed with acute myeloid leukemia. She underwent four rounds of chemotherapy at Roswell Park Comprehensive Cancer Center. During her treatment, she suffered life-threatening septic shock. Nya was in a coma for 21 days.

"Septic shock can take your life within an hour," said Nya's mother, Lindsay Ricks. "[The doctors] really worked hard on bringing Nya back."

Nya and her family focused on survival, so everything else was an afterthought.

"To be honest with you, we didn't think Nya would dance again," said Nya's mother.

"Getting back to even walking was so hard. I was thinking, 'how am I supposed to be able to be dancing and be this big star if I can't even walk?'" said Nya.

So she pushed herself to walk, and then to dance.

"She's learned from the challenges and it's made her a much better person, stronger person and a stronger actress and performer," said Makai.

And when she's not performing, and earning straight A's in school, Nya's giving back to other kids fighting cancer. She collects and donates pajamas to give to them, because PJ's were her outfit of choice all those months in the hospital. Nya, whose nickname is Noodle, named her charity Nya's Noodle Network.

"Just seeing the brightness on kids faces I know I'm doing something good," she said.

Lindsay says she's beyond proud of her daughter.

"We're just grateful Nya's alive and healthy and all this additional stuff is just bonus to us," she said.

"She's a big inspiration to other kids," said Makai.

"She's been through a lot in her little life, and she's such a joy all the time," said Battaglia.

When asked what she wants to be when she grows up, Nya can't decide between her two passions - theater and medicine.

"I would like to be on Broadway using my acting, singing and dancing...but I would also like to be an anesthesiologist," she said. "I'm just beyond grateful that I was able to overcome my cancer and that I'm here today."

To find out more about AAB's production of "The Nutcracker" and to purchase tickets, click here.