Twins Samantha and Elizabeth Maroshick have found their own ways to shine, while doing practically everything together, including ranking at the top of their class. 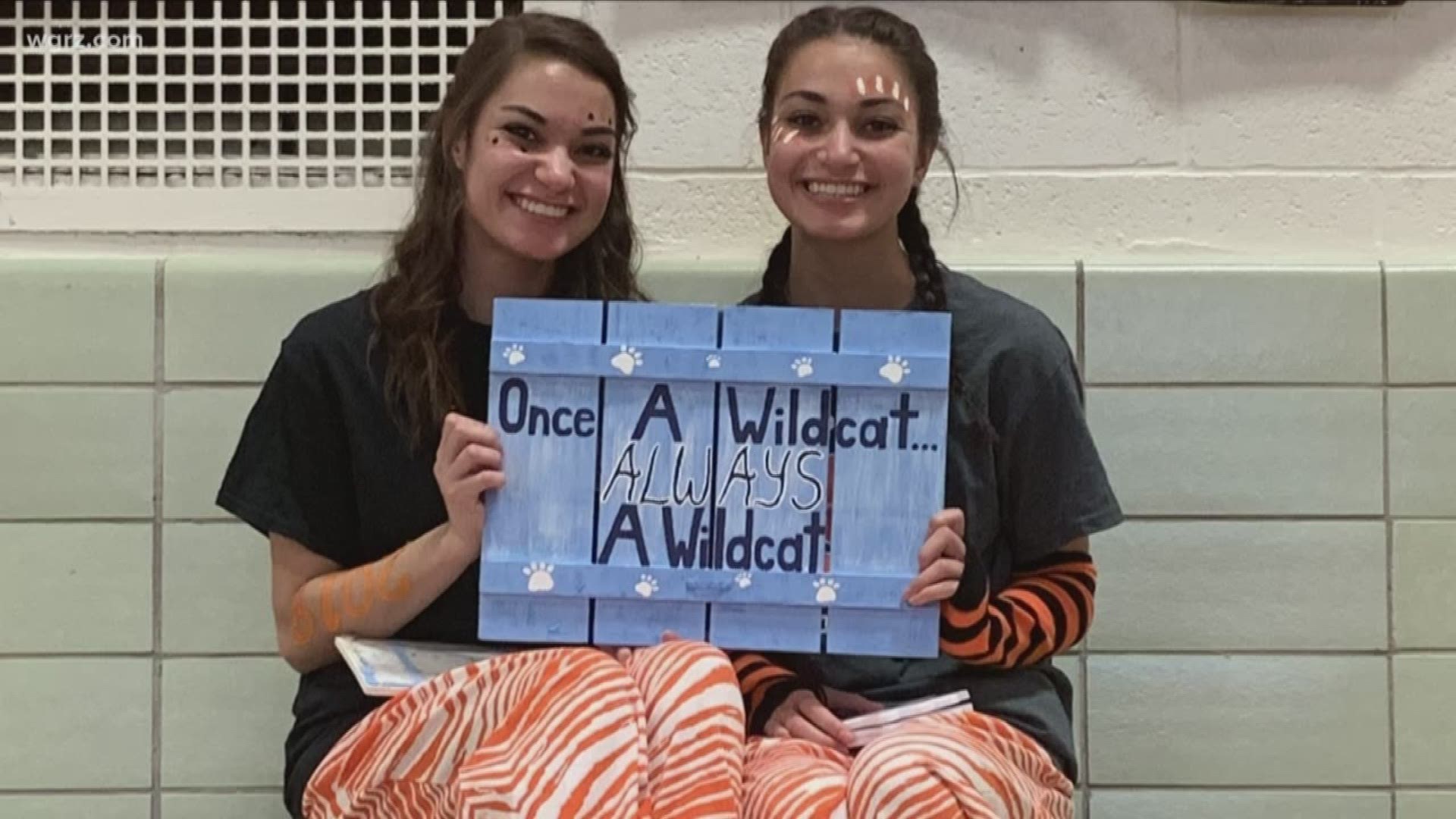 DEPEW, N.Y. — For their entire lives Samantha and Elizabeth Maroshick have been each other's best friend and fiercest competitor.

Sam is graduating as Depew High School's valedictorian with a 101 GPA. She took 9 AP classes and earned a 1570 on the SATs.

The girls admit Sam is the hyper-focused and studious twin, and Liz is the artistic and extroverted twin. Together they make the perfect team.

They share mostly the same group of friends, and participate in many of the same extracurricular activities.

Liz is senior class Vice President. Sam is treasurer. They're in Spanish Club, National Honor Society, co-editors of the school newspaper, co-captains on the varsity golf team, and they're both in a handful of service clubs. They also sing and play musical instruments - Liz the alto saxophone and Sam the clarinet - in nearly every music group the school offers.

And with all of that, they've found their own ways to shine.

Sam is a third degree black belt in taekwondo.

"I teach as well so that's been my main focus the past few years," she said.

Liz has been the lead in her school musicals including playing Annie in Annie her sophomore year, Ursula in The Little Mermaid her junior year, and Belle in Beauty and the Beast her senior year. She also dances with the American Academy of Ballet and volunteers with Danceability.

"If I'm ever complaining about how I'm busy then I'm like, 'how can I make myself less busy?" And I really couldn't cut anything out.  I love everything that I'm doing," said Sam.

"They are competitive. When the report cards come in each quarter, they'd look at the others and say, 'how did you do?' They definitely fed off one another and that helped them get to where they are," said their father, David Maroshick, who also teaches at Depew High School. "They're very motivated. They're very driven. They're very goal oriented. But on top of that, they're just good girls. Which I think I'm most proud of."

One of their music teachers, Janine Yelich, who nominated the Maroshick twins to be featured as 2 On Your Side's Great Grads, marvels at their success.

Their futures clearly are bright. Liz will study film, television and theater at her self-proclaimed dream school Notre Dame. She's interested in pursuing a career in film production.

Sam is going to Harvard. She plans to study sociology with a focus on global development.

The first time in their lives the Maroshick twins will be known simply as individuals.

"It's definitely been hard to differentiate ourselves as people so having a fresh start will be very refreshing," said Liz.

They said their excitement will outweigh their fears.

They agreed one more challenge they'll face when they go off to college is splitting up their wardrobe. As teen twin sisters, clothing seem to be the focus of most of their arguments.