Along with bike paths and walking paths, the amphitheater is expected to open two years from now and be large enough to seat 8,000 people. 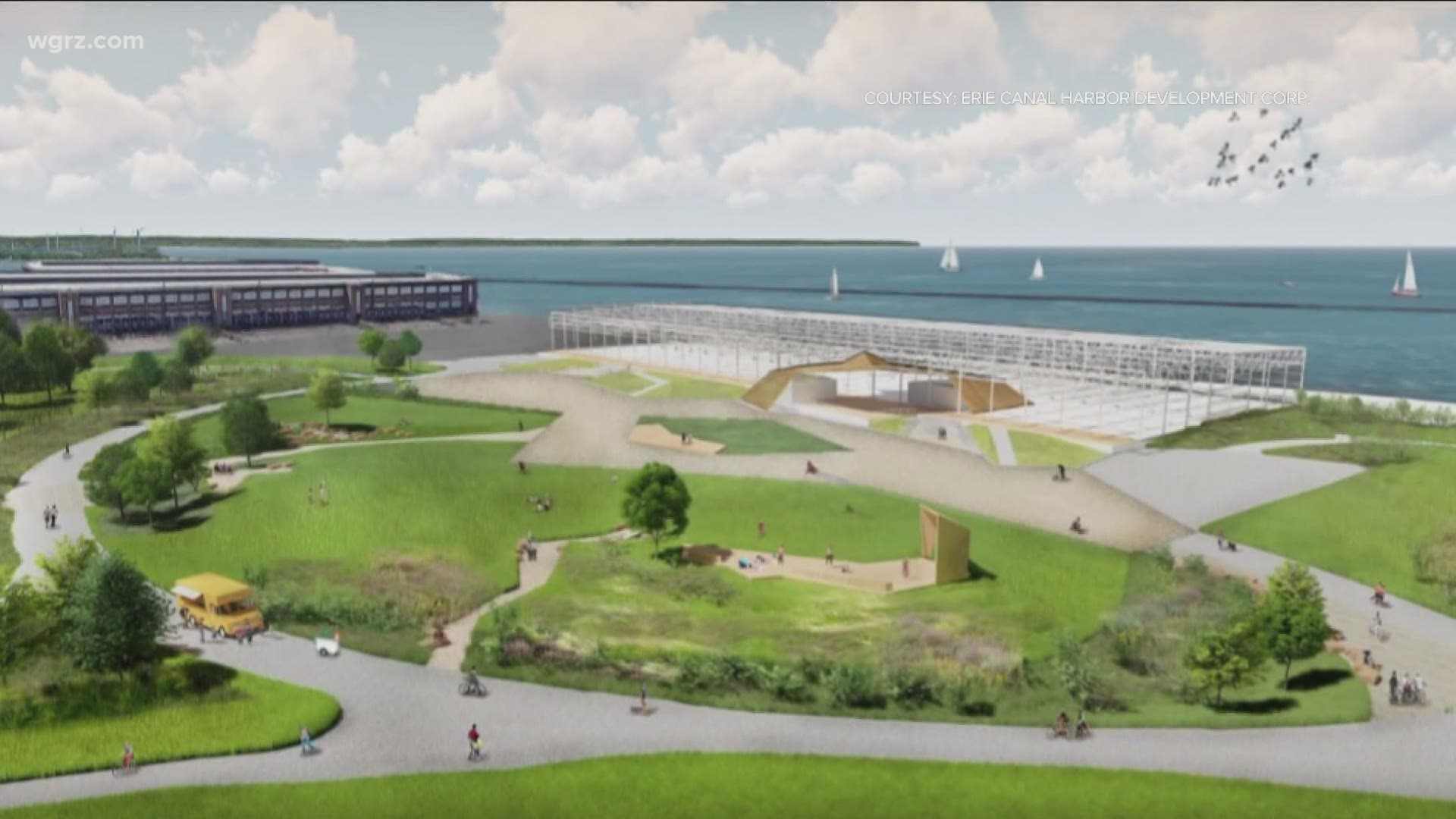 BUFFALO, N.Y. — Plans are moving ahead to build yet another attraction on Buffalo's Waterfront – tearing down a warehouse on the Outer Harbor and building an amphitheater for live concerts.

The largely vacant warehouse is called Terminal B. Looking at it could really make you cringe, but many are imagining this place rocking with live concerts and performances.

That's the thinking over at Erie Canal Harbor Development Corporation.

"So we're extending that vision of activating the waterfront and bringing it south here opening this area," said Steven Ranalli, president of the Erie Canal Harbor Development Corporation.

Along with bike paths and walking paths, the amphitheater is expected to open two years from now and be large enough to seat 8,000 people.

"Canalside concerts are typically in the 6-7,000 range," Ranalli said. "We've got a lot of space out here, we'll now have a couple lawns nearby and with the amphitheater, so we think we'll have more than enough space to host these large events."

Because of all the development at Canalside – with the carousel and residential units moving in – concerts at Canalside would eventually move to the Outer Harbor.

"We really needed a space to pull those off in a more efficient way, take advantage of what's out here which includes 1,000 car parking lot which is right next door to it, in addition to all the parking on the street," Ranalli said.

As for what's expected this summer, a drive-in concert and the Thunder on the Buffalo Waterfront airshow is set to roll next month, plus a lot of Canalside programming will return this year, so stay tuned. There will be no 4th of July Celebration at Canalside this year.

"It's going to be a low-key summer, I think everybody can get outside enjoy the weather, be safe and really have a great time on the Buffalo Waterfront this year," Ranalli said.

The amphitheater doesn't have an official name yet and still has to get city approval. The Buffalo Planning Board approved the project Monday.

The project is expected to break ground this fall at a cost of $10 million using Buffalo Billion money.