The Pillars Estate is for sale in Albion, but any potential buyer will have to share the space with spirit who roam the rooms and walk the halls of this magnificent mansion. 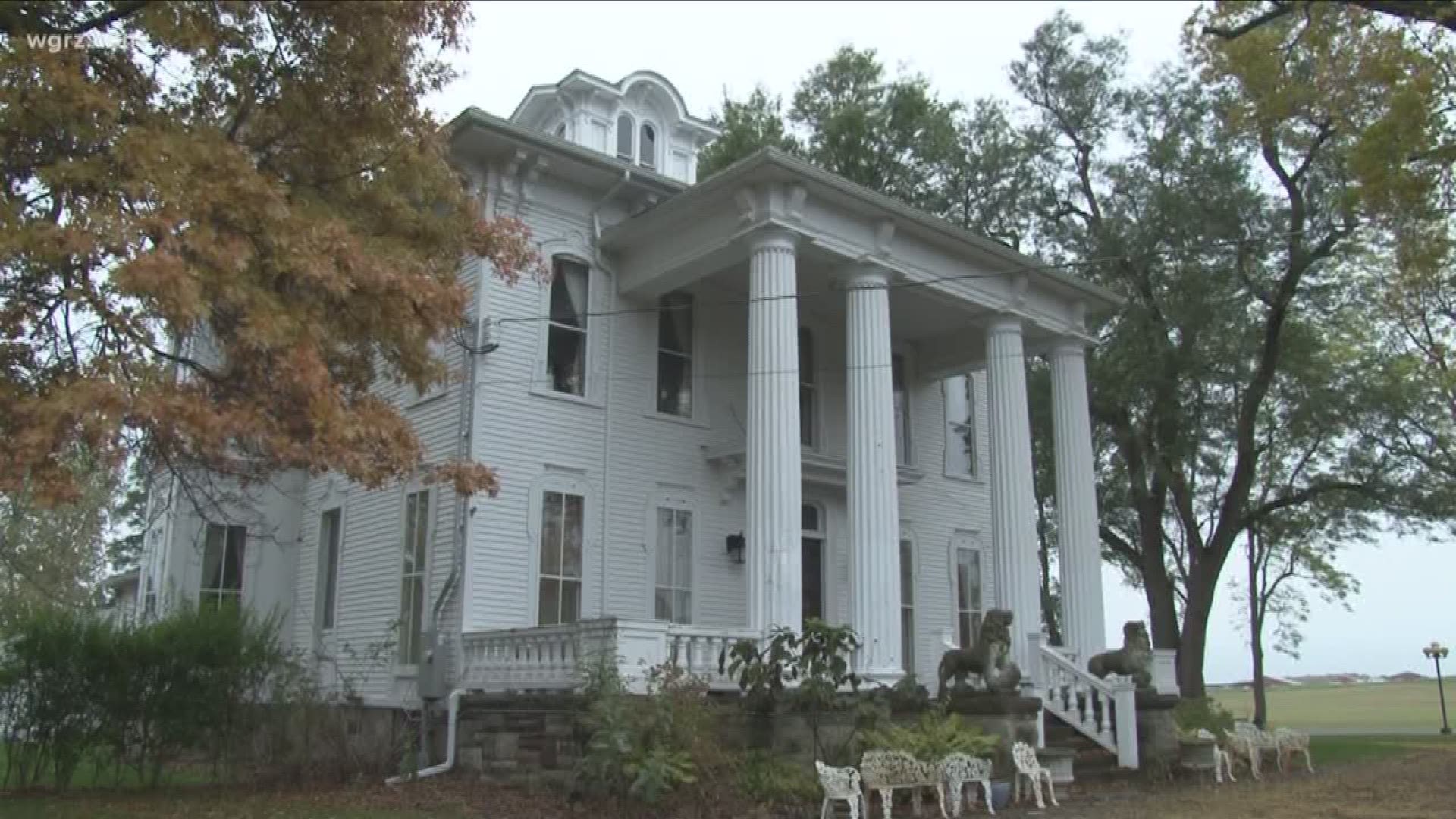 TOWN OF ALBION, N.Y. -- When Tony McMurtrie broke into an abandoned and run-down mansion in Orleans County, he felt a calling to purchase the property. More than a decade later, he now shares the space with spirits, and he's just fine with that.

"They're nice," he said of the ghosts who he says live in The Pillar Estates, a 7,000+ square foot Victorian home on W County House Road in the Town of Albion.

The mansion, which was built just after the Civil War, is for sale for $499,000, which is down more than 50% from the list price of $1 million back a few years ago.

Tony says he won't sell the house to just anyone.

"There's just too much love and passion into this house," he said, explaining he's afraid some owners would come in and put up track lighting and other modern touches that would ruin the home's appeal.

The mansion has 6 bedrooms, 6 bathrooms and a massive ballroom that was added in 2011. Its parlors, library and many other rooms have all been restored to their original grandeur.

The Pillar Estates is part of New York State's Haunted History Trail, and it was recently featured in an article from The Daily Mail, a newspaper in Great Britain. "So cheap it's scary!" the headline reads.

Zillow profiled the mansion in an online video back in 2015, just before the house was first listed for sale in 2016.

In the video, Tony explains how he believes the spirit of Mrs. Carr roams through the house. She was the primary caretaker of the home and wife to its original owner.

Instead of facing a bulldozer, the mansion has been transformed into a magnificent piece of property.

"The whole house has been overhauled," Tony explained. "From the roof, to the electrical, the heating system -- everything's new."

He says he'll start listing the home on AirBNB this coming spring.

As far as purchasers, there has been quite a bit of interest, according to the home's listing agent.

"Some are thinking about turning it into perhaps a wedding venue," said Cheryl Krug Wirth with Woodroe Realty. "Others are talking about a bed and breakfast. Others just their vacation home from Canada."

Tony says the next buyer should beware. They'll have to share the space with the spirits who have called the house a home for more than 100 years.