The district hired a security firm to do a campus wide security assessment. 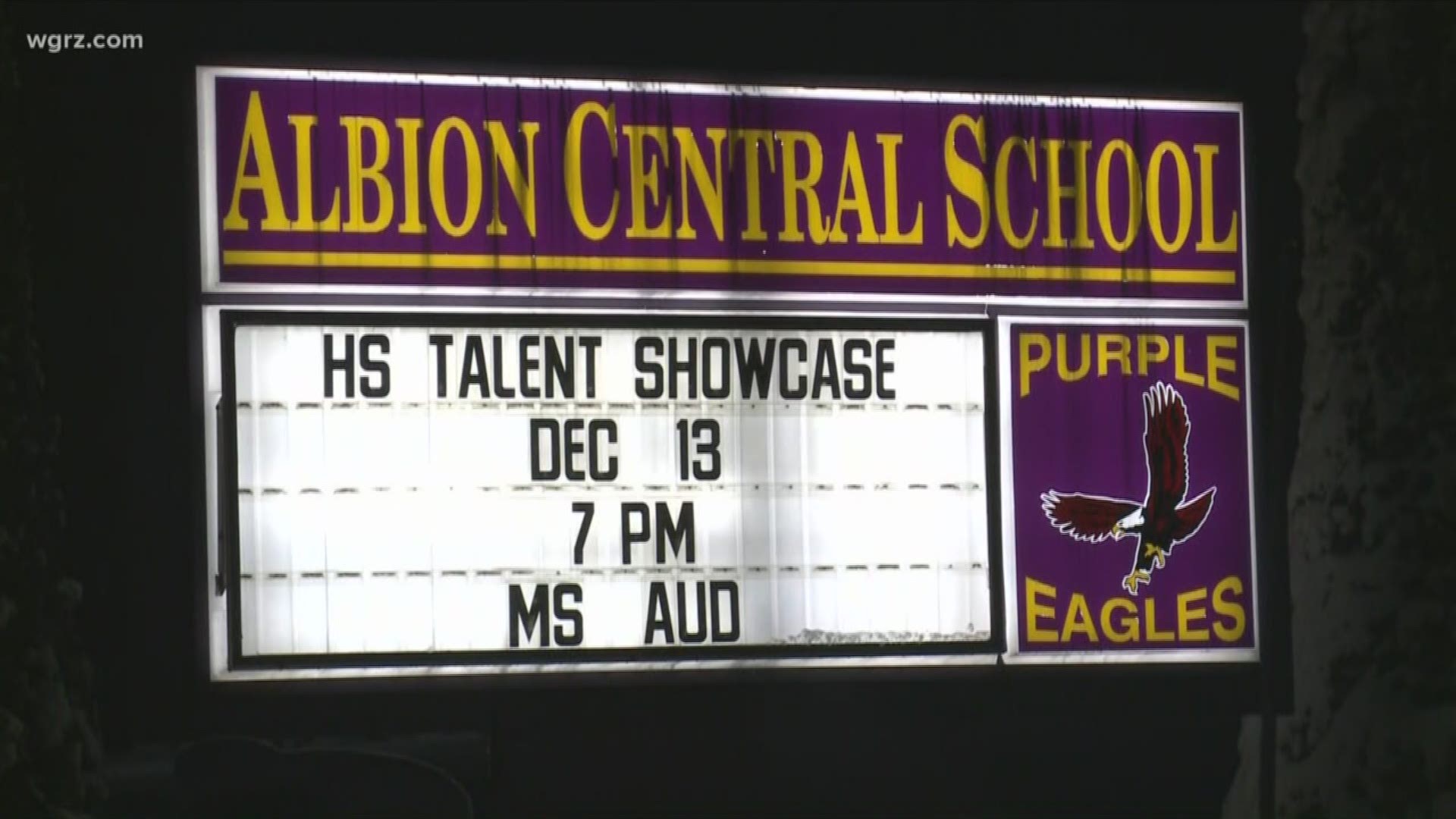 ALBION, N.Y. — After three middle school kids were charged with conspiring to attack their school, the Albion Central School District said they are working to make some changes to make sure every kid is safe.

During Monday's regularly scheduled school board meeting, Board President Kathy Harling started the meeting by addressing the safety concerns of parents.

Harling assured parents that work is being done behind the scenes to step up safety measures.

“I want to assure you there are a lot of things going on behind the scenes in an effort to make our school safer" said Harling. "Committees are being formed, meetings are being held, experts are being consulted. I know it’s frustrating when you are not seeing immediate action. I know it’s scary to have your children outside of your control for six hours a day. You have to trust that the school is doing everything it can to protect them."

In response to the community forum earlier this month, Superintendent Michael Bonnewell said the district is looking into metal detectors as a possible avenue to keep kids safe.

Bonnewell said the district hired Armoured One, a security firm, to do a campus-wide security assessment. They have also arranged to have a meeting with local law enforcement to learn about intervention.

During the public forum Albion resident Jeremy Nellis addressed the board.“It seems like there was an incident last year and then an incident this year. It seems like kind of a reoccurring thing and we’ve been on top of it, you guys have been on top of it the last two times, but your two for two your odds are pretty good but it’s scary, it’s scary.”

The three students who were arrested were suspended and a judge ordered them to stay at home with 24 hour supervision and no internet access.

The security assessment will begin on December 4th, the results will be presented to the board in executive session on December 16th.

Any changes that would be made as a result of their findings would be announced in public session afterwards.

RELATED: Case against Albion teens to head to trial