In a letter sent to parents Wednesday, the superintendent says the threats were made via the gaming app "Discord." 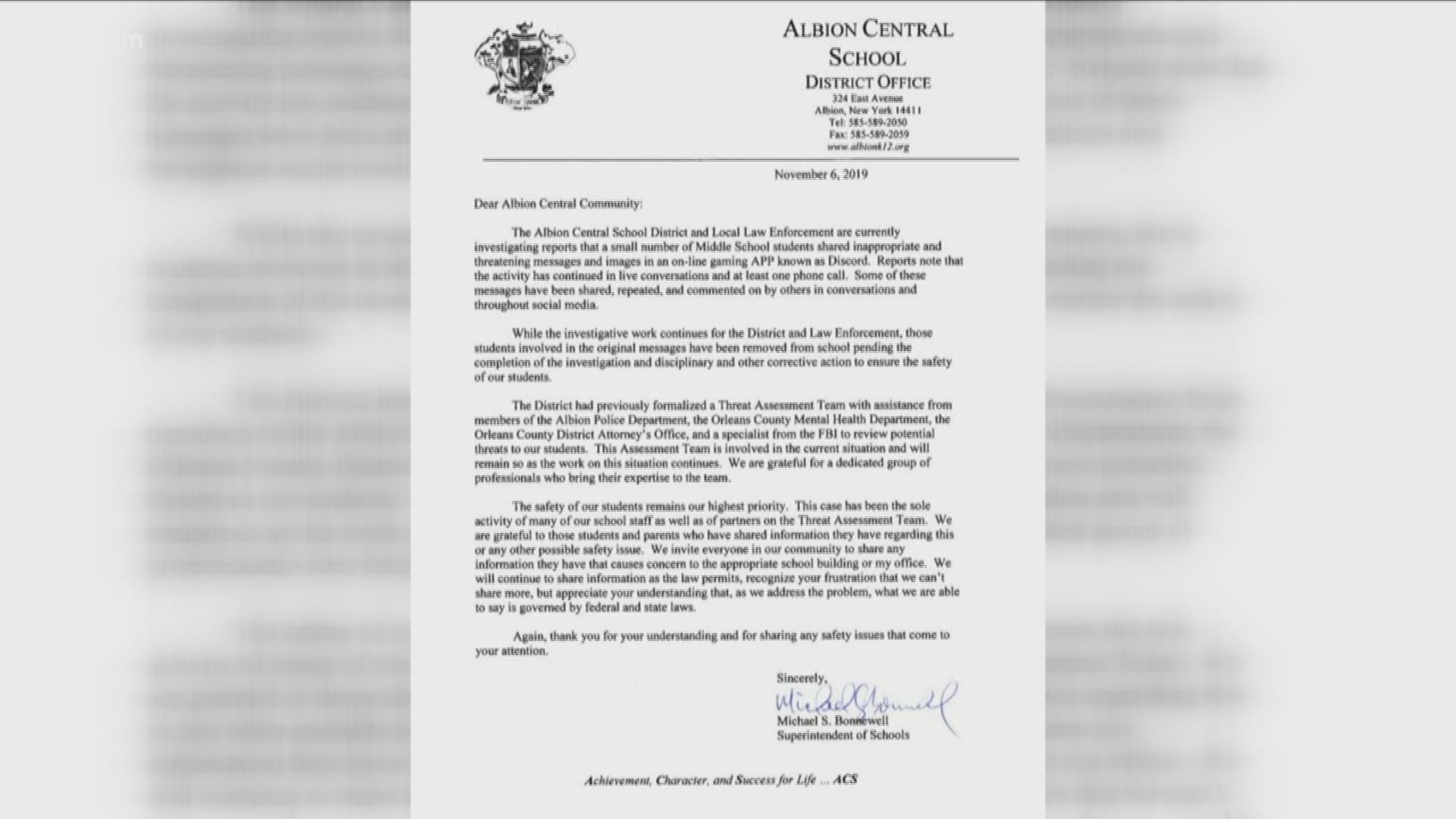 ALBION, N.Y. — Several middle school students in Albion are being removed from school after inappropriate and threatening messages were found on social media.

According to a letter sent home to parents from the district's superintendent, Michael Bonnewell, the students were sharing the messages on the gaming app known as "Discord." Those messages were then repeated by students on social media and online.

The district says the small number of middle school students were removed from class pending an investigation and for the safety of all students.

The district's Threat Assessment Team is being assisted by several other departments, including the Albion Police Department, the Orleans County District Attorney's Office, and a specialist from the FBI.

In the letter, Superintendent Bonnewell asked that any parents or students with information go to police.

Ina a statement sent to 2 On Your Side, Sean Li, Director of Trust and Safety at Discord said, “We’re committed to ensuring that Discord is a positive and safe place for all our users. We have a zero-tolerance approach to harassment and illegal activity on our platform and take immediate action when we become aware of it.” 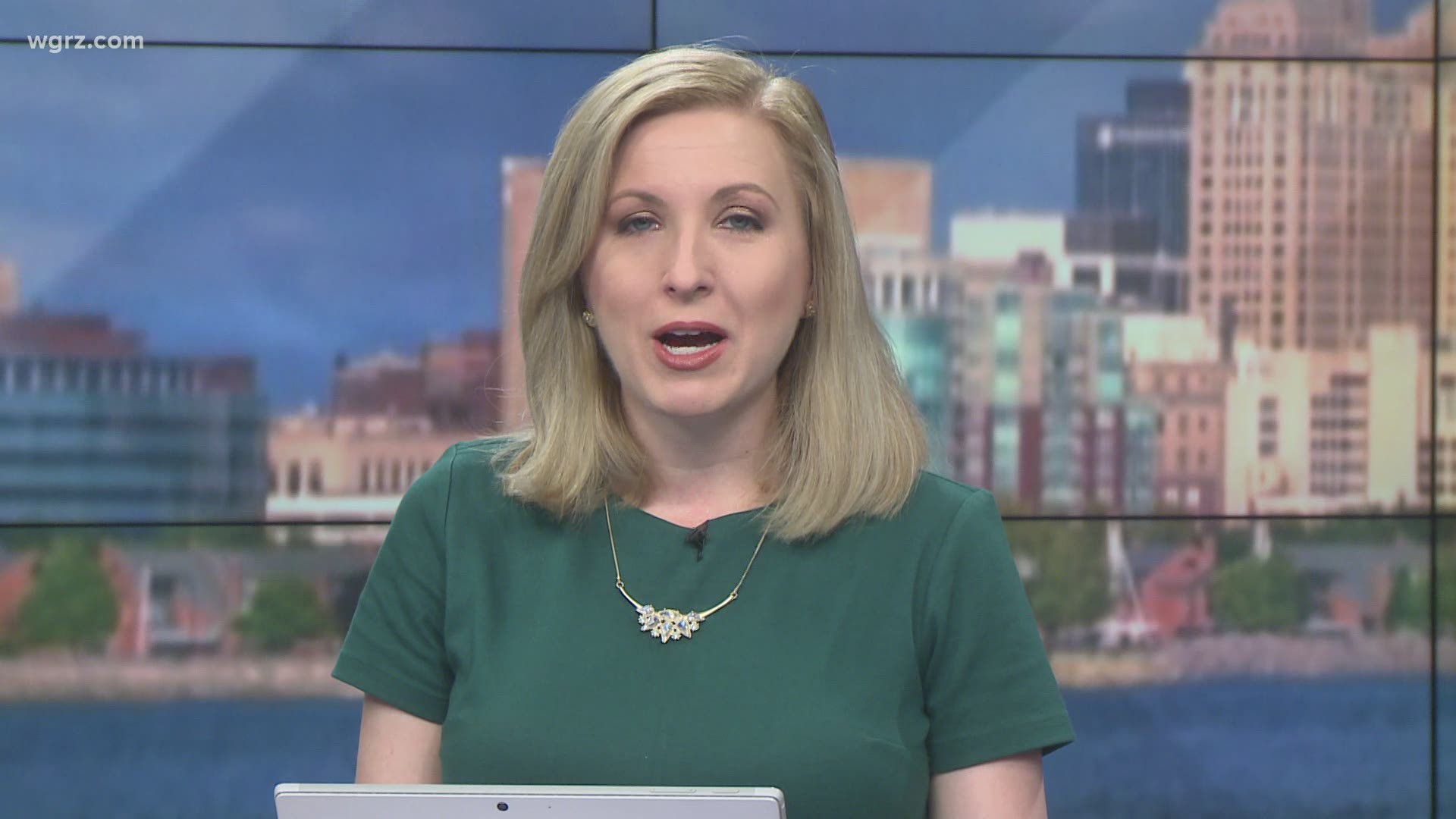