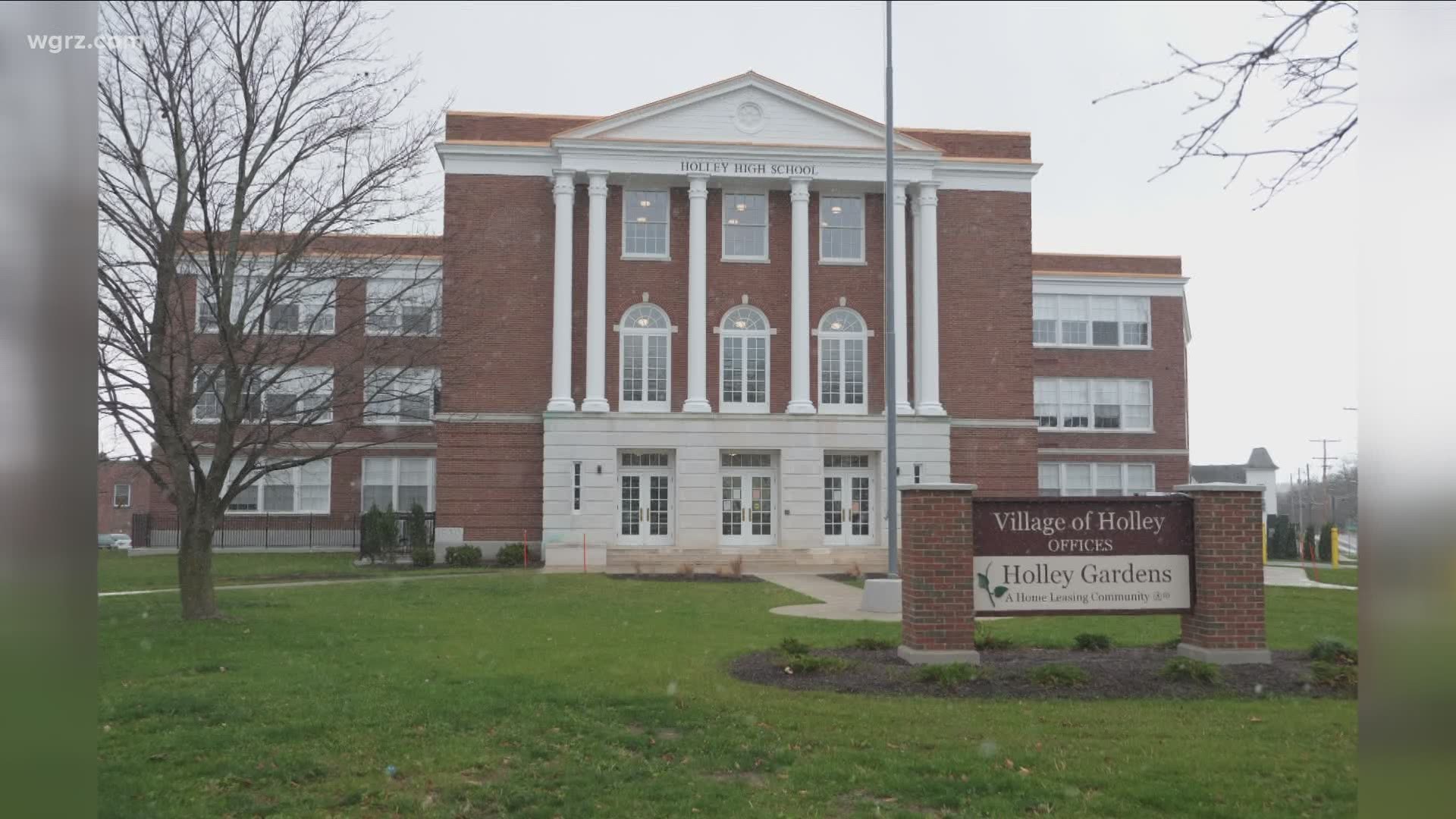 Out of the 11 awards given, Holley Gardens in Orleans County was among them. The Holley Gardens adaptive reuse apartments won an "Excellence in Historic Building Rehabilitation" award.

In 2020, Home Leasing and Edgemere Development rehabilitated the former high school and created a mixed-use site. The state says the building was first built between 1930 and 1931 and used to be Holley High. It had been vacant since 1975.

Now the space features 41 affordable housing units for seniors, and the Village of Holley government's office and meeting space.

The awards are given to the locations that honor the protection and revitalization of historic and cultural resources.