Chase Johnson's niece told 2 On Your Side her uncle is 'fighting for his life right now.' 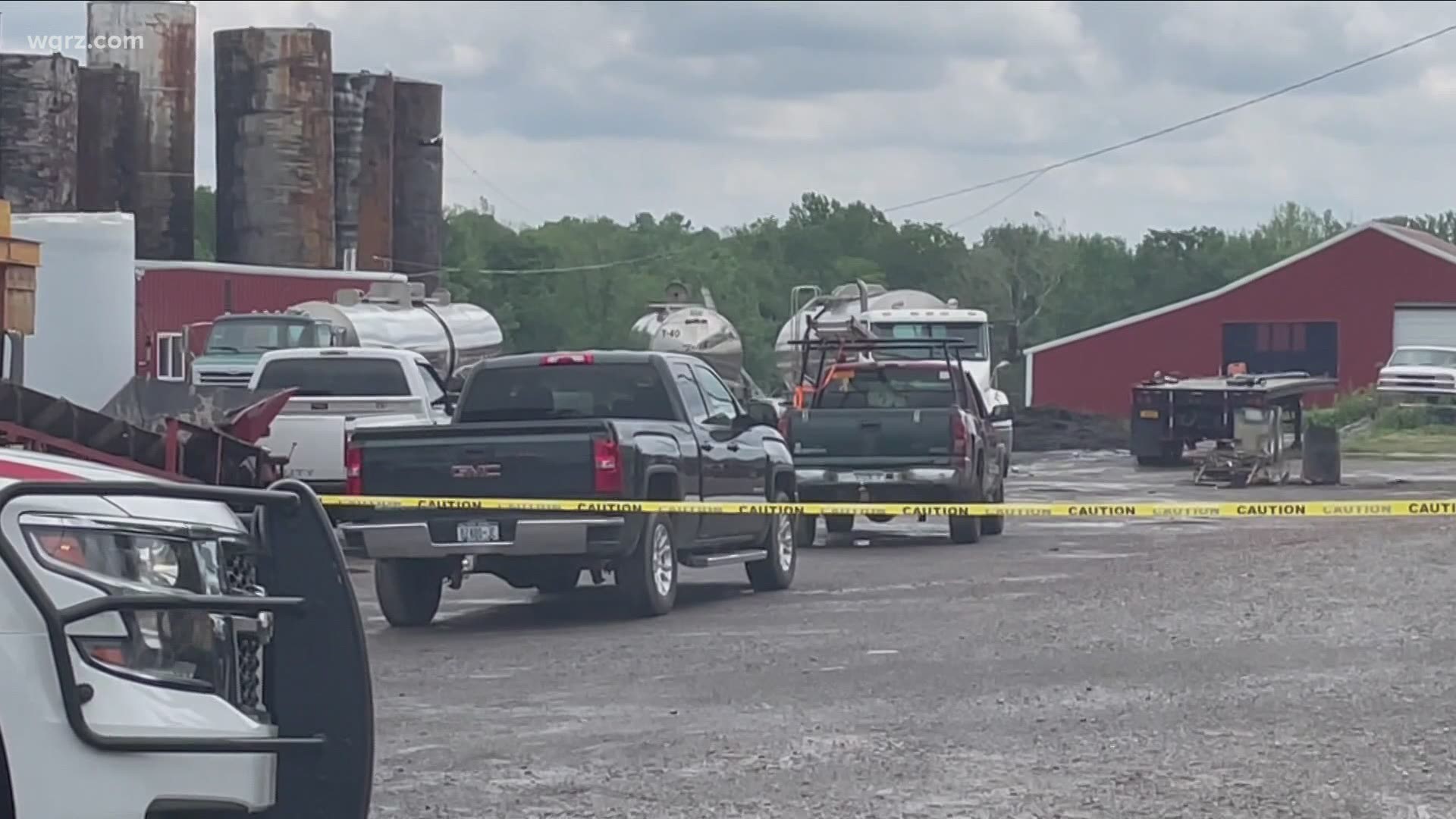 YATES, N.Y. — UPDATE: Since this story was published a spokesperson for Millenium Roads, the company at which this incident took place, provided new information that runs contrary to remarks made by the family member in this article.

In a statement the spokesperson, Arnie Rothschild clarified that there were no witnesses at the scene during the June 8 incident despite statements provided by the niece of Chase Johnson to 2 On Your Side.

The Orleans County Sheriff's Office continues to investigate the case.

The owners of the company added, "everyone at Millenium Roads is working diligently with authorities to determine the cause of this tragic accident."

They concluded, "Thank you for keeping both our families in your prayers," in reference to Keegan Bayne, the 19-year-old who died, and Johnson, who remains in critical condition as of Sunday.

ORIGINAL STORY: The niece of a 35-year-old Orleans County man involved in a deadly workplace accident in the Town of Yates on Tuesday said her uncle remains in critical condition at a Rochester hospital.

Chase Johnson, 35, was found unconscious in a tanker truck used to carry deicing liquid around 11 a.m., alongside 19-year-old Keegan Bayne.

Johnson's niece, Sabrina Passucci, told 2 On Your Side the teen had been cleaning out the tanker when "he [Johnson] noticed the power washer wasn't going anymore. He went to go check on him, he saw him face down unconscious in the tanker and jumped in to try and save him, and the fumes just overcame him," Passucci said.

Her uncle collapsed, leaving both he and Bayne unknowingly in need of help.

Passucci said an unanswered call to Johnson's cellphone, however, led a co-worker to the tanker truck, and when he discovered the two men, he called 911.

"He's so loving and caring, and to risk his life like that for another person, he's just such a great guy," Passucci said.

"When he recovers ... and I'm trying to keep my faith as hard as it is. It's going to be a long recovery road," she added.

The family is grieving after Bayne's death, but they're still holding out hope that Johnson will pull through and will be able to get back to feeding calves with his two little girls, Maci and Grace, and embrace his wife Angelina.

"I have tried to reach out to everybody, just say your prayers for him if you have a minute... just anything will help them on this really long journey ahead," Passucci said.

Passucci started a GoFundMe for the family which has raised over $4,000 as of Friday night.