Marijuana retail issue up for discussion in Town of Orchard Park

There is apparent split among the remaining two town board members who actually decide. That prevents a decisive majority vote on whether or not to opt out. 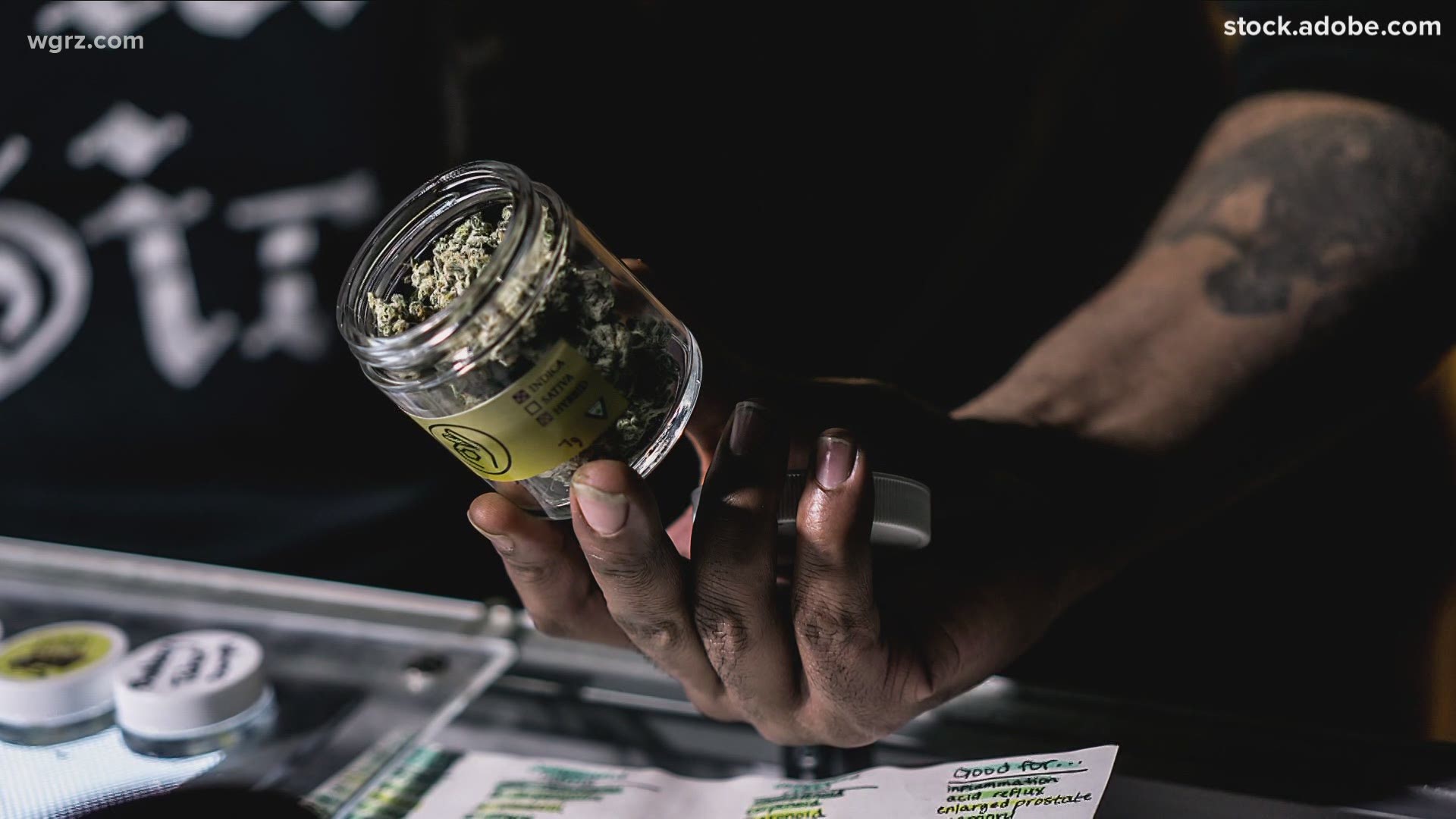 ORCHARD PARK, N.Y. — With the passage of New York's marijuana legalization, every community and their local government must technically decide by December 31 if they want to opt out of that state agreement which would allow for marijuana dispensaries within all town, village, or city limits.

That's the subject of discussion right now in one prominent Southtowns community.

This is quite an interesting situation in the town of Orchard Park because of its current government situation. There are only two town board members who can vote on this since they had downsized years ago down to three decision-makers, including the supervisor.

That former supervisor, Patrick Keem, actually resigned last year for personal family reasons. Come next January the town government will go up to a five-member board with the election of new board members and a supervisor in November.

However, for now, and the rest of this calendar year, there is an apparent town board split on the question of whether the Town of Orchard Park should opt-out to not allow retail dispensaries and actual consumption in a particular business location.

Technically without a majority to opt-out, that would allow Democratic Councilman Conor Flynn to prevail with his position that the town should allow marijuana distribution. His opinion, as he told 2 On Your Side in a brief phone conversation, is to look at the eventual zoning regulations to allow such activity within the town.

We hope to speak more with Flynn, who was not available for due to weekend plans.

We were able to interview Republican Councilman Gene Majchrzak, who is also running for town supervisor in the November election. He says he feels the town government should opt out this year with the chance to rejoin the state program in following years. That is after the new board members and a new supervisor are elected and sworn in to make future decisions for the town. .

Also, there is one more factor with a survey for town residents on the town government website with questions on allowing dispensaries or on-site consumption. It is only for the 30,000 town residents and will run through August 15.

Councilman Majchrzak contends if the town does not decide to opt out by the end of this year it is locked in forever to allow such marijuana related businesses  Majchrzak says, "I like to take a read on the public, their input on important issues like this. But if you're asking me as just a resident of Orchard Park, I would opt out, and the reason I would opt out is, one, that I will take a long hard look at the survey. And I would take into account the research that I have done, which has been face to face."