A public meeting was held Tuesday to go over a project aimed at improving safety at one of the town's busiest intersections. 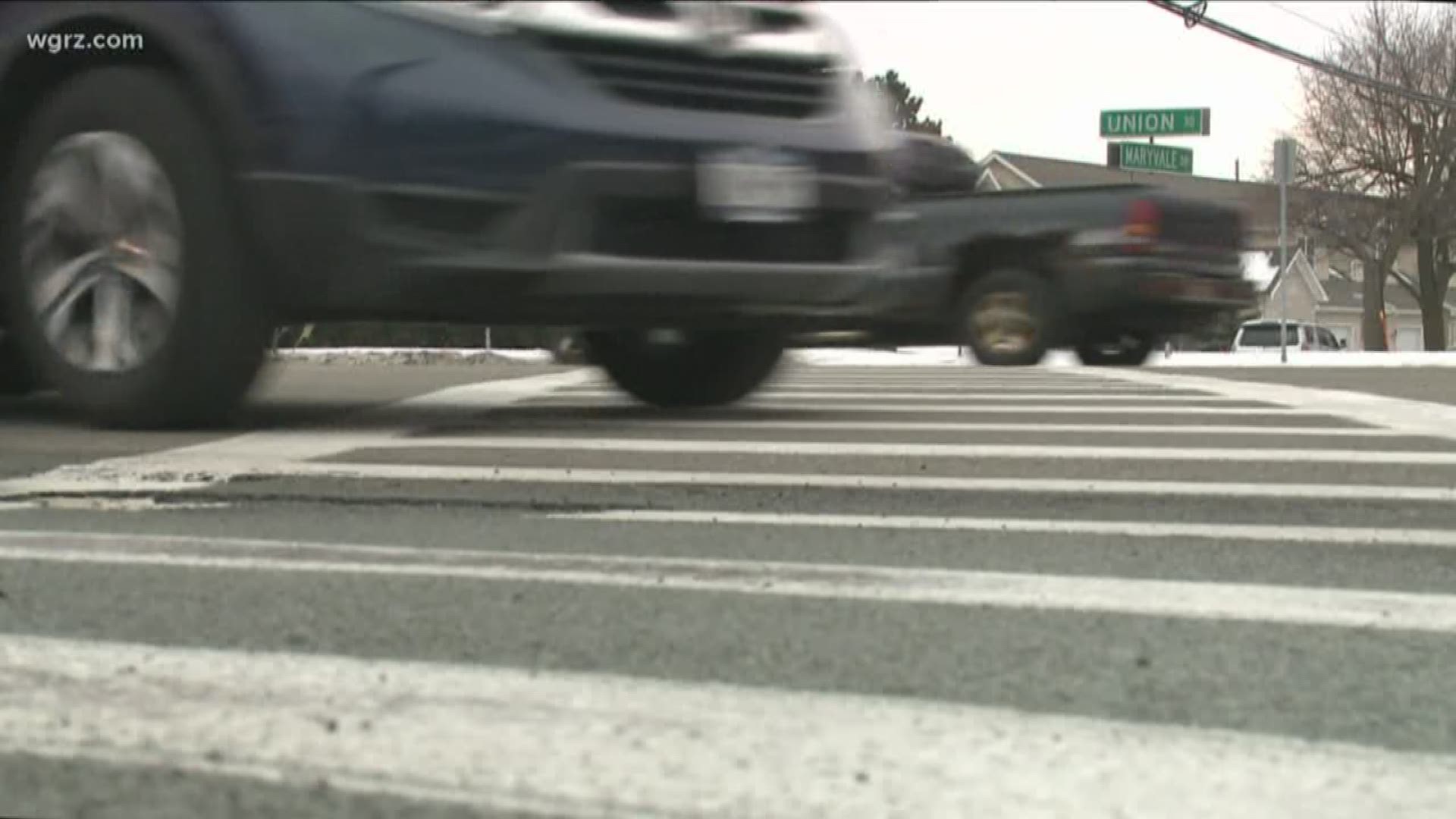 CHEEKTOWAGA, N.Y. — One of Cheektowaga's busiest intersections is set to get a makeover starting this summer.

Cleveland Hill student, Sharilann Lenzer, 16, was hit and killed by a car in July 2018 while she was crossing Union Road on her way to work. The accident happened on Union Road at the Kensington Expressway. It prompted a study into the safety of that intersection, which is now leading to big changes for drivers.

Those plans were discussed at an open house Tuesday night at the Alexander Community Center at 275 Alexander Road in the town.

The session featured displays about the project and gave residents and drivers an opportunity to speak to representatives of the New York State Department of Transportation about the work.

Improvements include a new pavement surface on Union Road from George Urban Boulevard to Genesee Street. Existing traffic lights at the ramps at Union Road and the 33 will be replaced with new ones on mast arm poles. New overhead signs will be included for lane designations. Countdown timers, high-visibility crosswalks and curb ramps compliant with the Americans with Disabilities Act will be added for pedestrians.

"We are also looking into coordinating the traffic signals along Union Road from Genesee Street to all the way to Wehrle Drive and that will help us sort of control the flow of traffic and the cuing of the traffic" said NYSDOT Public Information Officer Susan Surdej.

The project is scheduled to be finished in the fall of 2021.