Construction is well underway on the plaza of One Seneca Tower. 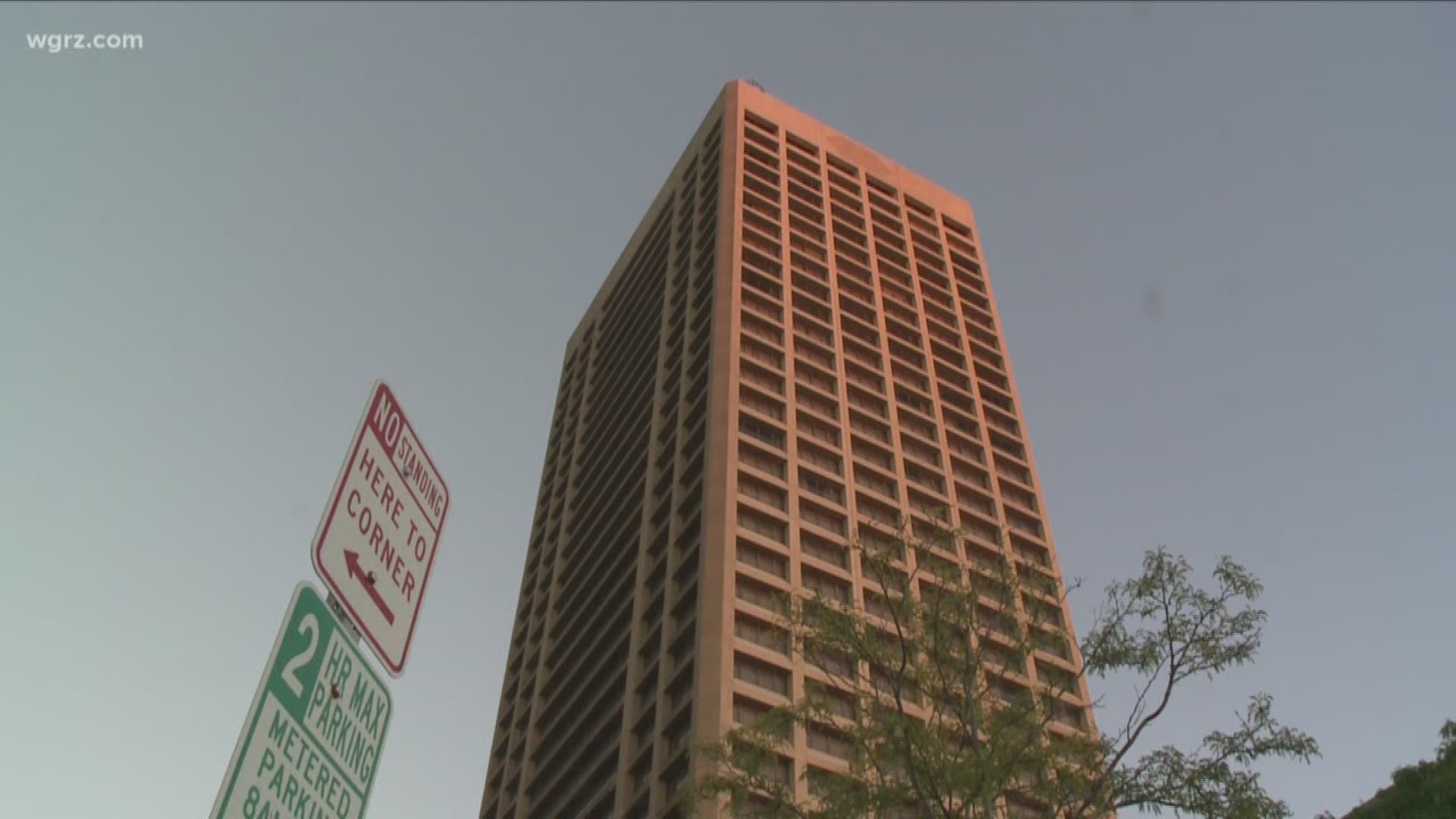 BUFFALO, NY-- No mater which way you're coming from, you can't miss One Seneca Tower. From afar it still looks like a virtually vacant large building, but things look a lot different as you get closer.

2 On Your Side's Kelly Dudzik caught up with Adam Walters this week. Walters is the real estate development attorney representing developer Douglas Jemal, who owns One Seneca Tower. Walters is a partner at Phillips Lytle, which for years had its offices at the former One HSBC Center.

"I worked in this building for 18 years and down here was just dead. Even in the nicest summers, you didn't have that many people because it was always windy, and there just wasn't much to do," Walters said.

When we checked in with Walters five months ago, construction on the plaza was just getting underway, and we had renderings of what's now taking shape.

"You've got a number of buildings each designed to be retail space. It certainly could be for one entity, if you got like a restaurant," he said. "But that could also easily be broken up, and you see multiple doors."

Something we noticed from this vantage point is that the doors to the tower are now framed in white. Walters said the developer is seeing what works to give parts of the building a different look. And you'll notice another change. Soon cars will be allowed on the plaza.

"These steel gates, this becomes a driveway. So, one of the challenges with redeveloping this building is there's no car drop-off. There's no way to get a car close," Walter said. "So, there will be drop-offs on both sides right in front of the doors. So, if you've got packages and things like that, you can drive right up."

That will be important for those living in the 104 apartments in the two four-story annex buildings.

2 On Your Side asked if those apartments are still on track to open by Thanksgiving or has the timetable shifted.

"The last I've heard, things are coming along and it may be more the end of the year," said Walters. "So, we're bringing residential to lower Main Street for the first time. Very exciting to see what's going."

While a lot is happening at the ground level and in those four-story buildings, the redevelopment of the 38-story tower is still to come with the developer taking leasing inquires for the project here.