Volunteer firefighters were called to the Gateway Apartments on Genesee Street near Transit Road on Thursday morning. 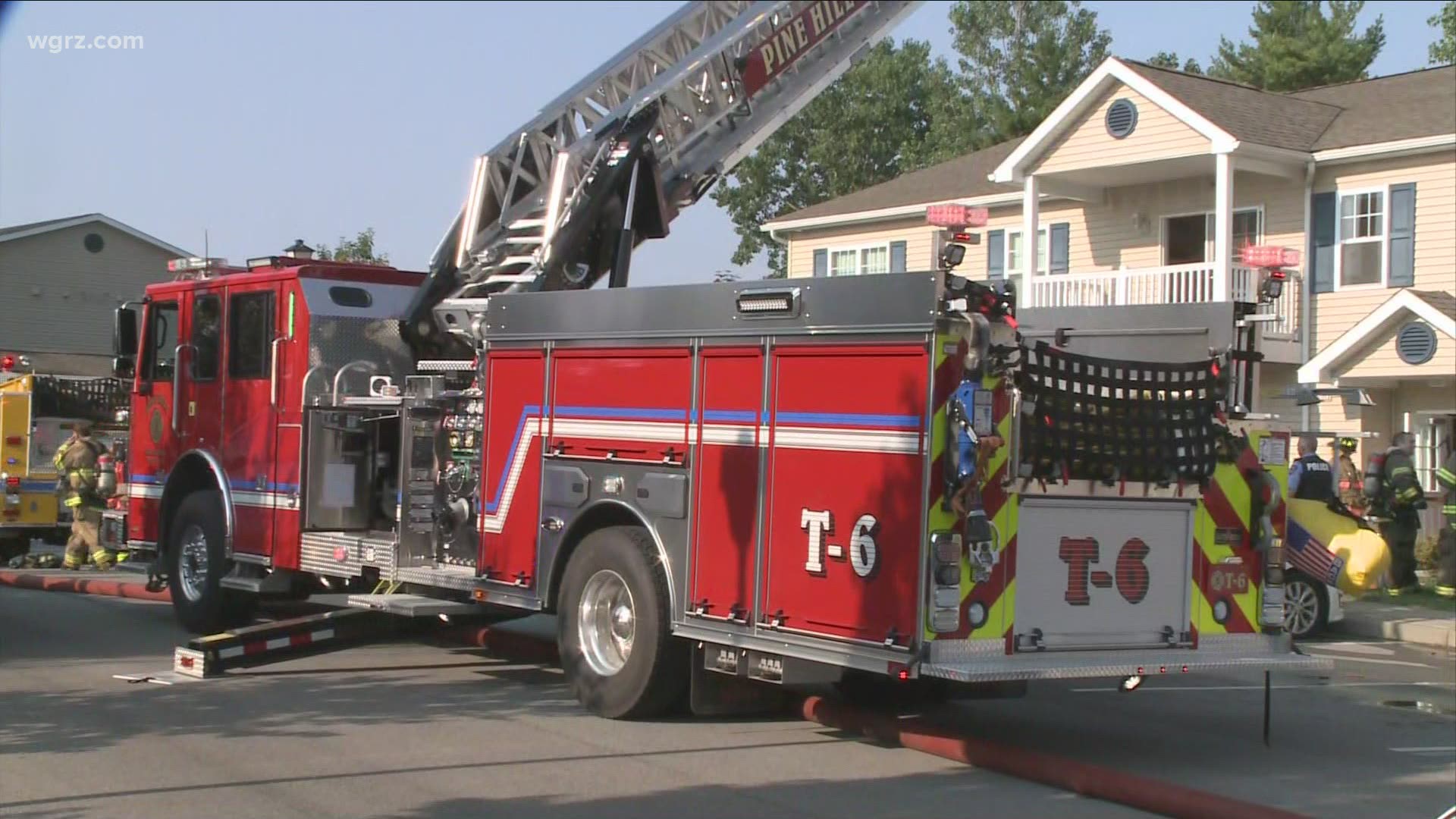 The call came in shortly after 8:30 a.m. Hy-View Fire Chief Daniel Hatfield said the fire was contained to the first floor of one of four units at the Gateway Apartments, which are located near the Buffalo Niagara International Airport.

One person was trapped on the second floor and needed to be evacuated by a ladder truck off a balcony. Hatfield said two dogs were rescued as well.

No injuries were reported, and it's not yet known at this time how the fire started.