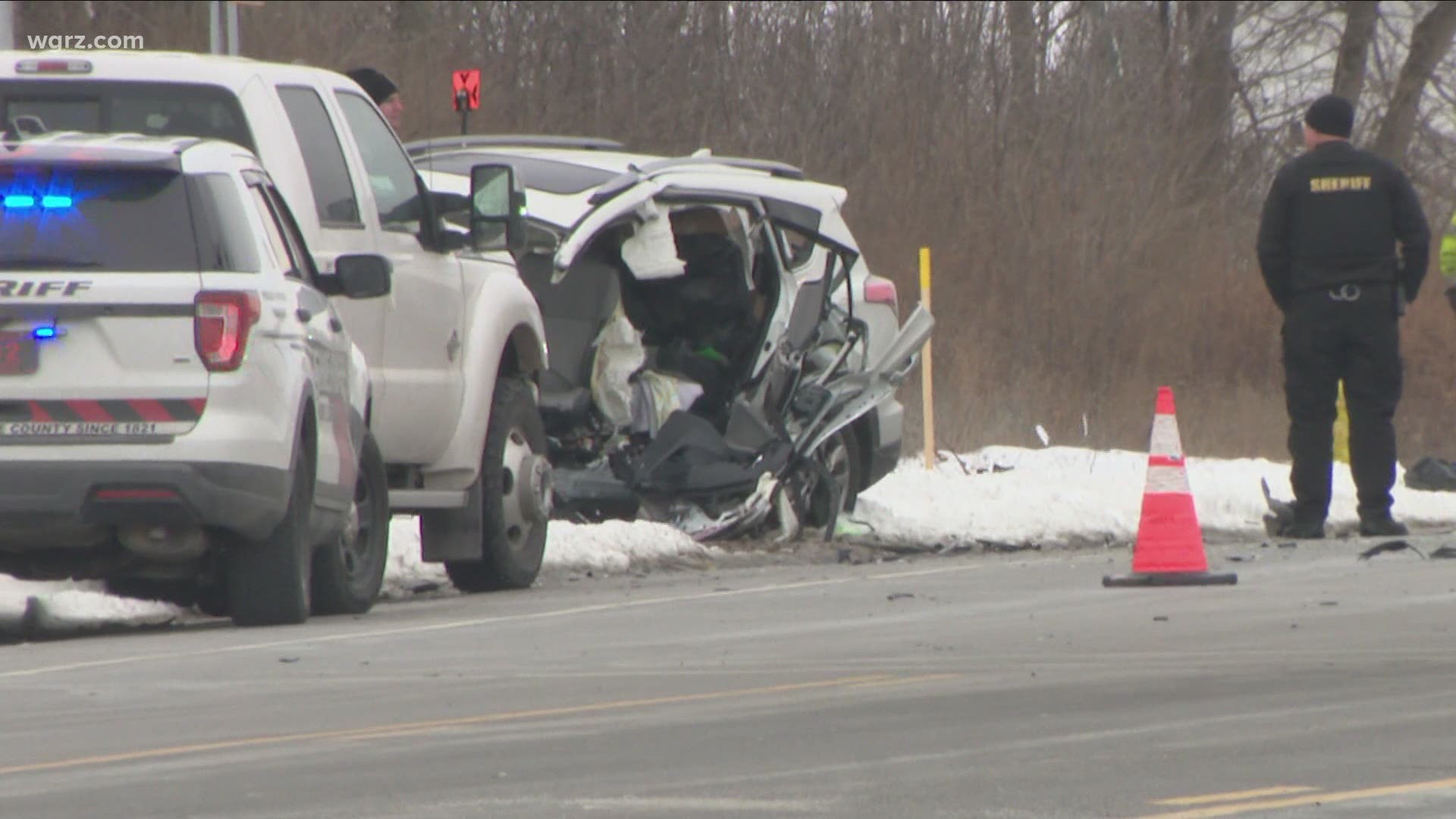 CLARENCE, N.Y. — A woman is dead following a grinding four-car crash in Clarence on Tuesday afternoon.

The Erie County Sheriff's Office says a vehicle was heading west on Main Street just before 1 p.m. when it struck the front of another vehicle waiting to turn north on Goodrich, before hitting two other vehicles. The driver in the first vehicle that was hit, Jeanette Helms of Clarence, succumbed to her injuries.

The Crash Investigation Unit is requesting anyone who witnessed the incident or events leading to the crash to call 858-2903 and refer to CL# 21-004626.

The driver continued and struck 2 other vehicles. The sheriff's Crash Unit is investigating the incident. 2/2