The WNY native and Alpine downhill skier has her sights set on qualifying for the 2022 Winter Olympics in Beijing. 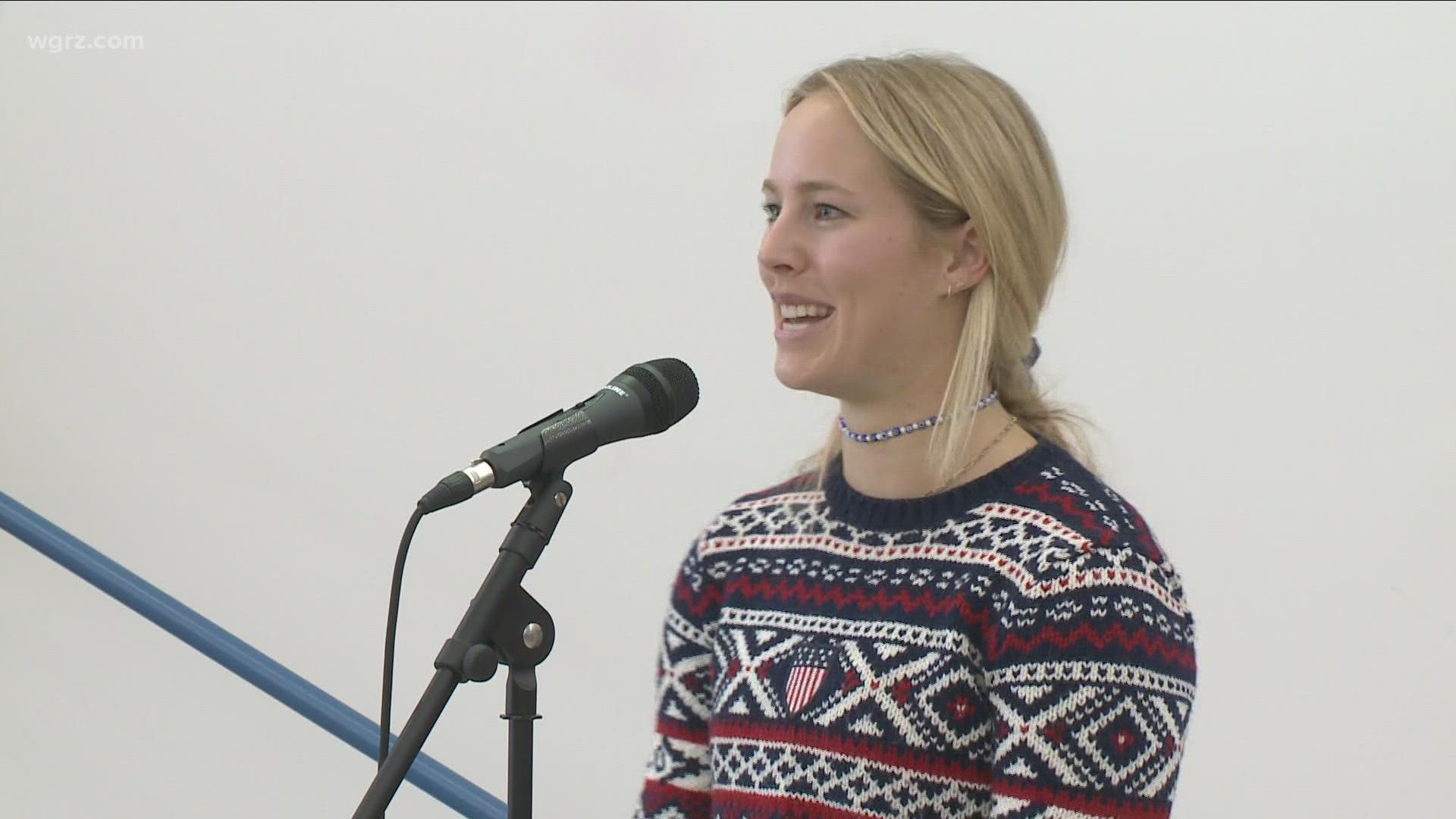 BUFFALO, N.Y. — You can help a local Olympic hopeful go for the gold by attending a fundraiser Tuesday to support her training for the 2022 Winter Olympics in Beijing.

WNY native and Alpine downhill skier Tricia Mangan will return to her hometown to host the event taking place from 5 p.m. to 7 p.m. at the Buffalo Scholastic Rowing Association's clubhouse at 405 Ohio Street. All of the funds raised will go toward Mangan's travel, training, lodging and competition fees.

"I am really excited for the coming season, as I have been training on and off the hill very hard," Mangan said. "I am also looking forward to having the chance to be with all my local supporters at the fundraiser. My expenses for this Olympic season are quite high due to increased training volume, more international traveling, and more competitive events, which is why I am asking for help in offsetting my costs. Buffalo has always played a large role in supporting me, and I look forward to sharing more success with them this coming season."

The Nardin Academy grad grew up skiing at Holimont in Ellicottville. She's a five-year member of the U.S. Ski Team and competed in the Giant Slalom and Parallel Team events at the 2018 Winter games in Seoul, South Korea.

Mangan will be on hand for the fundraiser, which features a silent and chance auction of her National and Olympic Team gear, along with many other donations from local businesses. You can also take part in a virtual silent auction.

Mangan recently completed training in Austria and will take part in her first World Cup race of the season Dec. 4 in Lake Louise, Alberta, Canada.

Her visit home marks a week break from her intense training schedule that includes travel to Switzerland, France and Italy in the coming months.

"I really appreciate all the support I have received over the years, and as I continue my quest for World Cup and Olympic success, I am so grateful and humbled to be on this journey with so many amazing Buffalo sports fans,” said Mangan.