The conservancy is asking the public to consider making a donation to support the Olmsted Park system. 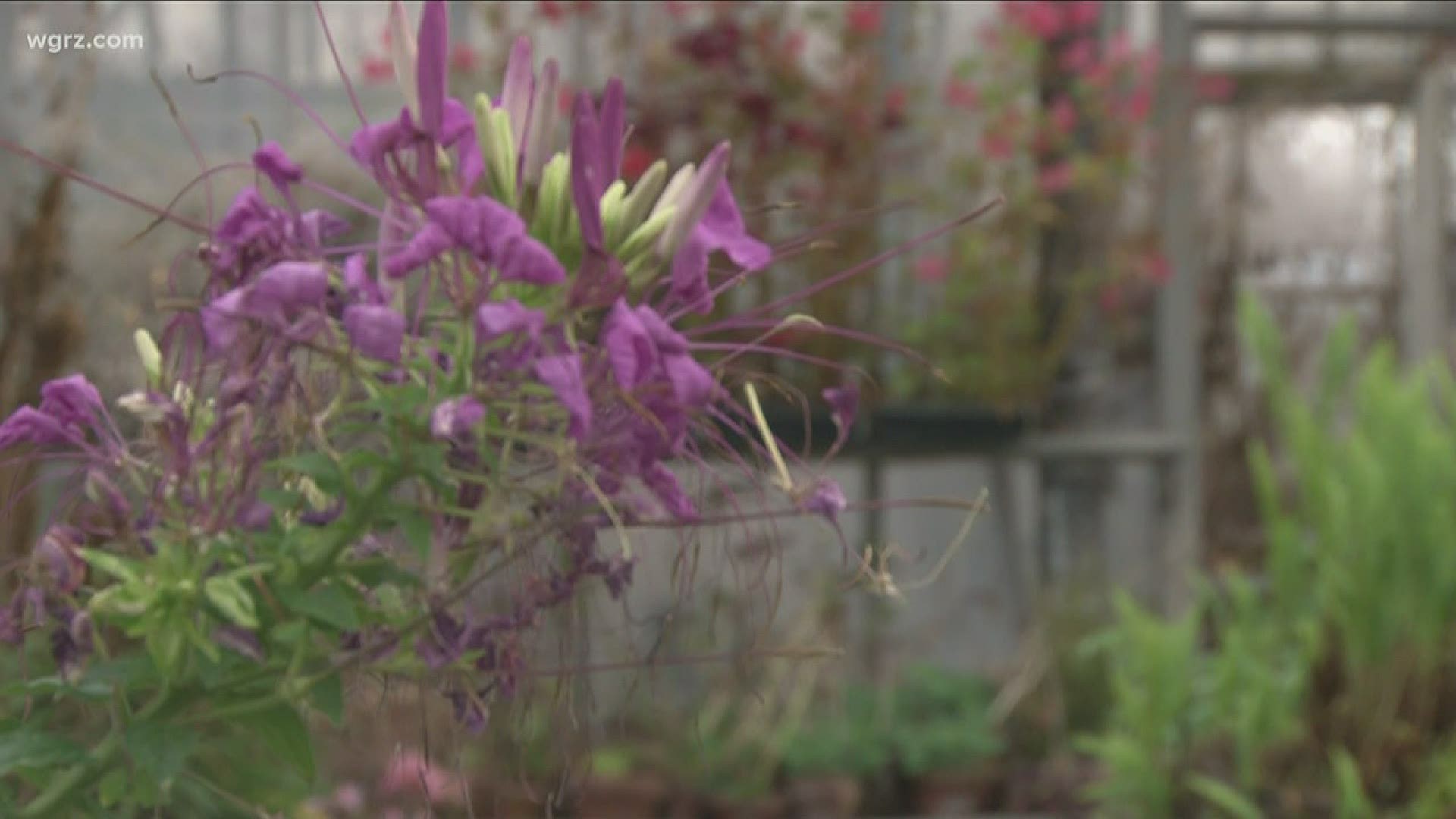 BUFFALO, N.Y. — This week would normally be a busy one for the Olmsted Parks Conservancy — Earth Day and Arbor Day planting events, along with some sort of celebration of Frederick Law Olmsted's birthday, but the COVID-19 pandemic has changed things a bit this year.

The conservancy hopes to hold a planting event sometime later this summer, but in the meantime, it's hoping to drum up support for the park system.

There's a virtual donation campaign, and the conservancy does weekly virtual tours to show off some of the parks and help people develop their own routes.

At the conservancy's MLK Greenhouse, workers are busy caring for 15,000 plants and flowers that will be planted across the park system next month.

They're caring for the flowers but also taking care to stay safe.

"We're making sure we've only got one person in certain areas. That's been a little restrictive, but we've really been able to stagger schedules and manage that which is fortunate. We really have an amazing team who has pulled together and said 'we can make this happen'," said Stephanie Crockatt, executive director of the Olmsted Parks Conservancy.

The conservancy is trying to hire back as many seasonal workers as possible. Employees are still busy cleaning up after high wind events that happened in recent weeks as well as performing other seasonal maintenance.

They've also seen a lot more trash so far this season, since more people seem to be using the parks to escape their homes during this time of social distancing.

The conservancy is asking people to take as much of their trash home with them as possible. They say a "carry in, carry out" effort will help because they're working with a limited staff right now.

RELATED: Resources for families to use while social distancing