On Wednesday, the Bills released six items on to the team's online shop. 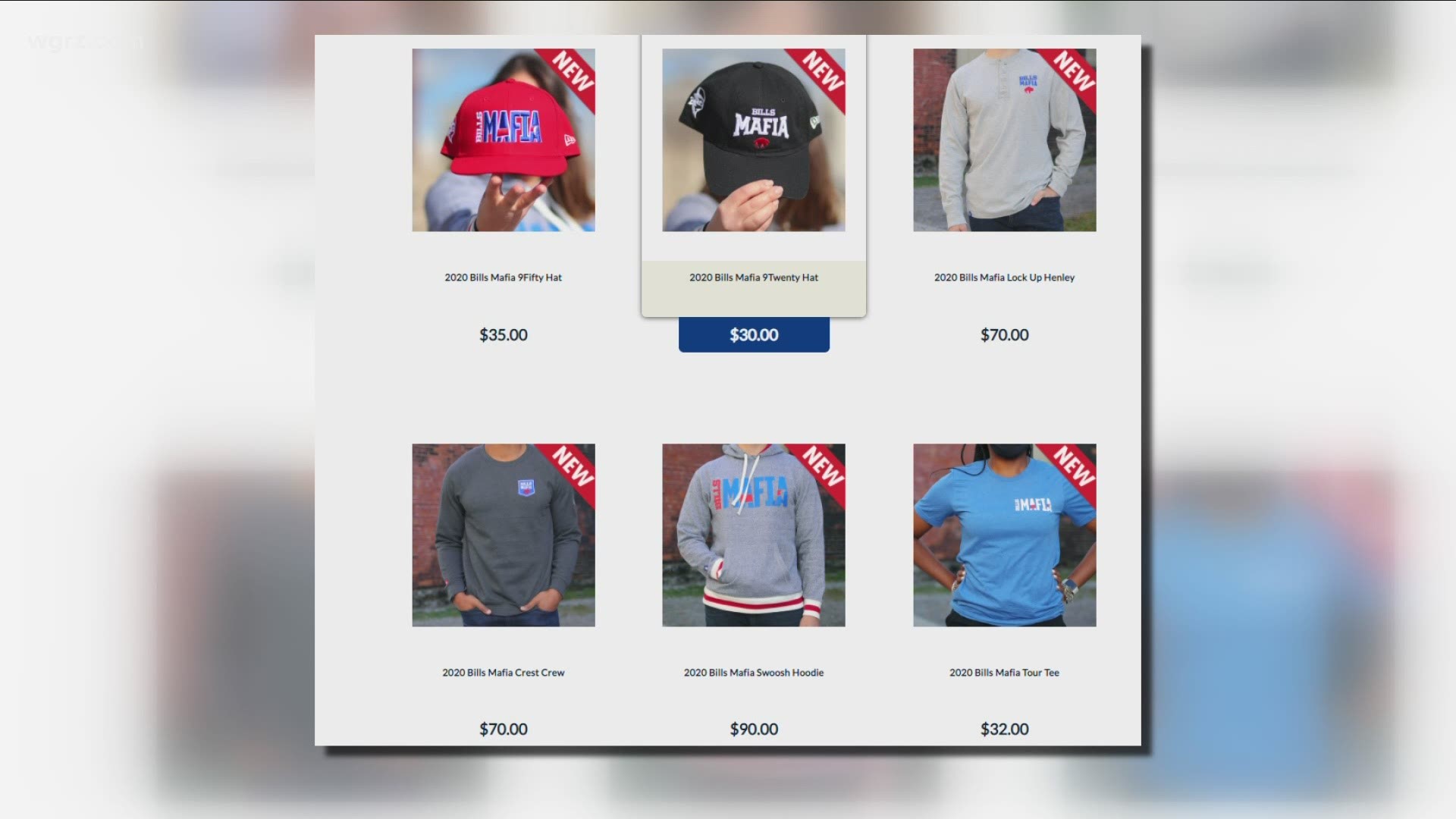 BUFFALO, N.Y. — While the team's play on the field the last two weeks hasn't been anything to write home about, Bills fans have a new reason to be excited.

The team released its new Bills Mafia clothing line recently, showing off pride for the best fans in the NFL.

This is just the beginning.

Currently on the Bills online shop there are six Bills Mafia branded items. Those include two hats, two long sleeve shirts, a hoodie and a short sleeve shirt. Prices range from $30-$90.

The Bills filed a trademark for the term "Bills Mafia" earlier this month, which originally sparked some backlash among fans. But Del Reid, co-founder of the term Bills Mafia, said the team met with him multiple times and they understand the importance of the phrase to the community.

"One thing I stressed in every single meeting was, and every time anyone new would walk into the room, I would stress it to them, Bills Mafia is a part of a community," he said. "It's about supporting the team on the field, supporting your fellow fans, it's all about the community of fans and that's something they understand."