Trooper Joseph Gallagher was hit by a vehicle in December 2017 when he stopped to help another driver who had broken down. 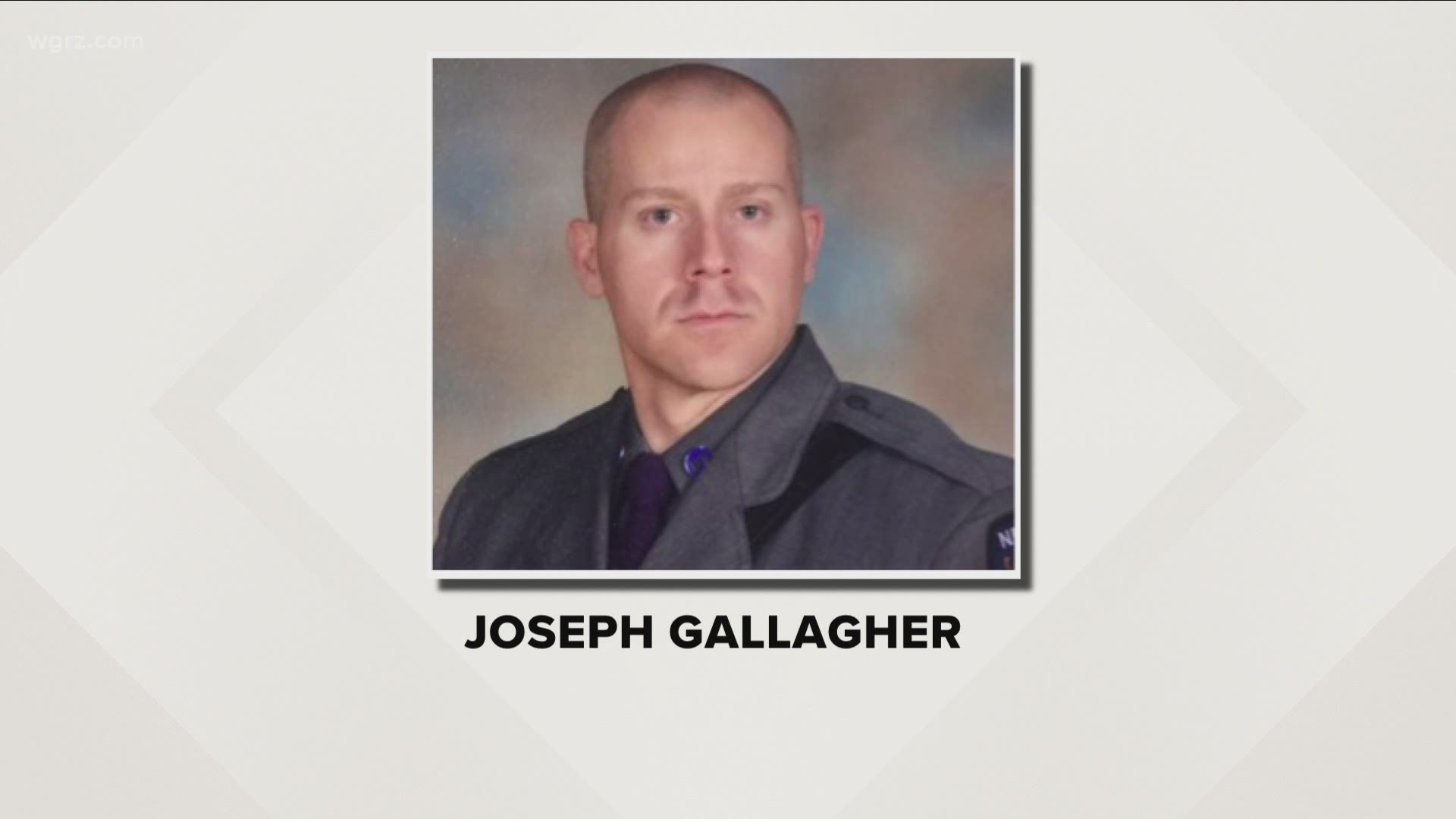 Trooper Gallagher, who was 35 at the time of the crash, was hit on an overpass leading to the Long Island Expressway near Brentwood on December 18, 2017.

State Police say Trooper Gallagher had stopped to help a motorist who had broken down. He was setting up emergency flares in the road when he was hit.

Trooper Gallagher is originally from South Buffalo and later lived in West Seneca. He joined the State Police in 2014.

He was most recently assigned to Troop L, which covers Nassau and Suffolk counties. He also worked in Troop T (Thruway) and Troop F.

After the crash in 2017, his uncle, William Gallagher, of Buffalo, posted on Facebook that his nephew was a rescue helicopter pilot for the Coast Guard in Detroit before he joined the State Police.

It is with great sadness Acting Superintendent Bruen announces the line of duty death of Trooper Joseph Gallagher. Trooper Gallagher passed on March 26, 2021, three years after he was struck by a vehicle on duty.
He is survived by his wife, two children, parents and siblings. pic.twitter.com/M5jvP3uzPs

Trooper Gallagher is survived by his wife, two children, parents, and siblings.

Trooper Gallagher died on the same date New York State Police suffered another loss 10 years ago. Trooper Kevin Dobson, of SP Clarence, was killed on March 26, 2011 while conducting a traffic stop on the 290 in Tonawanda.

Members of the State Police honored Trooper Dobson Friday with a special ceremony at the barracks in Clarence.

Gov. Andrew Cuomo on Saturday ordered flags on state government buildings to be flown at half-staff in his memory, starting Sunday.

"Trooper Gallagher is a hero to all New Yorkers — he dedicated his life to public service and worked to keep us safe," Governor Cuomo said in a statement.

RELATED: Trooper hurt after being struck in accident