Cashless tolling will begin on NYS thruways in November. 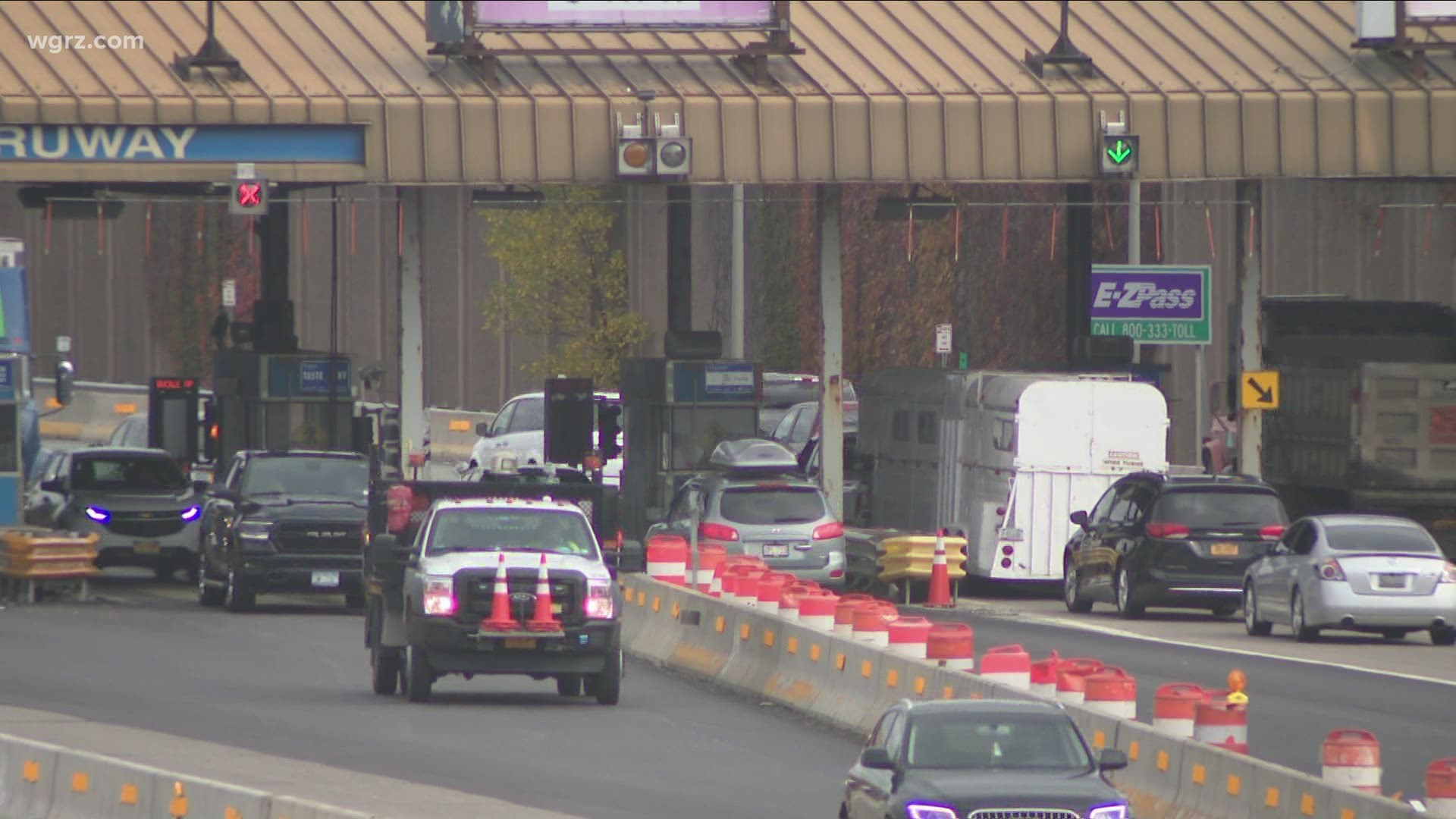 NEW YORK — Very soon, toll booths will be a thing of the past as New York State prepares to launch cashless tolling in November.

Thursday, the public had its last chance to speak with the New York State Thruway Authority about a proposed toll adjustment.

Once the cashless toll system goes online in a few weeks, if you don't have an E-ZPass you will be billed by mail.

"If a customer does not have an E-ZPass they will use tolls by mail" said NYS Thruway Authority Executive Director Matthew Driscoll. "Equipment on toll gantries will take a picture of the vehicles license plate and we will send the registered owner of the vehicle a bill in the mail."

The proposal would require toll by mail customers to pay 30% more than the rate for E-ZPass holders and a $2 administrative surcharge. Out-of-state E-ZPass customers will pay 15% more than the NY E-ZPass rate.

A reminder, this evening (6 - 8 p.m.) is the FINAL virtual public hearing regarding a proposal to adjust tolls and other changes that support the statewide conversion to cashless tolling. If you would like to participate, go to https://t.co/KtbiYYjIOj.

During the last of three virtual public meetings, Driscoll spoke about what this will mean for NY E-ZPass customers.

"New York E-ZPass customers outside those that use the Governor Mario M. Cuomo Bridge will not be impacted by the proposal toll rates, customers on the rest of the system will remain the same" he said.

During the two-hour meeting, only two people spoke about concerns, one about the thruway system as a whole and the other about the proposed toll increase for the Governor Mario M. Cuomo bridge.

The $355 million project was initially set for completion by the end of the year but the Thruway Authority said cashless tolling will launch in November.

If the proposal for the toll adjustment is approved by the New York Thruway Authority Board of Directors, it would go into effect January 1, 2021.

For more information on how to obtain an E-ZPass, click here.