But if the state has 98 percent broadband coverage like Governor Andrew Cuomo's office says, why do we need a study? 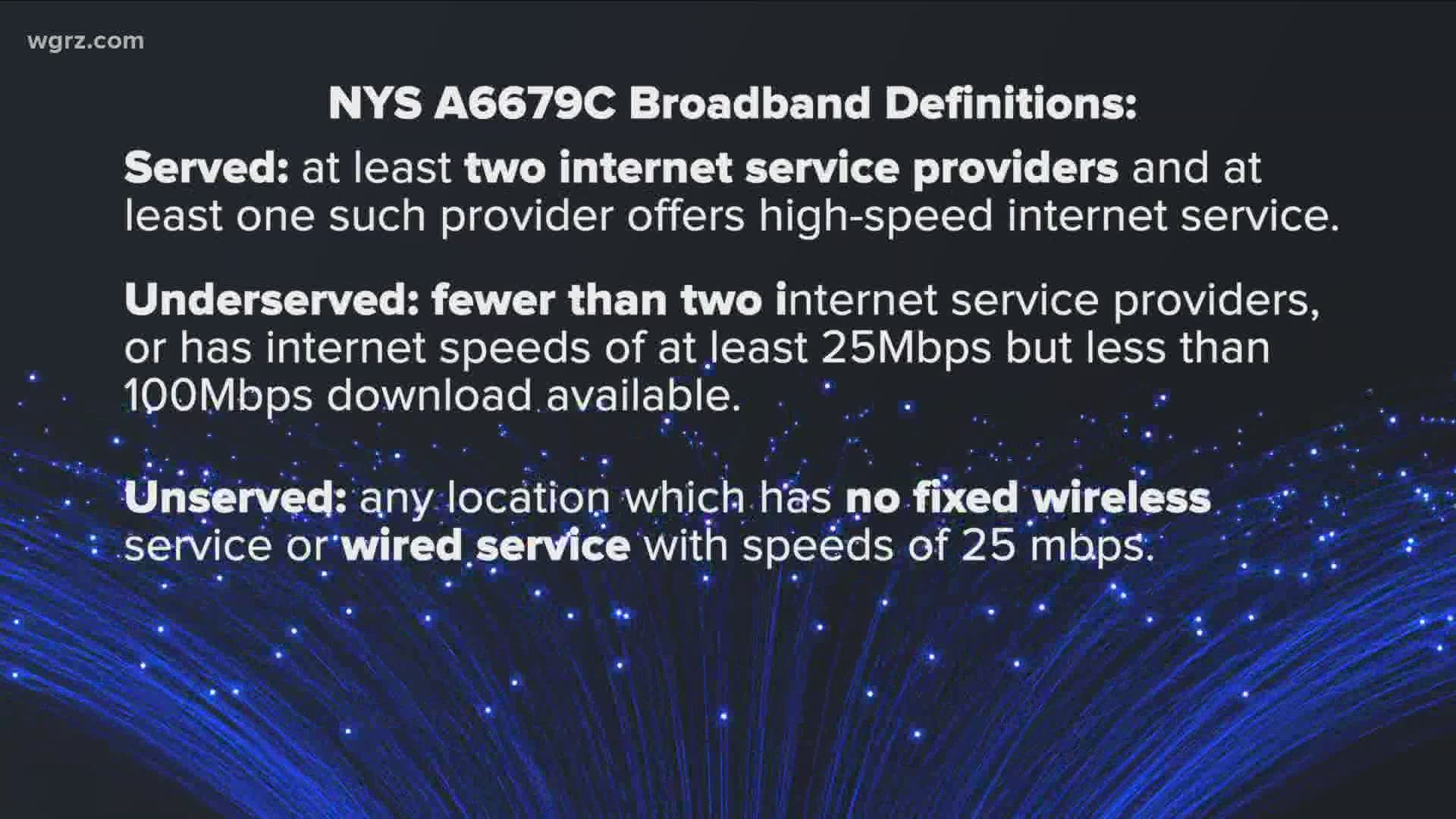 The New York State Assembly has been busy passing legislation in recent days, including last night when they passed assembly bill 6679c. This bill will mandate the New York State Public Service Commission to conduct a study to determine broadband availability in New York State.

But doesn't New York have 98 percent broadband coverage? That's what the elected officials and representatives from Empire State Development have continuously claimed.

"We have accomplished – I don’t know the exact percentage – whether it is 95 percent or 98 percent of the state now has high-speed broadband," said Lt. Governor Kathy Hochul two weeks ago during a tour of the Seneca One Tower.

On June 23, 2020, the lieutenant governor's office echoed that claim saying "Currently, more than 98 percent of New York’s residences and businesses have access to one or more high-speed wired and/or wireless broadband services."

In January 2020 Lt. Governor Hochul said New York has worked diligently and it has paid off.

"We have a much higher percentage of people covered by broadband than i would say in pretty much any part of the country," Hochul said.

So why is the New York State Assembly, with a bill introduced by 149th district Assemblyman Sean Ryan, asking for another study?

"Far too many New Yorkers, they don't have access to affordable and consistent high-speed internet service," said Assemblyman Ryan. "It's a sort of a checkerboard all around the state, one neighborhood might have it, one might not." 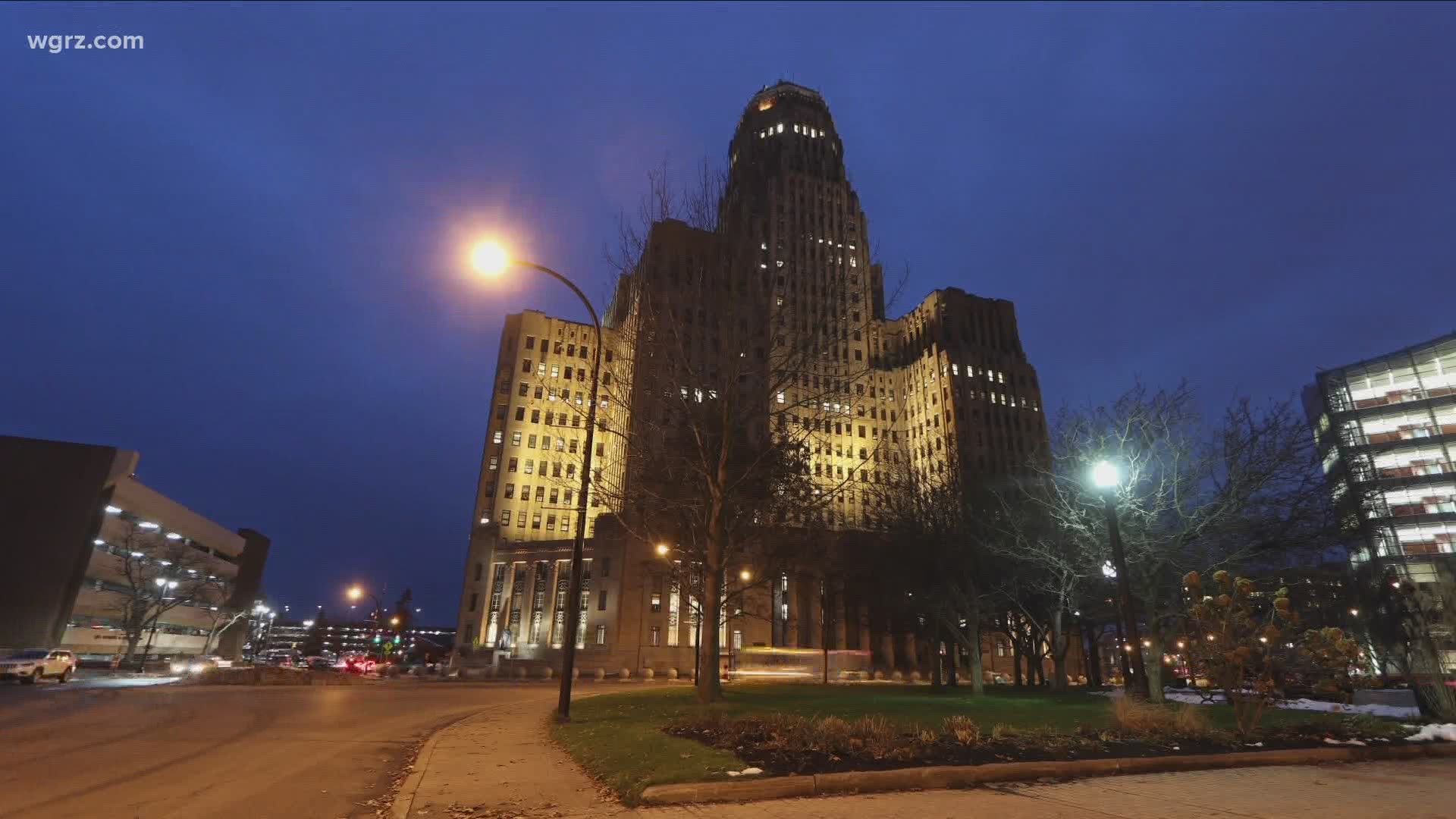 The COVID-19 pandemic brought the broadband gap to the forefront, and its impact reached nearly every corner of the state.

Ryan has introduced several bills in recent years, but the broadband issues that were heightened by the pandemic created enough momentum to clear the first hurdle.

"This bill would really do an in-depth study, it'll produce a map," Ryan said. "That's going to be what we're going to use as our blueprint to really build out our services the way they should be."

Local assemblymembers Pat Burke and Monica Wallace were also co-sponsors of the bill.

The bill passed the assembly 141-0 and has significant bipartisan support in the Senate.

"I certainly applaud this effort," Borrello said. "And I intend to sign on as a sponsor of the Senate bill."

A new bill in the NYS Assembly will mandate the @NYSDPS to conduct a year-long #broadband access study in the state.

But doesn't NYS have 98% access already? As lawmakers will tell you, the pandemic brought the hard reality to the forefront.

The nuts and bolts of the bill will mandate a few things the Public Service Commission will have to accomplish within a year of passage:

"We're going to take a real hard look at this, but we're definitely going to separate the wheat from the chaff on this," Ryan said.

The redefinition of a served community could have an impact on service providers.

"They're the ones who really are going to need to shoulder the burden of deploying, and it's expensive," said Martha Buyer.

Buyer is a telecommunications attorney who has been monitoring broadband rollout in New York for years. She believes the bill has a lot of great first steps and the Public Service Commission should be able to responsibly conduct this study.

In a statement to 2 On Your Side, Charter Communications said:

"We offer starting speeds of at least 100 Mbps — and for that matter, gigabit connections and a low-cost broadband option for eligible families and seniors — everywhere we serve in NYS, not just 'on paper.' We are building out to tens of thousands of additional unserved and underserved homes and businesses every year in New York. We are ahead of our commitment to build to 145k locations upstate."

In order to merge with Time Warner Cable, New York State mandated that Charter expand coverage to 145,000 locations in the upstate region.

2 On Your Side has previously reported about Charter's rollout in Boston and how residents there were told they would get coverage, then told they wouldn't, only to eventually see internet rollout after our asking questions to Charter officials.

WGRZ reached out to Verizon to comment on this story and their regional representative did not respond to our inquiry.

WGRZ reached out to Governor Cuomo's office to comment on this story and our inquiry was ignored.

WGRZ reached out to Lt. Governor Kathy Hochul's office and her press secretary assured 2 On Your Side he was "working on it," but ultimately we did not get a response for this story.

WGRZ also reached out to the New York State Broadband Office for comment on this story.

"Empire State Development does not comment on pending legislation," Adam Kilduff said in an email response to our inquiry.

Additionally, 2 On Your Side has been waiting for over three weeks for a response to questions regarding satellite internet companies representing 30 percent of the New York State Broadband Program and how it relates to the notion that 98 percent of the state has access to high-speed broadband.

The Senate is expected to vote on this measure by the end of the week. Ryan believes Governor Cuomo will sign it when it reaches his desk.

"During the pandemic, New York State relied on science and data," Ryan said. "So we're going to get a good data-based study, and it's going to give us an in-depth look at what's going on — I have no reservations at all that that study will be accepted by all levels of New York State government.

For Borrello, and a district that is heavily impacted by the lack of broadband, he sees this bill as the first step of recovering after, what he calls, mismanagement of the New York State Broadband Program.

"We have to have proper broadband access," Borrello said. "The governor is barely at the 50-yard line and he wants to spike the football — and that's just not right."

RELATED: Town of Boston residents find it impossible to teach and work from home without broadband 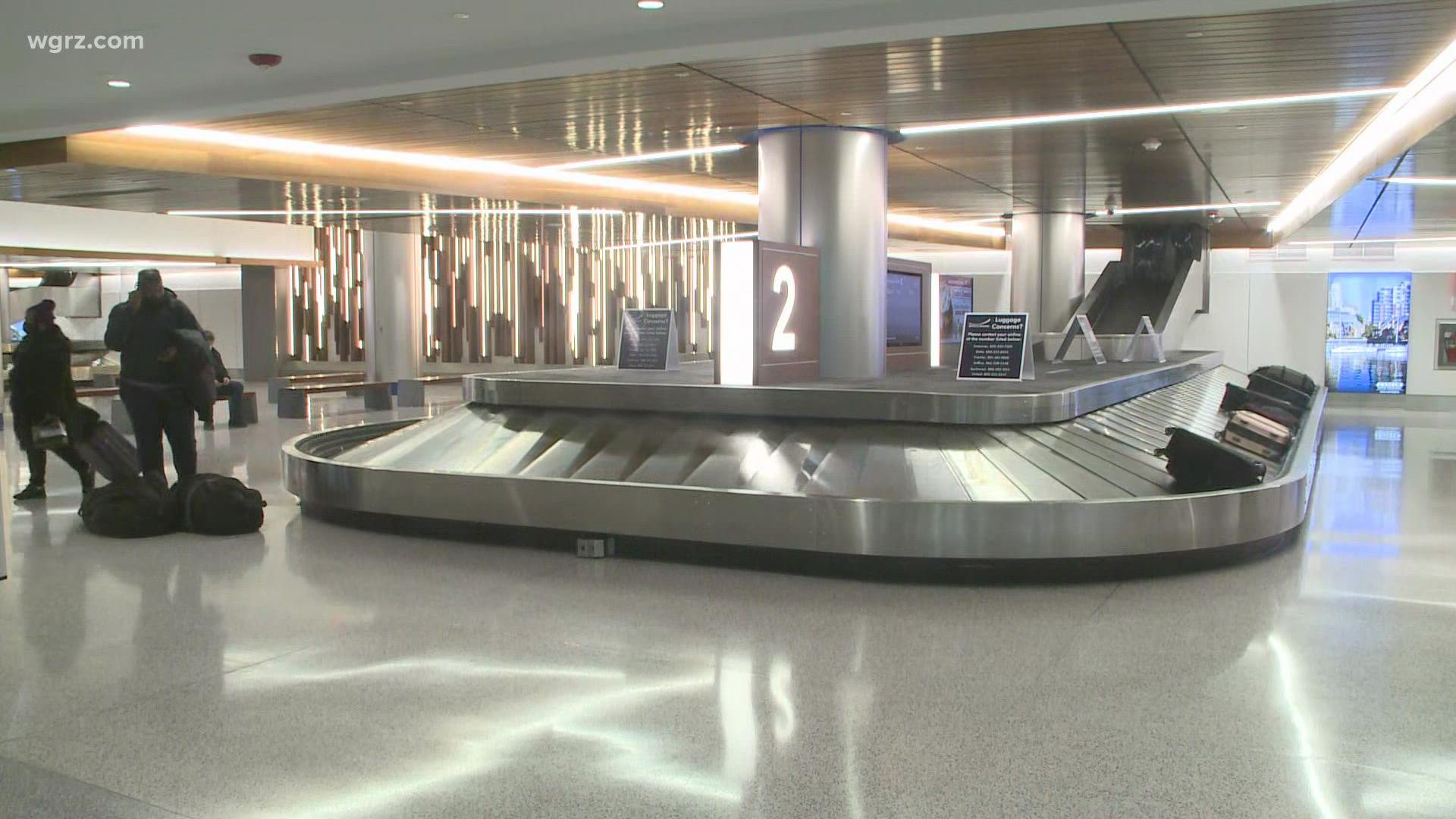 One of the busiest travel days of the year