The New York State Authorities Budget Office put out a blistering report on the Erie County Water Authority on Tuesday, formally censuring all the people who served on the authority's board during 2016 and 2017. 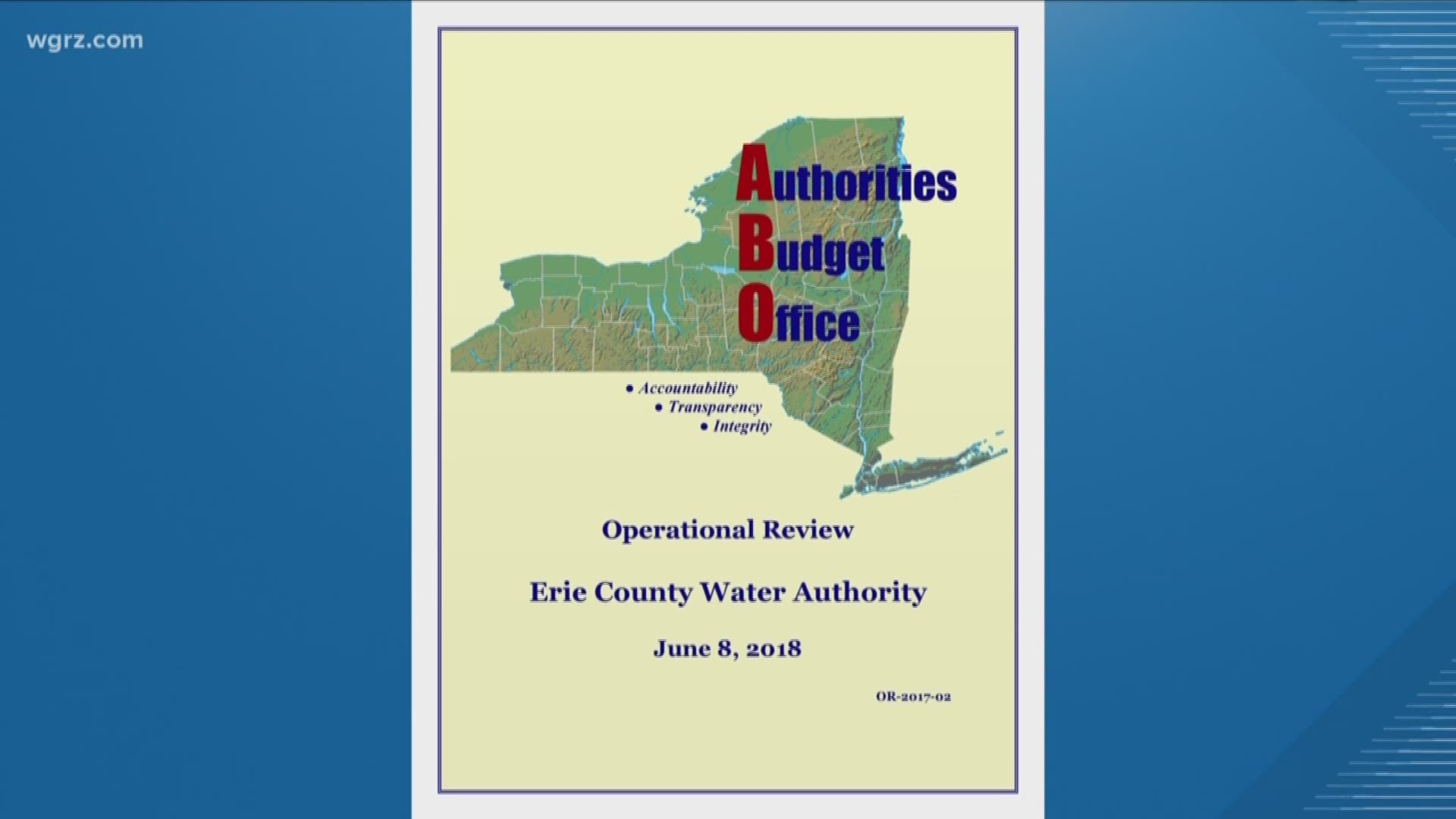 ALBANY, NY - The New York State Authorities Budget Office put out a blistering report on the Erie County Water Authority on Tuesday, formally censuring all the people who served on the authority's board during 2016 and 2017.

In the report, the ABO said the Erie County Water Authority refused to hand over all the documents requested, approved spending without fully meeting their fiduciary duty, illegally conducted some business in private, lacked transparency, and didn't tell customers about fee increases in a timely manner.

The report recommended "any commissioner who served during 2016 and 2017 and remains on the Erie County Water Authority board be replaced by the County Legislature. We believe that the Authority would be best served by new leadership."

Members of the Water Authority Board of Commissioners are appointed by the Erie County Legislature.

That is how democrat appointee Jerome Schad, who has served on the board since 2013, came to be appointed Chairman effective May 3.

Schad is also the only remaining member of the Water Authority Board from the time period when the AOB conducted its review, and thus the only board member to which the AOB's call for removal would be applicable.

Schad told WGRZ-TV he disagrees with many of the findings of the Authorities Budget Office report, particularly about board members being uninformed about what they were voting on.

“We had a disagreement- that is me, as a minority member, and the majority- about the extent of how much information would be made available ahead of a meeting. I had to track information down,” said Schad. “So, I had to look for information at times in order to make decisions, but I got it."

39 days into his stint as Chairman, Schad insists that many of the reforms called for in the report have already been implemented by the new democrat majority, particularly those surrounding transparency for which the report soundly criticized the Water Authority as lacking.

Steps already taken, he said, include providing board members and the media with complete agendas well in advance of meetings, and restructuring Water Authority management, to provide timely and complete responses to Freedom of Information requests, which the state report also found sorely lacking.

Schad, however, strongly disagrees with the report’s recommendation that he be removed from the board of commissioners.

“I think they got it wrong,” said Schad. “We’re looking to reform this entity to be a model of best practices on transparency and openness. I think we can achieve it.”

But not long after the report was made public, two members of the County Legislature, Tom Loughran (a democrat) and Joe Lorigo (a republican) were calling for Schad’s ouster.

In a joint statement, the two lawmakers said: ”The Authorities Budget Office Report released today of the Erie County Water Authority is damning in every facet. We need to hit the reset button. The report shows the authority and the Commissioners in charge during the review have failed residents. Many changes are needed at the Water Authority. We agree with the recommendations of the report and believe Commissioner Schad should resign immediately.”

“I have no plans to resign,” Schad said. "I have every intention to continue the reform and I think we will be successful at it."