Under the CARES Act, states can extend federal unemployment benefit programs, but that won't happen in New York State. 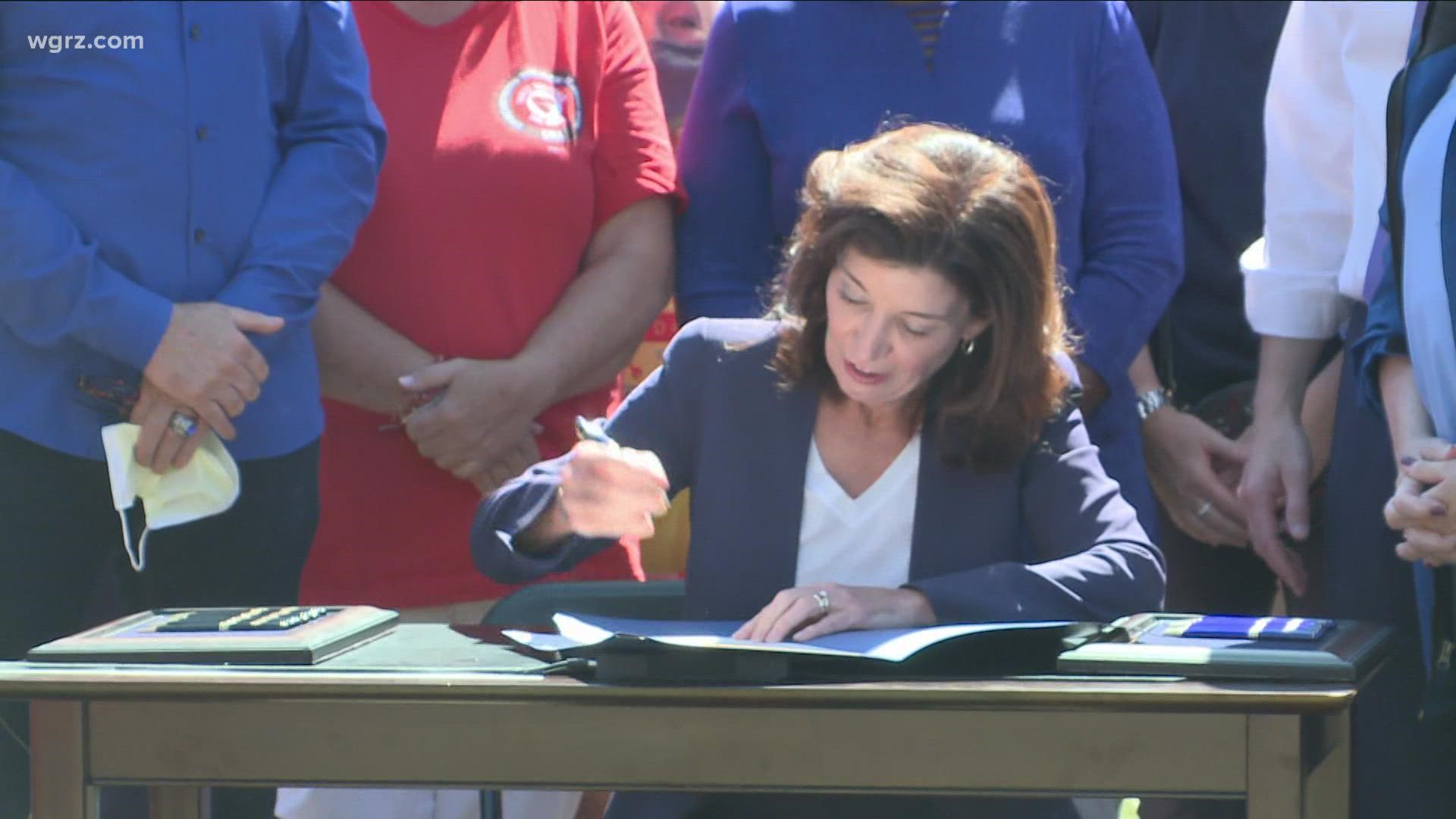 This as many employers continue to need help filling jobs and many remain unemployed.

But states are allowed to extend the unemployment programs, according to the CARES Act. However, that will not happen in New York state.

Hochul said during a briefing Sunday about the Hurricane Ida cleanup, "What we determined was that the federal government has to okay allocations to us and secondly because our unemployment system was so overtaxed last year and a half that we now have an $11 billion deficit [unemployment insurance trust fund deficit] and the state law does not allow us any increases in resources as long as there is a deficit."

Instead, the governor says she's focused on job retraining for those who are unemployed.

"So, I know where the programs are and it's about connecting people helping them get retraining for a job because some of these jobs may never come back," Hochul said.

With unemployment at 5.7 percent in the Buffalo-Niagara region, we continue to see a lot of job postings around Western New York.

On Monday, we wanted to learn more about the governor's plan to get people back to work. But she didn't take questions after signing several pieces of legislation on improving workplace safety, prior to the Buffalo Labor Day parade.

We did hear from unions in need of more workers.

"Our dietary, our environmental services, our nursing assistants our tech positions, our radiologists our radiology techs, those positions sometimes are harder to fill because there's not something to entice them," said Molly Golonka, union member of the Communications Workers of America.

2 On Your Side's Jeff Preval asked Austin, "How do you make the industry more enticing?"

"We continue to go to career fairs, we go to all the BOCES like McKinley High School, any place like that that we can find youth to come in," Austin said.

Preval asked, "What about pay? Are there any signing bonuses?"

"We don't have any signing bonuses or anything like that, but we're one of the few places that still have a pension and annuity, an annuity is similar to a 401k," Austin said.

Governor Hochul also said during Sunday's storm briefing that she wants a detailed analysis on when the hospitality industry will come back.