New York lawmaker wants to get rid of race-based mascots

Failure to do so would result in loss of state funding. The proposal has gotten some immediate support. 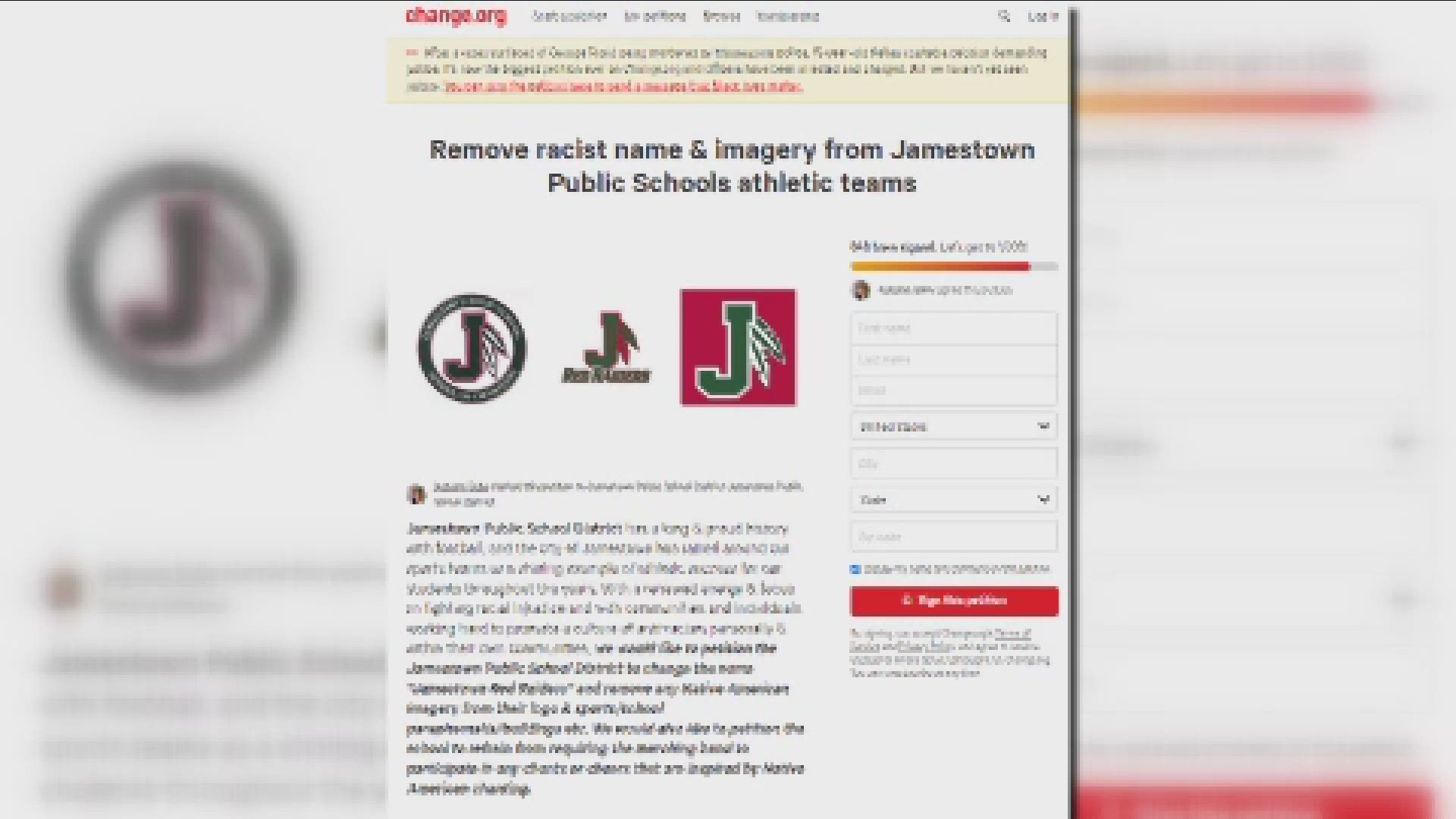 JAMESTOWN, N.Y. — A downstate lawmaker wants to get rid of race-based mascots in schools across the state, or strip those schools of state funding if they don’t comply.

The Jamestown Justice Coalition, at this moment, is supporting this bill. The coalition is trying to change the nickname and imagery of Jamestown Schools, who are known as the Red Raiders, which is offensive to some.

The bill to get rid of race-based mascots has been proposed by New York State Senator Pete Harckham, a downstate Democrat.

"My initial reaction is that it’s a good thing overall we need schools that teach students to be not only culturally competent but aware that we live in a very diverse world," said Justin Hubbard, coordinator of the Jamestown Justice Coalition. "In Jamestown the name Red Raiders it depicts Native American people as these raiders as these people who pillage and burn and steal and do horrible acts to people and just depicting Native American people as reds is derogatory."

A member of the Jamestown Justice Coalition started a petition calling on Jamestown Schools to change its nickname and logo — calling both racist. That petition has more than 800 signatures.

Jamestown’s school superintendent says in a statement that the district hears the community’s concern and wants feedback from the community and then find a solution.

"Given today’s climate and the important issues revolving around equity, it is vital that our community knows that we hear their concerns regarding the JHS logo, imagery and name. The voicing of these concerns creates an opportunity for JPS to hear, and work to understand, all points of view on the issues raised. It is also an invaluable educational lesson for our children to see our community come together to collaboratively work through an issue of community concern.

JPS is launching a community conversation regarding this issue. We have formed a committee of students, parents, staff and community members to hear stakeholder feedback. We are committed to seeing this process through. The subsequent introduction of legislation regarding this issue does not change our goal – to hear all sides of the issue and collaborate on a solution as a community.

As the logo and name have been a long-standing tradition at JHS, this cannot be an overnight solution. We hope by talking about concerns and viewpoints in a committee format, we will find a way to bridge understanding and create an outcome that will make everyone feel heard in the process."

The Jamestown Justice Coalition says it has a meeting with the Jamestown School superintendent later this week to address the nickname and logo.

The Seneca Nation is also reacting to this proposal in the State Senate to get rid of race-based mascots saying, "The change in Washington should not be an isolated occurrence. The use of Native American names and imagery needs to be looked at in a comprehensive manner. Communities, organizations and institutions at every level across the country should start those important conversations and heed the call for positive change.”