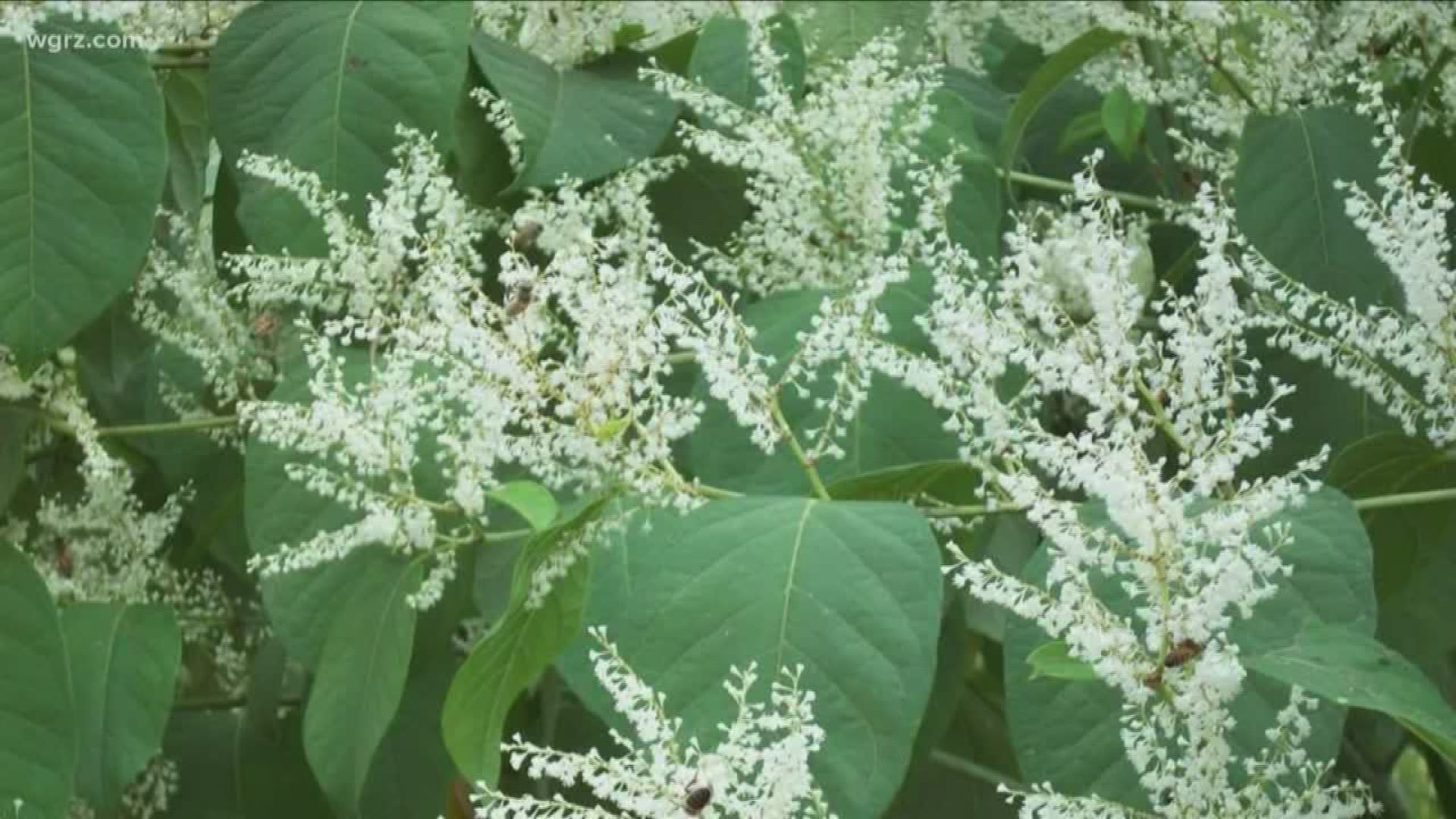 "Essentially what that is, is a statewide annual education campaign on invasive species. It focuses on different educational and informational seminars. Also, there are projects that help eradicate and remove invasive species," explains Tom Anderson, an ISA Certified arborist with Davey Tree Company.

There are dozens of invasives infesting the state, and it's been difficult if not impossible to stem the tide. There are more than 400 documented invasives across New York. There are invaders of all types, and Anderson says they've all benefited from our modern convenience.

"A lot of these invasives have been brought over to our country accidentally, specifically the Emerald Ash Borer. They believe it came over on shipping freights in the Great Lakes, and now it's spread into the Northeast and all over different parts of the country. So,definitely commerce, trade, travel [are a factor]. It's important locally that we understand the importance of these invasives, so we're not transporting them ourselves," said Anderson.

The annual cost to the United States economy is estimated at $120 billion a year, with over 100 million acres (an area roughly the size of California) suffering from invasive plant infestations.

The Emerald Ash Borer is one of the state's most high-profile intruders. First discovered in New York in June of 2009, this beautiful, green Asian beetle has left a path of destruction in its wake.

Ash trees make up almost 10% of the state's trees and almost 20% of trees in Western New York, and they are falling quickly.

"The Emerald Ash Borer is spreading very rapidly across Western New York. If you have ash trees on your property it's important to identify them, and inspect them to see if they do have them. There are treatment measures that can be taken as long as the plant is deemed healthy enough to treat," said Anderson.

New York has yet another destructive insect knocking at its door. The Spotted Lanternfly, another Asian insect, was first discovered in Pennsylvania in 2004. A dead Lanternfly was found in the Catskills in 2017, so it may already be a resident here in New York.

The Lanternfly has the potential to be one of worst offenders because this is an insect without specific tastes. Anderson says that it will attack almost any tree species.

"Its favorite host is the Tree of Heaven, but that's not exactly why we're concerned. We're starting to see it colonize on other species, like some of our timber species and important agricultural crops," said Anderson.

Trees are a cornerstone of the ecology. Among other things, they provide oxygen, aid in water purification, and provide habitats for scores of living creatures. That's why their protection should be paramount, and we can all help.

"It's important that we can save our trees and manage these invasive species populations so we can continue to enjoy our landscapes and enjoy the benefits that all the trees have to offer," said Anderson.