The video was part of the attorney general office's release of 11 separate videos that are part of its investigations into the deaths of Hodge and Daniel Prude. 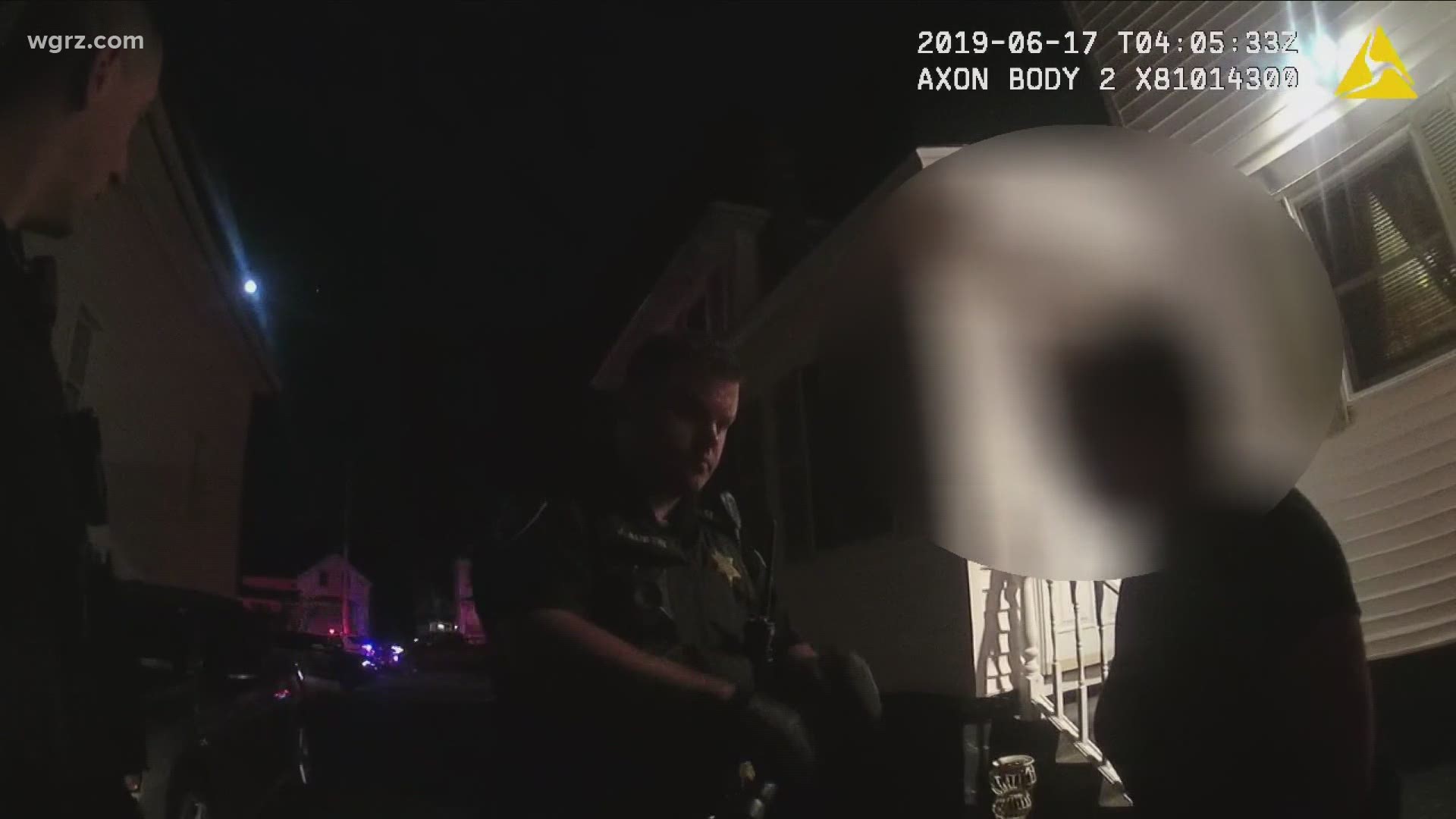 NEW YORK — New York Attorney General Letitia James has released police body-worn and dashboard camera footage that the office obtained as part of its ongoing investigations into the deaths of Daniel Prude and Lockport's Troy Hodge.

The 11 separate videos, six from Prude's case and five from Hodge's, were released by the AG's Special Investigations and Prosecutions Unit (SIPU) before a ruling in either case.

“Our criminal justice system is in need of significant reform to rebuild the trust between police and the communities they serve,” Attorney General James said in a release. “Key to that reform is increased transparency, which is why I am proactively releasing video footage from our active investigations into police-involved killings.”

The videos showing the June 2019 altercation between Troy Hodge, Lockport Police, and Niagara County Sheriff's Deputies, only show what happened before and after backup arrived.

Hodge is first seen on body camera footage around 3:49 a.m. on June 17. That's when Niagara County Sheriff's Deputies arrived. Pinned to the driveway of his mother's Park Avenue home, he can be seen with at least five Lockport Police officers restraining him.

Earlier that night, around midnight, officers received a call from his mother, Fatima Hodge, who said her son was acting erratically.

"[His] mom called us to try and get him some help. You know we went there to try and help him. ... You know he was running around talking about a shotgun, and he had a knife with him."

The next clip released by the AG's office shows Niagara County Sheriff's Deputies responding. Hodge can be heard calling out, concerned for his life;  the exchange just before 3:51 a.m.

OFFICER: Troy here's what's going on man. I've gotta check you out. Do you have any weapons on you?

GROUP OF OFFICERS: No one is gonna kill you, Troy.

Hodge is seen clearly in two of the videos struggling with officers for several minutes. Unanswered requests by police and deputies to stop lead to more restraint. Hodge was handcuffed twice and pinned face down by law enforcement.

Around 3:54 a.m. in footage from Deputy Austin's body camera, a person's foot is seen being placed on Hodge's neck. It would remain there for 1 minute and 20 seconds; 30 seconds after it's removed, an officer calls out.

Hodge doesn't move for a full three minutes, and at one point he is lifted on to a stretcher.

Frantically you see one deputy grab naloxone, a drug used to revive overdose patients, someone else grabs an AMBU bag for resuscitation.

Minutes after her son was taken by ambulance, Fatima Hodge is seen speaking with law enforcement. The time, it's just after 4 a.m.

FATIMA: But they shouldn't have choked him, I'm not saying you police choked him, but somebody choked my child.

2 On Your Side spoke Friday to Mrs. Hodge's lawyer, who was asked what she hopes comes of the incident.

"She wants to see change. She saw her son die in her driveway. ... She does not want another mother to lose her child. Whatever resolution, whatever that may be, will have to include changes at the Lockport Police Department," said Joseph D. Morath, Jr.

Mrs. Hodge is seeking civil damages under New York State law for the pain her son's death has caused. Troy Hodge also has a 16-year-old daughter.

In a statement from the City of Lockport, the Mayor called the video release premature by the AG's office and added that while the officers involved have been assigned to desk duty, the city wants due process to play out.

“I am aware that the New York State Attorney General’s Office has released body camera footage pertaining to the ongoing investigation of the in-custody death of Troy Hodge. Body camera footage and other documents were provided by this office to the New York State Attorney General’s Office in full cooperation with the investigation. Additionally, all body camera footage was released to the Hodge family pursuant to a FOIL request. Shortly after the incident, a review was conducted by this office regarding our involvement. Following the review, all deputies were found to have complied with all Niagara County Sheriff’s Office policies, procedures, and general orders. I stand behind the actions of our deputies and how they conducted themselves at this call for assistance from the Lockport Police Department. In the interest of justice for all of those involved, we are hopeful the New York State Attorney General’s Office will soon release any findings from their investigation."

You can view the videos released by James' office below:

SIPU is currently conducting an investigation into the death of Troy Hodge, who died after an encounter with members of the Lockport Police Department and the Niagara County Sheriff’s Office in June 2019. SIPU released five videos with redactions of the police encounter with Mr. Hodge.

SIPU is currently conducting an investigation into the death of Daniel Prude, who died after an encounter with members of the Rochester Police Department in March 2020. SIPU released six videos with redactions of the police encounter with Mr. Prude. 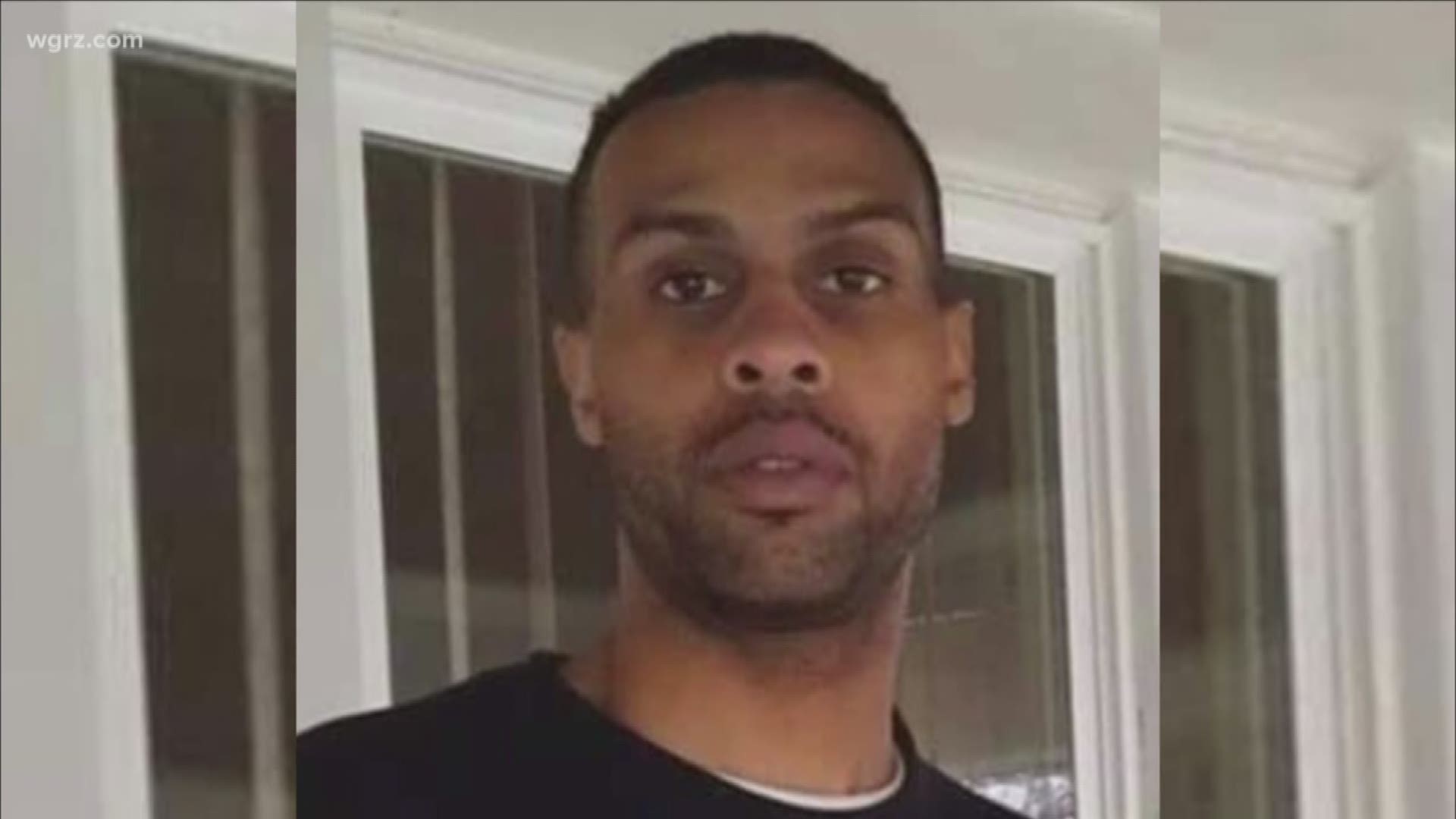