The investigation will look not only at the allegations against the governor from five women, but also his administration's handling of such claims. 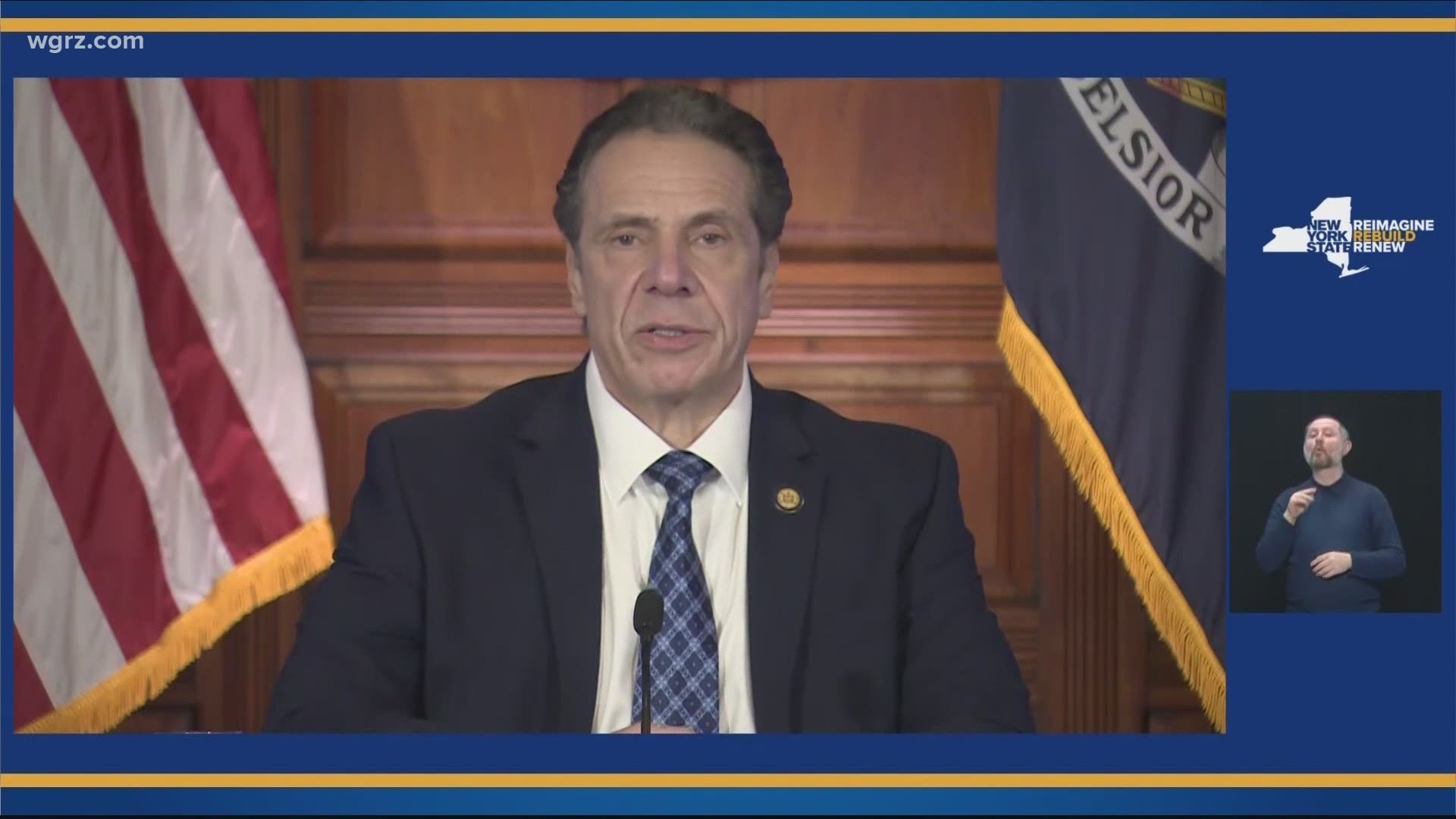 BUFFALO, N.Y. — The investigation can finally begin into allegations of sexual harassment by Governor Andrew Cuomo.

This after the New York State Attorney General’s Office named Monday, the outside attorneys who will investigate the claims.

The team of outside attorneys that will investigate the sexual harassment claims against Cuomo are not current prosecutors, but in the scope of this investigation, they will have prosecutorial powers.

According to a press release from the Attorney General's Office, former acting U.S Attorney for the Southern District of New York Joon H. Kim and employment discrimination attorney Anne L. Clark will lead the investigation and will be supported by Jennifer Kennedy Park, Abena Mainoo and Yannick Grant.

The investigation will look not only at the allegations against the governor from five women – but also his administration's handling of such claims. Attorney General Letitia James' office, will get weekly updates on the progress of the investigation.

"So this is a different process than if it were just a normal investigation done by the Attorney General's Office, but this is the process that's specified under the Executive Law," Covert said.

According to state law, the governor is also entitled to weekly updates, but both the Governor's Office and the Attorney General's Office have acknowledged, Governor Cuomo will not get those updates.

Findings of the investigation will be released in a report, that will be made public.

2 On Your Side's Jeff Preval asked Covert, "When do you think we should get that final report from the Attorney General's Office?"

Covert responded, "My over-under would be about two months that would give them time to perform all their due diligence."

As for what lawmakers are saying, many Republicans are pushing for impeachment. In the meantime, a group of Democratic female assembly members including Assembly Majority Leader Crystal Peoples-Stokes say they want to see due process. Assemblymember Patrick Burke, a Democrat says Cuomo should resign. And, the top Democrat in the state Senate, Majority Leader Angela Stewart-Cousins says she believes the governor should step down.

The speaker of the Assembly Carl Heastie says the governor should "seriously consider" whether he can do his job.