Weather does not seem to a factor in the crash, and the helicopter was practically new. 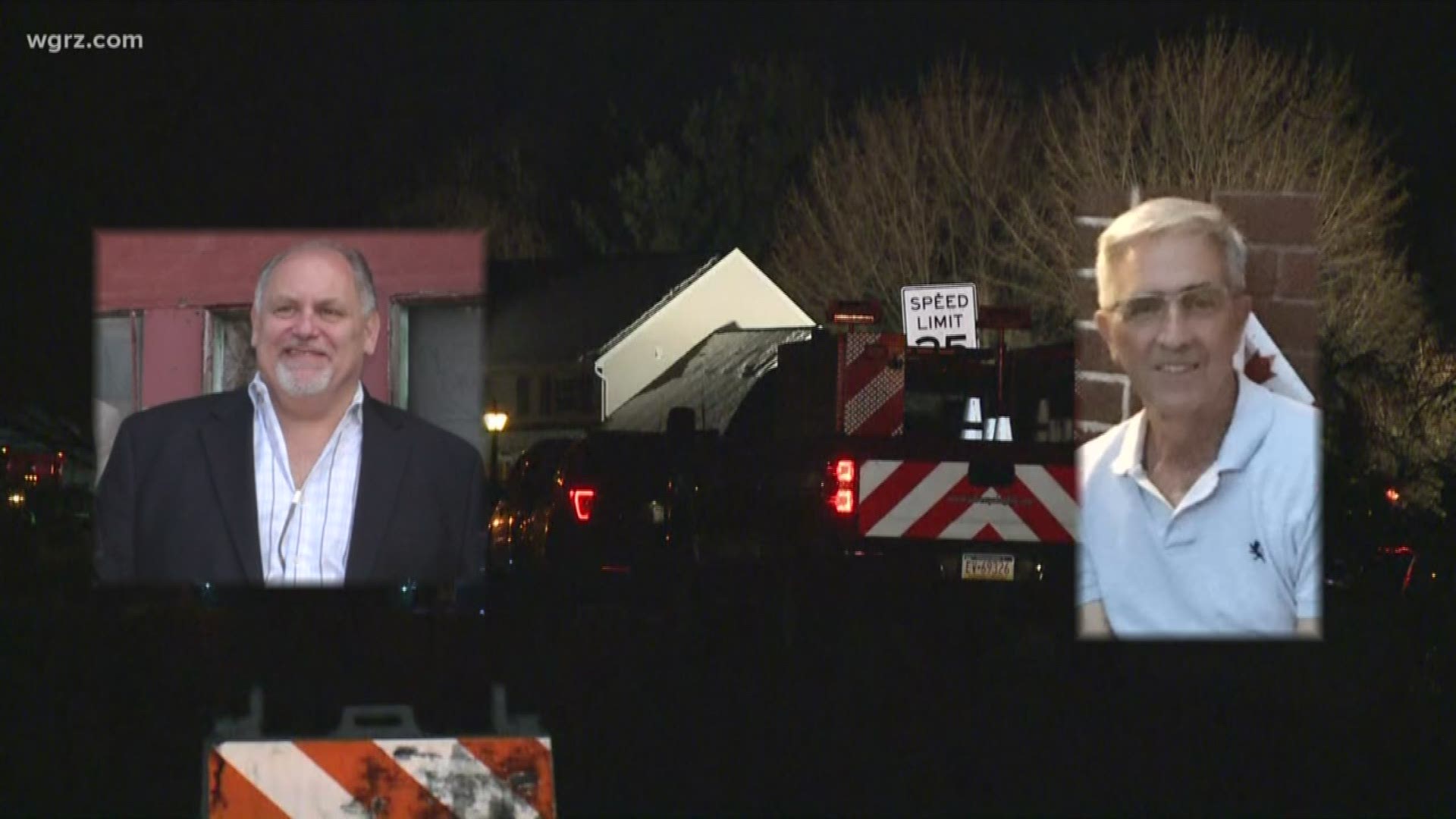 CUMBERLAND COUNTY, Pa. — A single investigator from the National Transportation Safety Board arrived Friday morning to begin the task of figuring out why a fairly new helicopter crashed killing two Buffalo-area businessmen.

Mark Croce and Michael Capriotto, both from Orchard Park, were killed when the Robinson R66 helicopter they were in went down in a suburban neighborhood west of Harrisburg PA.

A spokesman for the NTSB notes that crash investigations are typically lengthy, that they last months, and that they often look at things such as radar, a pilot's flying and medical histories, aircraft maintenance records, and the weather.

Initially, weather does not seem to be a factor. Storm Team 2 Chief Meteorologist Patrick Hammer reviewed conditions at the time of the crash and says the weather was pretty calm overall.

"You look for anything, any kind of clue. Was there a freak wind gust? Was there a storm near by that could have created winds? Was there any time of temperature inversion that could kind of make flying a little squirrelly? There was none of that," Hammer said

Croce was something of veteran flyer. He had a current pilot's license and had flown a helicopter for years.

The chopper itself was practically new. Records indicate the Robinson R66 was manufactured last January and purchased in March by a business entity that is headquartered in one of Croce's Franklin Street buildings.

Robinson helicopters have been under scrutiny in recent years. A Los Angeles Times investigated found the company's R44 model was the major model most frequently involved in fatal accidents.

And the FAA confirms tonight that the same model Croce was flying Thursday night, the R66, has been involved in 43 crashes worldwide since 2011 resulting in 35 deaths, including Croce and Capriotto.

The NTSB is expected to release an initial report on the crash in two weeks.