The Buffalo chapter of Sleep in Heavenly Peace has delivered 800 beds for children so far and says demand is great. 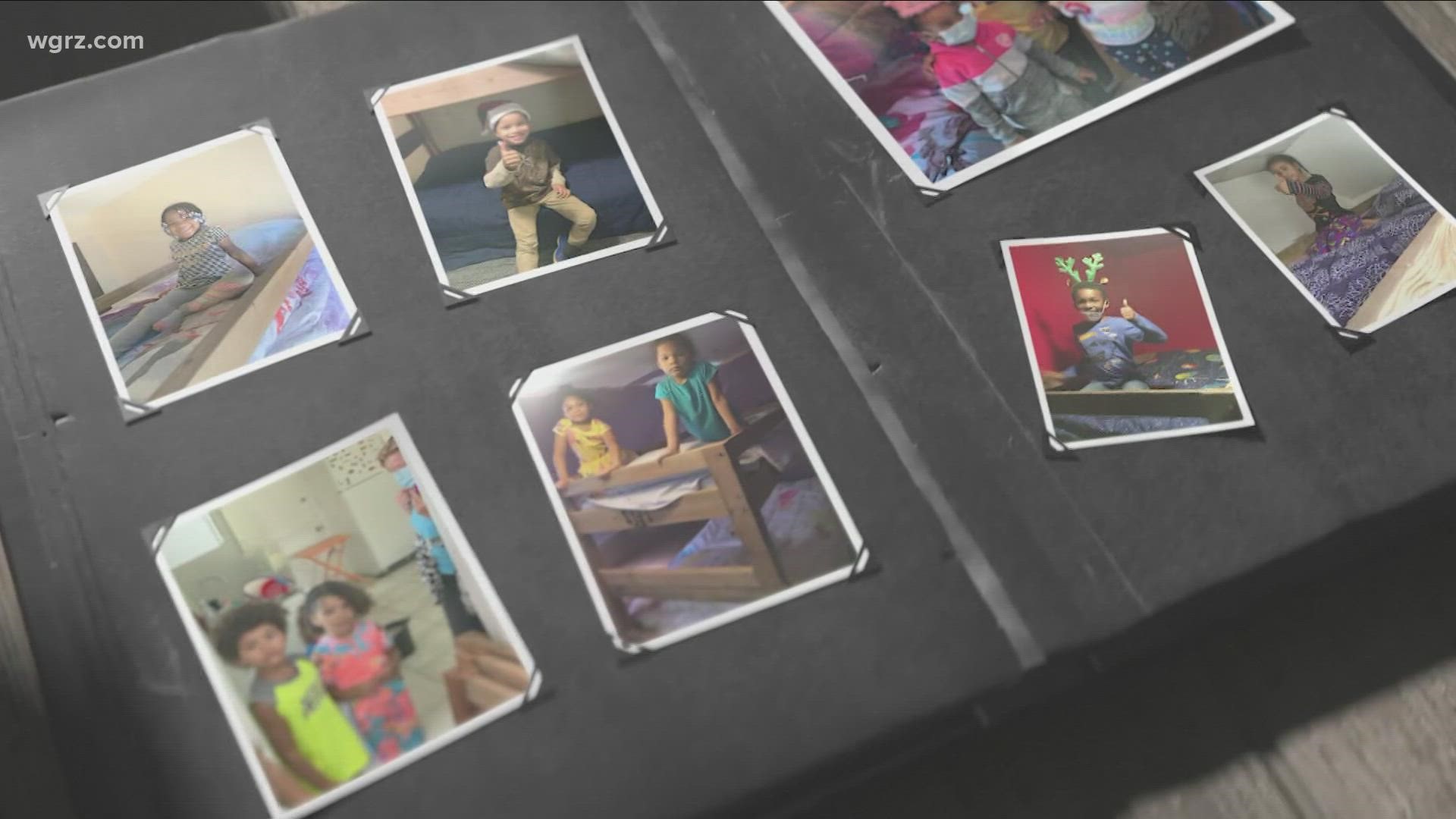 CLARENCE, N.Y. — Have you ever been glad just to get into bed at the end of a day?

But what if you didn’t have a bed?

The mission of the relatively new nonprofit is “No kid sleeps on the floor in our town.”

And in the last year, the Buffalo chapter of Sleep in Heavenly Peace has distributed over 800 beds to kids that did not have one. All the beds are hand-made by volunteers.

“They enjoy doing the work because it’s very simple. It’s very safe. It’s well-organized and at the end of the day they’ve built a bed for a kid,” Sheldon says.

Actually, in a four-hour stretch, it’s typical that 20 to 25 new beds are built. The work is done in a store-space at the Eastern Hills Mall. Most Saturdays from 8 a.m. until noon, a two groups of volunteers work together.

There are ‘blue shirts’ who are more experienced people with the bed-making.

Kath Visciano is one of those blue shirts. “It’s just a lot of fun to build these. The community’s been wonderful. We get volunteers all the time,” Visciano said.

The blue shirts guide and oversee a new group of volunteers each week to do the cutting, sanding, assembling and staining of the various wooden parts.

Each bed comes with a mattress, pillow, sheets and comforter. All of it new.

The payoff, says chapter co-founder Betsy Divita, is being there when the beds are delivered and set up.

“The kids are always excited to get a new bed. Many of them have never had their own bed, don’t know how to make a bed, and the parents are really, really grateful. It’s one less thing that they have to worry about,” Divita said.

The Buffalo chapter of Sleep in Heavenly Peace anticipates a greater demand for beds with the anticipated arrival of Afghani refugees.

If you are interested in volunteering or donating to the charity, both can be done at the website below.