There were actually three downtown protests on Friday, and each proved a little different, but all with the same message. 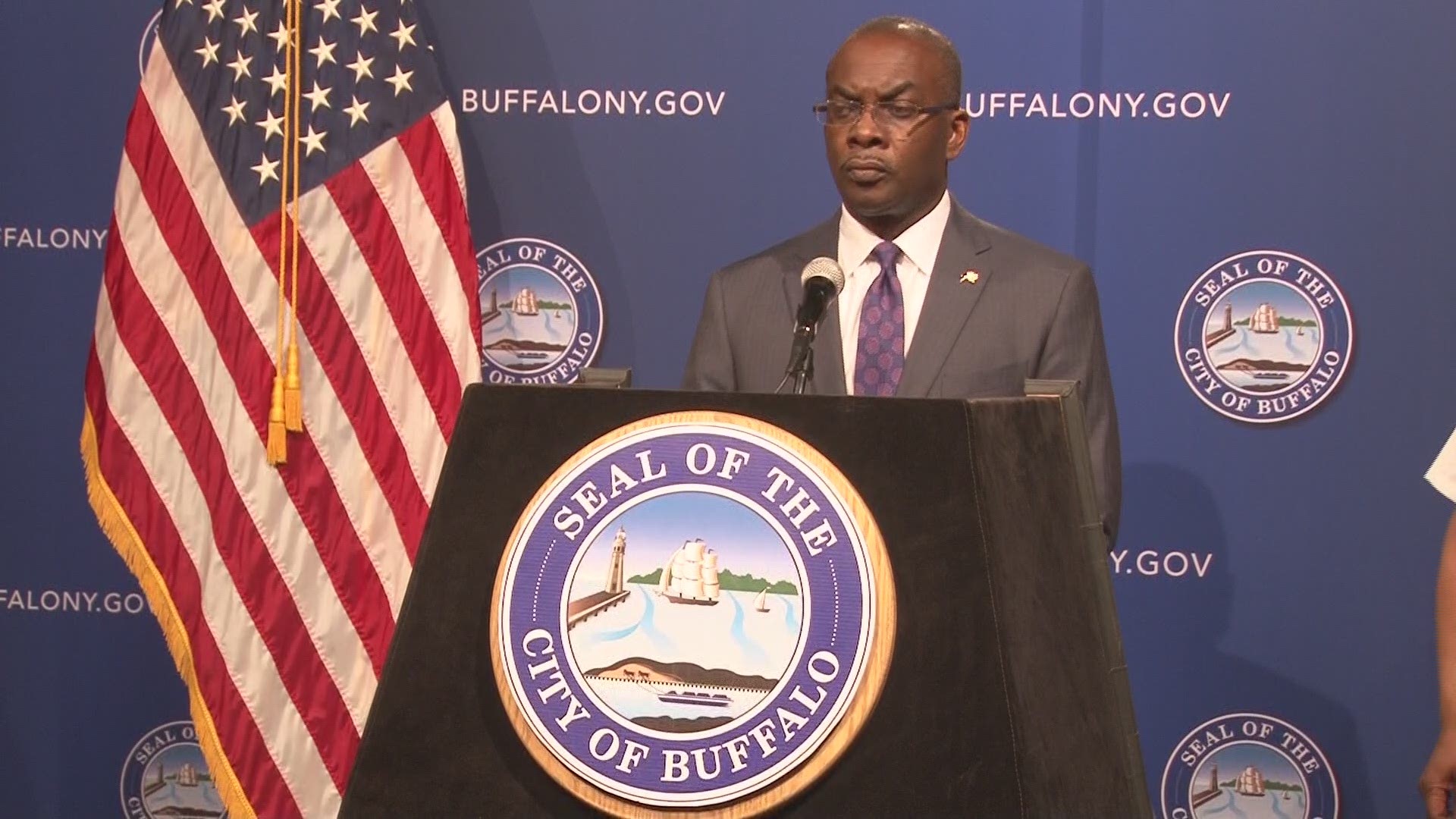 It's the video that launched the Queen City back into the national spotlight, showing Buffalo Police officers shoving a man to the ground while clearing out Niagara Square after curfew on Thursday night.

It was another demonstration here in Buffalo, the largest we've seen thus far not only in terms of participants but in the number of protests.

There were actually three downtown protests on Friday, and each proved a little different, but all with the same message.

The first began at around 3 p.m. It was noisy at times, but ever peaceful.

It eventually grew to about 400 strong, and just before 6 p.m. demonstrators, as they did on Thursday, vacated the Niagara Square and marched up Delaware Avenue.

A short time later, a separate group of demonstrators flooded Niagara Square, and by about 7 p.m., it was even larger than the first before they took off heading east to Lafayette Square, filling it to the brim and beyond.

As this played out at Lafayette Square, almost as if on cue, another group calling themselves White Coats for Black Lives descended downtown.

They are medical professionals on the front lines of the fight against COVID-19, and besides decrying racial injustice, made a point of the larger percentage of serious cases impacting the black community.

Under the  watchful eye of officers on rooftops, as the 8 p.m. curfew arrived, there was no emergency response team to prepare to move people out, nor was there was there a a need, because they vacated the square.

The people then began marching up Niagara Street and into neighborhoods on the lower West Side.

Demonstrators approached Symphony Circle near Kleinhans Music Hall. A police car lead them, and another tailed behind, while other squad cars blocked side streets in order to let the marchers pass safely.

They were indeed continuing past the curfew, while voicing their displeasure with it, in terms we can't repeat on TV.

More than one held signs to that effect, and several others noting, "They can't arrest us all."

RELATED: Whirlpool Rapids Bridge closed on Saturday to all traffic