The DEC recently extended the public comment period on the application through May 3, 2021. 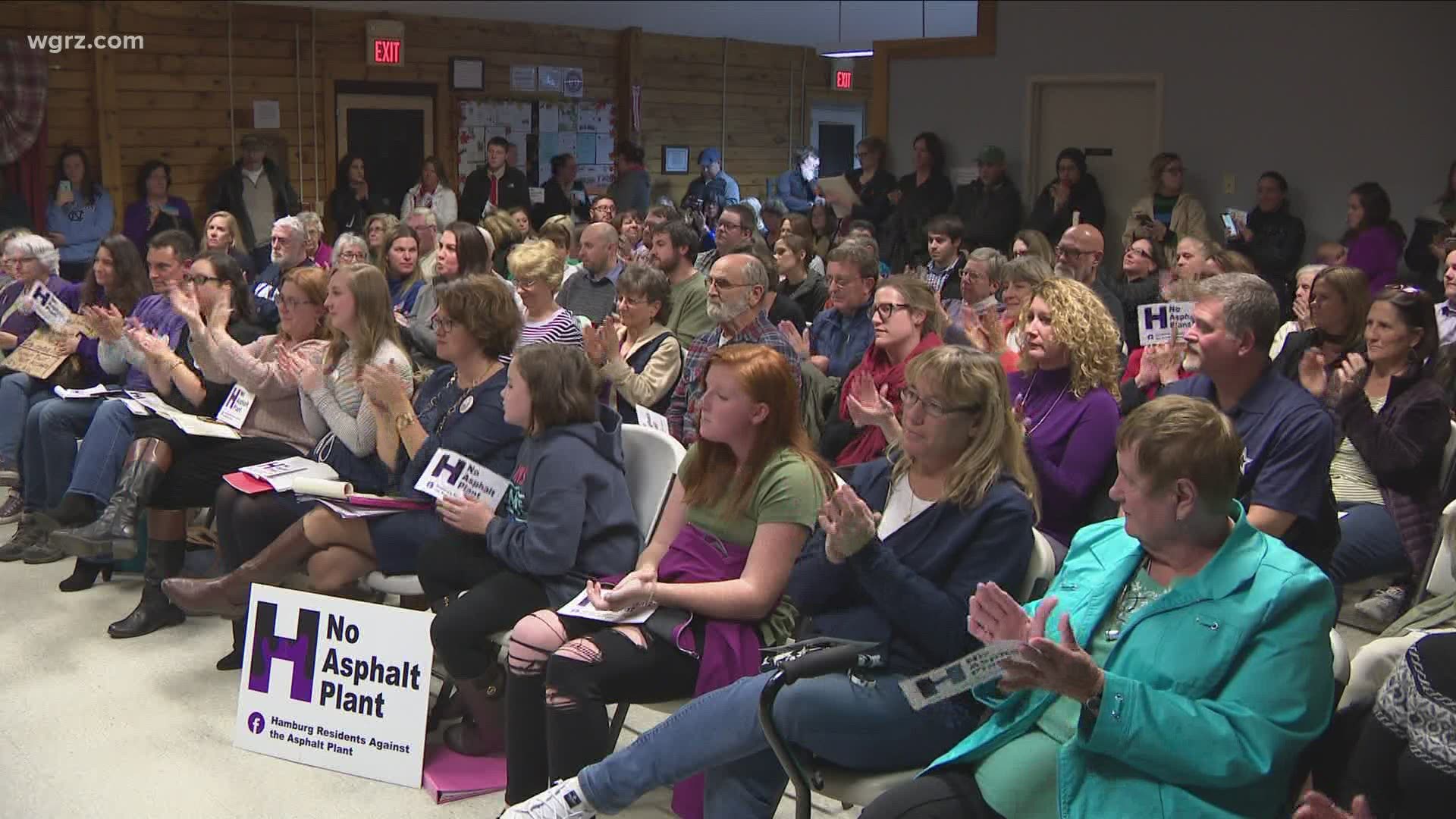 NIAGARA COUNTY, N.Y. — Community leaders in Niagara County are now speaking out against a proposed asphalt plant for 4660 Witmer Road in the Town of Niagara.

The proposal is connected to AL Asphalt, the company that proposed a similar facility in Hamburg not long along. Residents in Hamburg joined forces in an effort to keep the plant from coming into their community.

Now, some people in Niagara County are starting to do the same.

The project, which reportedly has already been approved by the Planning Board and Town Board, would be right by Niagara University.

Maher told 2 On Your Side they've taken an active stance and plan to be vocal as the process unfolds, but voiced concerns over an initial lack of communication about the proposal and the process surrounding it.

"We fully believe in economic development," Maher said. "We know businesses are critically important. We also believe that businesses have a social and environmental responsibility and that's really what we're trying to raise here as our fundamental objection to both the potential plant and also the process."

He added, "We've formed what you might call a coalition of people from the community and community leadership. We've also enlisted a legal strategy going forward."

The Niagara Falls City School District is included in that 'coalition.'

Its Board of Education passed a resolution also opposing the location of the plant.

"It is within 1.1 miles of a school — 1.2 miles of another school —  it would really affect a lot of our parents and our students and we're vehemently opposed to this," said Niagara Falls City School District Superintendent Mark Laurrie.

Laurrie added, "We've lived through in Niagara Falls a lot of environmental concerns and even to bring back something that's outside of the city limits, but close to our residents is something that we can't accept and as a superintendent, as a citizen, we'll continue to fight against that."

“The proposed asphalt plant just outside of Niagara Falls failed to seek approval from the county planning board, and this necessary step in the process is vital to have additional review, and an additional opportunity for public comment,” Voccio said in a written statement. “Process matters. Transparency matters. This project should follow the proper steps, and the public should have the right to weigh in on the matter to the County planning board."

The attorney representing the asphalt company said his client provided all the information and documentation required by the town and they await permit approval from the DEC.

The analysis provided indicates odors from the project would not be detectable outside the boundary of the property. Another study noted that sounds associated with the plant would have "no effect on the existing ambient sound environment in the vicinity of the Project." The proposal also states that the plant would not create any "significant adverse impacts on traffic operations in the area."

Meanwhile, the DEC recently extended the public comment period and will be accepting comments on the application through May 3, 2021.

Comments can be submitted to: