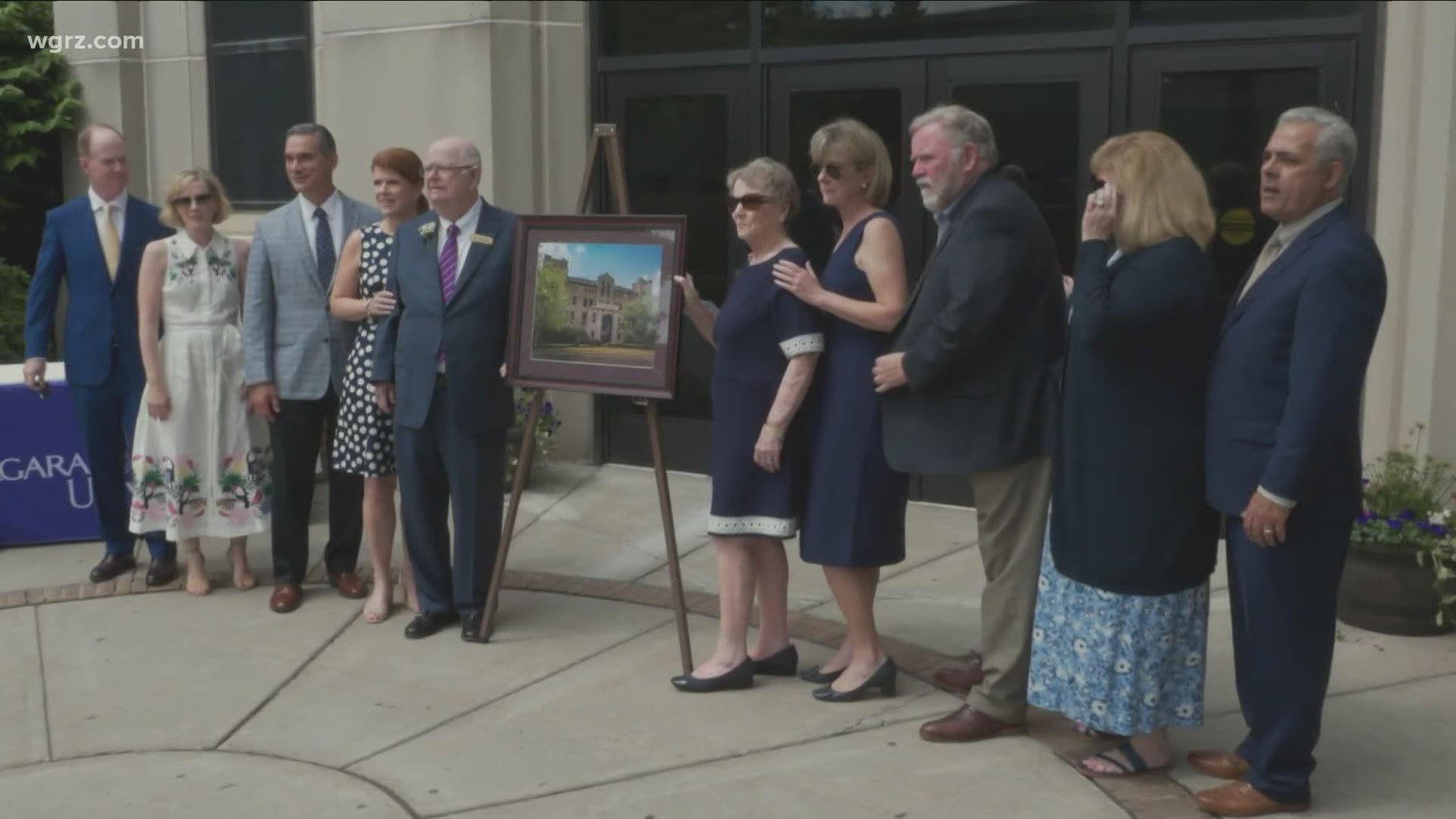 LEWISTON, N.Y. — Niagara University honored one of its most generous and prominent alumni members on Saturday by dedicating a building on campus.

The building formerly known as St. Vincent's Hall is now called Glynn Hall. It's home to Niagara University's College of Hospitality and Tourism Management program, and is located on the university's Lewiston Campus.

Glynn Hall recognizes James Glynn, who started working at the Maid of the Mist when he was 16 to pay for his Niagara University education. He went on to eventually buy the world-famous tourist attraction in 1971 and his family still owns it today.

According to Niagara University, Glynn and his wife, Mary, have provided philanthropic commitments and leadership to a variety of educational, cultural and healthcare institutions in Western New York. Some of which include the Roman Catholic Diocese of Buffalo, Christ the King Seminary, the Catholic Charities Foundation, Artpark, St. Vincent Manor, and the Heart, Love and Soul food pantry in Niagara Falls.

"It is absolutely our privilege to honor Jim Glynn by dedicating Glynn Hall,” said the Rev. James J. Maher, C.M., president of Niagara University. "Jim and Mary Glynn have been a beacon in our community, providing consistent and generous support to organizations throughout the region. Together, Jim and Mary Glynn have impacted the lives of countless individuals in our community, always doing so in a quiet and humble manner, reflective of their Vincentian hearts."