A 75-year-old man was turning left on Grand Avenue at Hyde Park Boulevard around 11:30 a.m. Monday when he hit 86-year-old Beverly Laughlan. 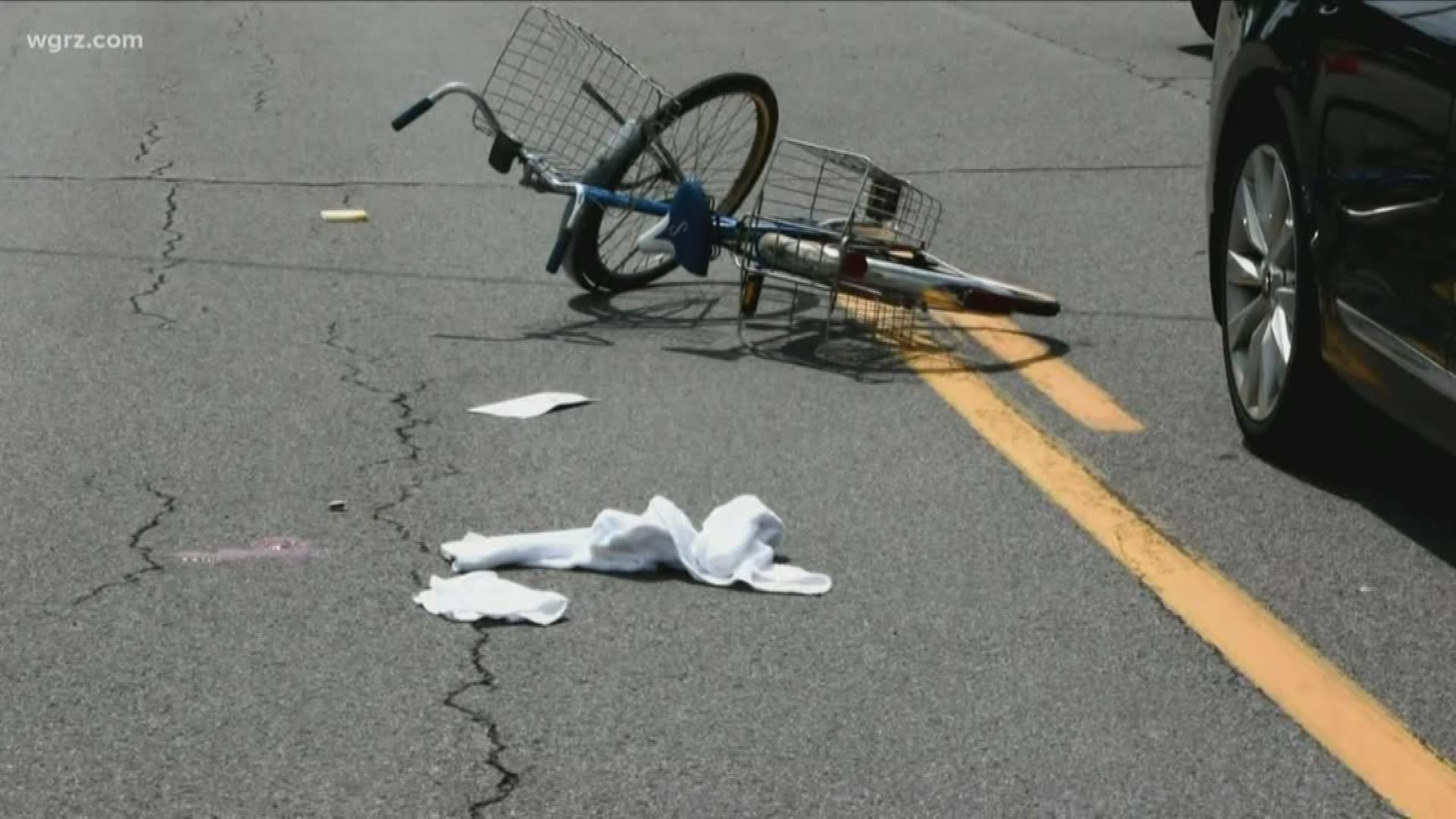 NIAGARA FALLS, N.Y. — According to the Niagara Falls Police Department, a woman cyclist died after being hit by a car Monday morning.

The driver promptly flagged down a passing ambulance, and Laughlan was transported to ECMC. Police say Laughlan sustained injuries to her head in the fall, and passed away at ECMC later that day.

The incident is still under investigation, and no charges have been filed at this time.

RELATED: Serious accident on Main Street causes utility pole to go through the roof of a vehicle