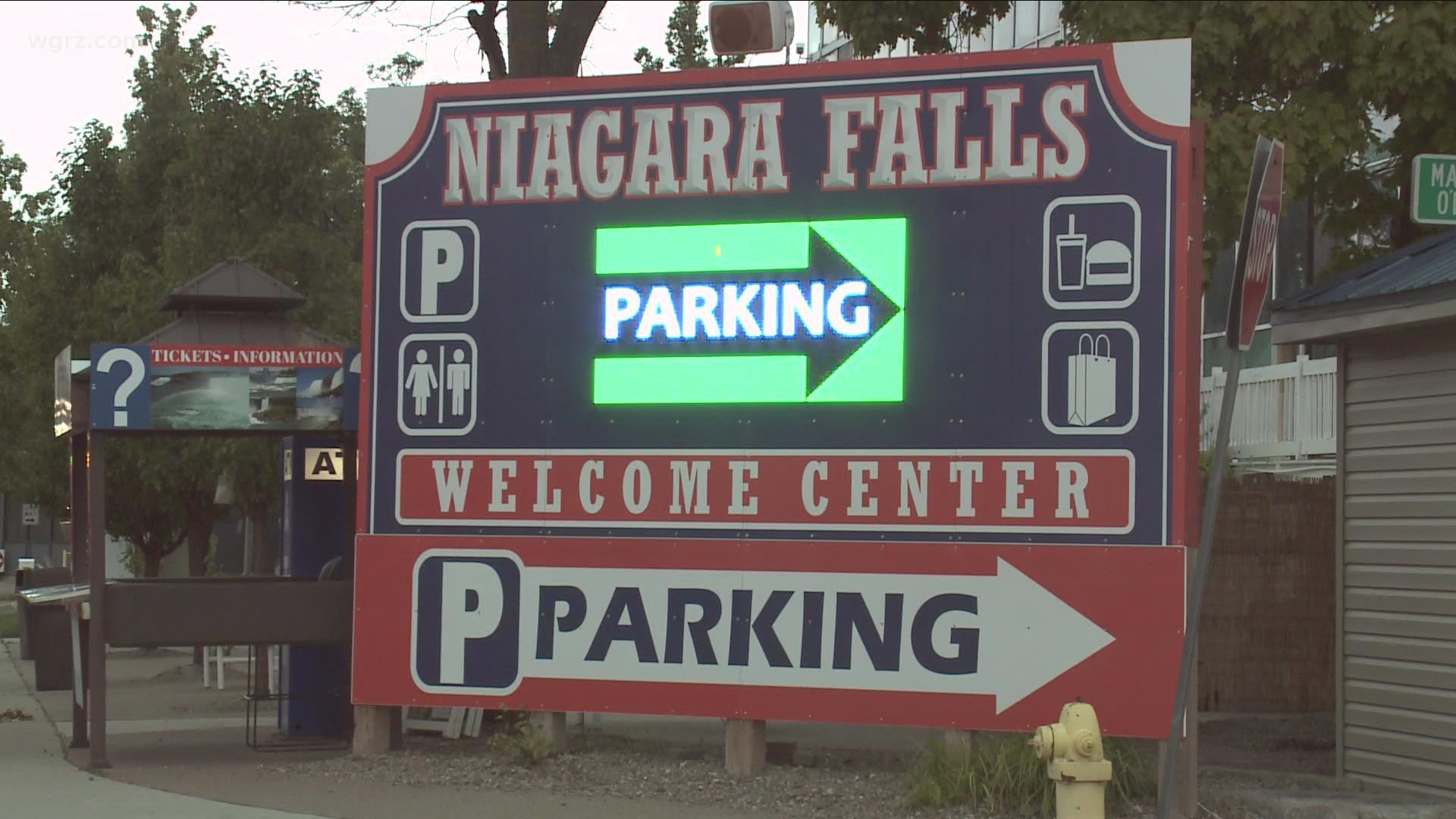 NIAGARA FALLS, N.Y. — Construction has begun at a $46 million visitor center in Niagara Falls State Park. Gov. Kathy Hochul made the announcement about the 28,000 square-foot facility, which is set to open in 2023.

"Niagara Falls is a wonder of the world unique to Western New York and it's awe-inspiring beauty has been preserved with Niagara Falls State Park, the oldest state park in the United States," Hochul said.

"This new Welcome Center builds on our work to showcase all of the landmark gems that New York State has to offer, attracting visitors from around the world and boosting our tourism economy."

The $46 million facility, which includes $8 million in grand funding from the Ralph C. Wilson, Jr. Foundation, will have expanded space for peak-time visitors, areas for ticketing, interpretation, dining and retail.

In addition, the center will have museum space, including an immersive experience and exhibits.

The administrative offices adjacent to the building will be adapted to include a multi-purpose community room, archives and offices for interpretive staff.

The new structure will replace the 35 year old center that can no longer accommodate the extensive number of visitors that come to the park each year.

The project will complete the $150 million Niagara Falls State Park landscape revitalization, which was launched in 2011.

"We appreciate the continued improvements to our Niagara Falls State Park," City of Niagara Falls Mayor Robert Restaino said. "The new Welcome Center will not only improve the initial visitor experience but it also promises to add to it by exploring all that Niagara Falls has contributed to the growth of Western New York. I would like to thank Governor Hochul for her continued commitment to our City and our region."