As 2 On Your Side has reported, Niagara Falls Police have seen a surge in shootings recently and now, the department will get help from the State Police. 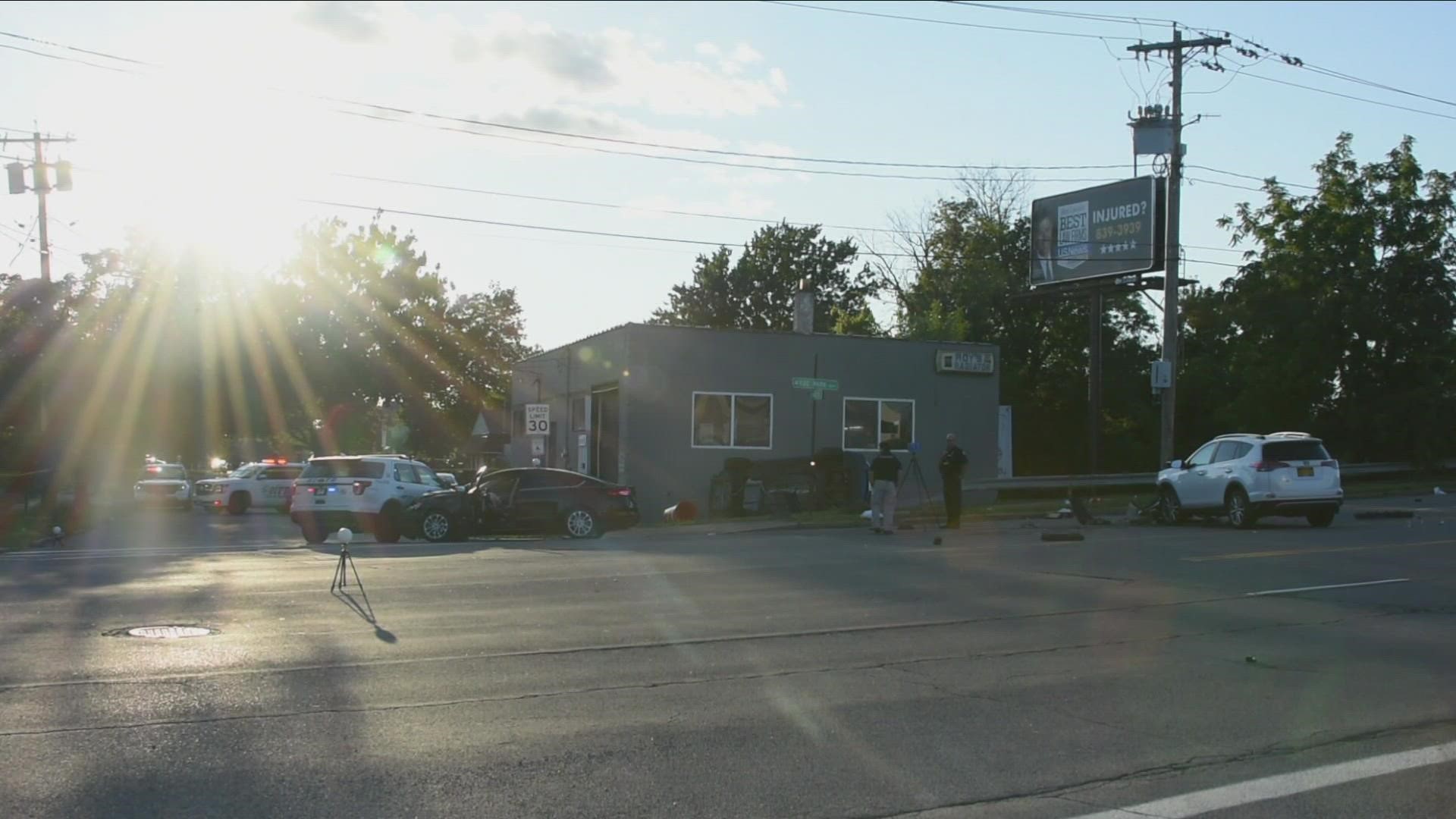 NIAGARA FALLS, N.Y. — A high-speed chase in Niagara Falls has resulted in one man under arrest.

Police say Monday evening they attempted to stop a driver they believe may have been involved in a recent shooting.

The driver then sped away, ran a stop sign at the corner of Jerauld Avenue and Hyde Park Boulevard causing a crash with multiple cars.

A 4-year-old child was in one of those cars.

No one was seriously hurt.

Eventually, police were able to take their suspect into custody on numerous charges.

"The person that was apprehended in the motor vehicle crash has been arrested for vehicle and traffic infractions including several felonies, he's currently in custody as well for a parole detainer, as of now that incident is currently under investigation in relation to the shootings," said deputy chief, Michael Lee of Niagara Falls Police.

A number of shootings recently have not been solved in Niagara Falls.

And now, police there are taking additional steps to put more police on the street. In the words of Niagara Falls police officials, any day now Falls police will welcome the help of State Police to do road patrol in the city and help investigate crimes involving gun violence.

For weeks, Niagara County sheriff's deputies have been working in the Falls on a more regular basis doing road patrol.

Niagara Falls police say the FBI is also assisting them in getting gun violence under control and officials say they will consider bringing in other agencies as well.

Despite the surge in shootings, police say violent crime remains at or below where it was at this time a year ago. And, they keep saying they need help from the community to solve crimes.