A recently repaired baseball diamond within 91st Street Park was damaged due to fireworks. 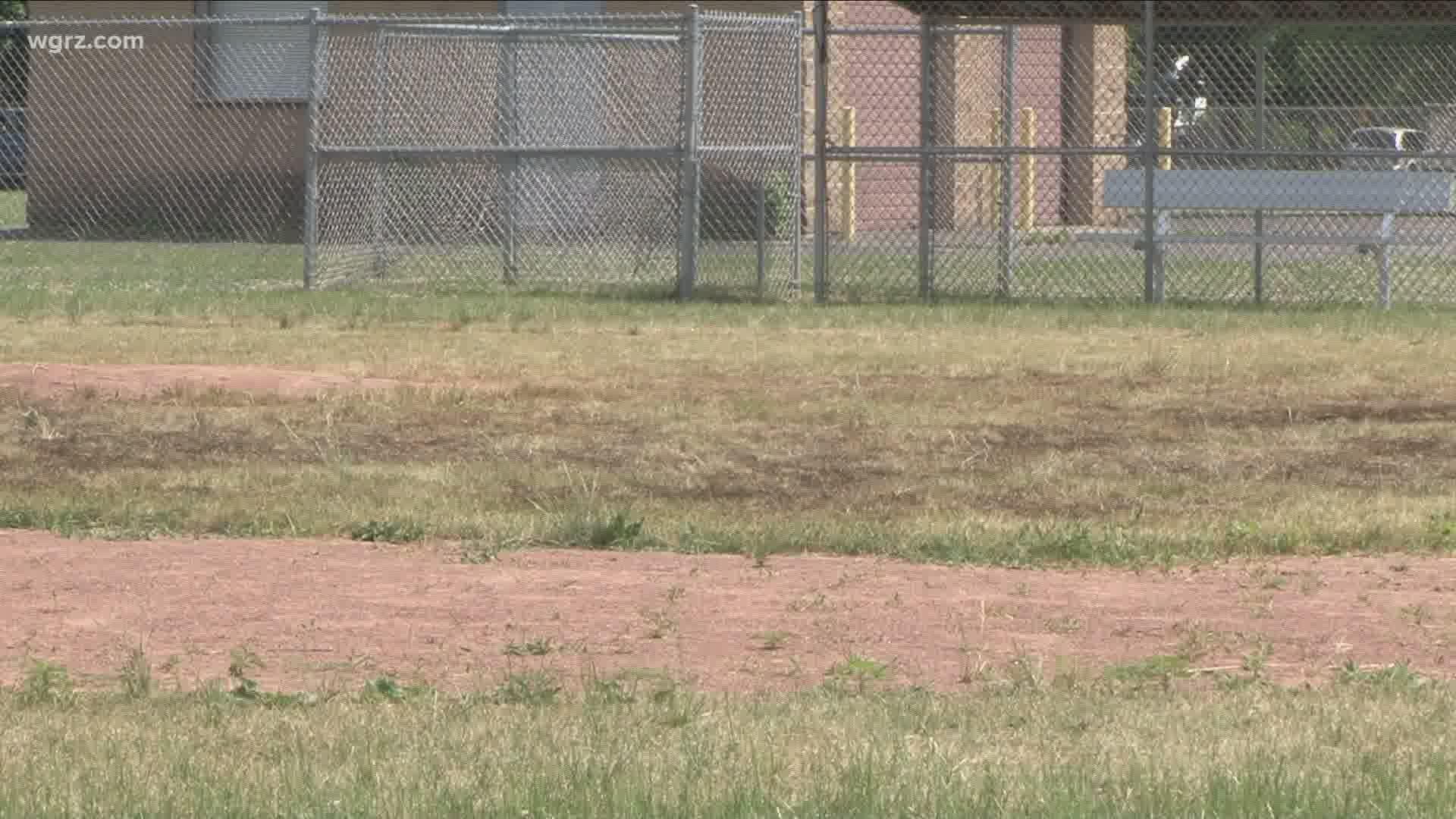 NIAGARA FALLS, N.Y. — As of Monday, several low-risk youth sports are allowed to start their seasons again, including baseball and softball.

However, some youth athletes in Niagara Falls will have to play on a damaged field.

Niagara Falls Police are investigating after the infield grass on a baseball field at 91st Street Park was scorched from weekend fireworks.

Bryan Dean coaches a travel team for the Cayuga Youth Athletic Association that uses the baseball diamond. Dean told 2 On Your Side that the ball field had just been repaired and this season was the first chance for kids to use it.

Dean said he was heartbroken to see the new grass burned from fireworks on Independence Day.

"My two kids especially, they came out on the field in tears instantly they just thought their whole baseball season was ripped away" Dean said.

"It resulted in the grass, infield grass that we just installed out there.... I think it was last year, being destroyed" said City of Niagara Falls Mayor Robert Restaino. "It's got to be three-quarters of the infield grass has been burnt."

Dean said he was out Sunday morning to try and clean up the damage. After months of waiting due to the COVID-19 pandemic, games are set to begin on Thursday. Despite the condition of the field, Dean said games will still be played as scheduled.

"Anytime public property is damaged there is a variety of potential charges" said Restaino. "I think at this point I'd like to just get as much information as possible before we start talking about what are the potential penalties or charges that could come of it."

Though it may not happen this season, Mayor Restaino said the city will work with the league to try and repair the damaged field.