The ribbon was cut Thursday morning on the new canine playground located in the DeVeaux Woods State Park. 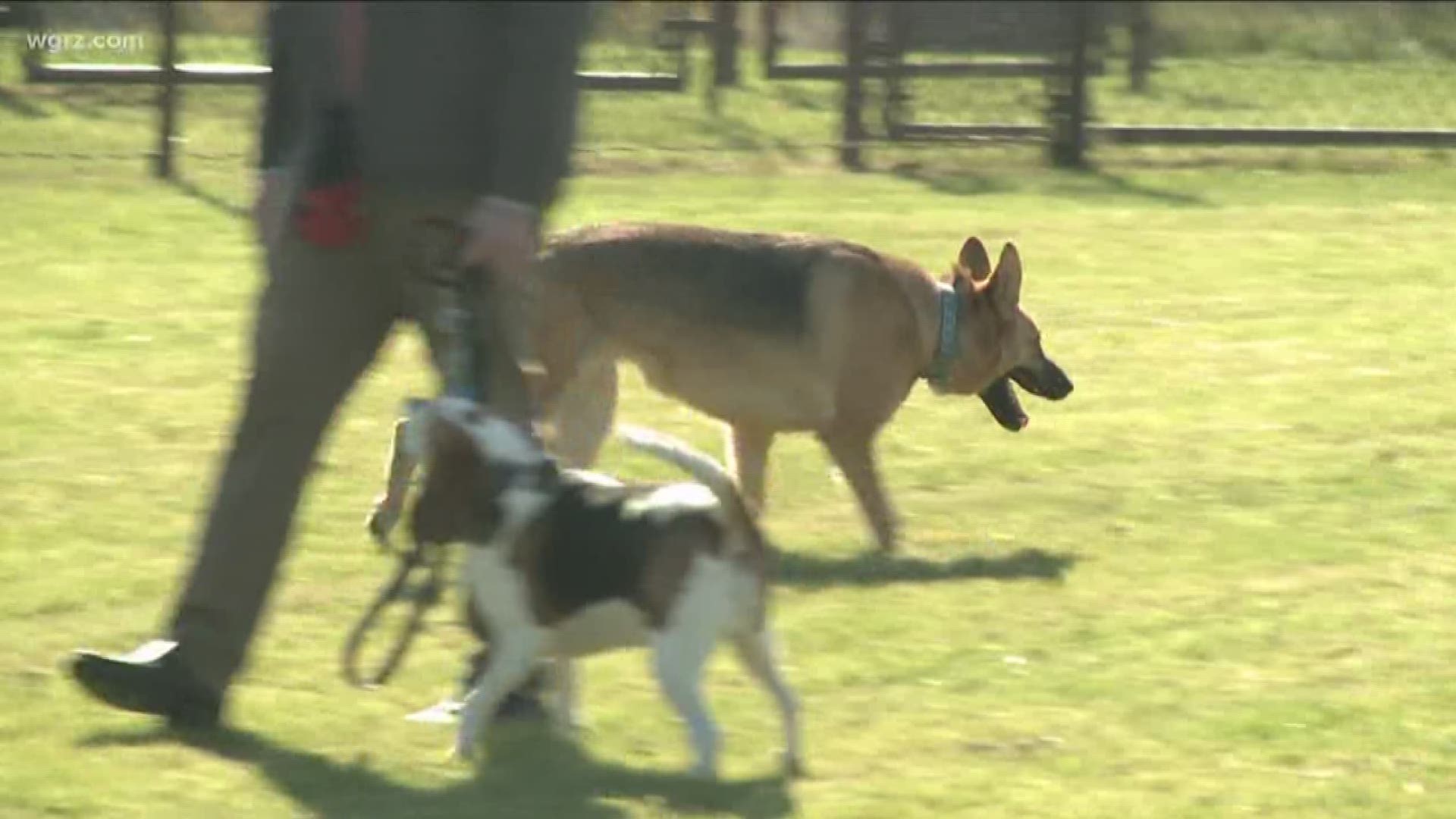 NIAGARA FALLS, N.Y. — There were smiles and woofs all around as the ribbon was cut Thursday morning to open the first dog park in Niagara Falls.

The canine playground is located in the DeVeaux Woods State Park where a comfort station was opened as well.

Federal funds were used to purchase and install fencing and other furnishings at the park. Under an agreement between state parks and the city, both will share duties of maintaining the site.

"The new amenities at DeVeaux Woods will contribute to making this a park that will hopefully become even more popular with neighbors and other residents alike," said Mark Mistretta, Western District Director. "Certainly, the addition of restrooms are a basic park amenity but we are pleased that it could be done in a way that honors the history of the park. We are also proud to partner with the City of Niagara Falls to host the first dog park in the city. We hope all the four-legged visitors enjoy it."