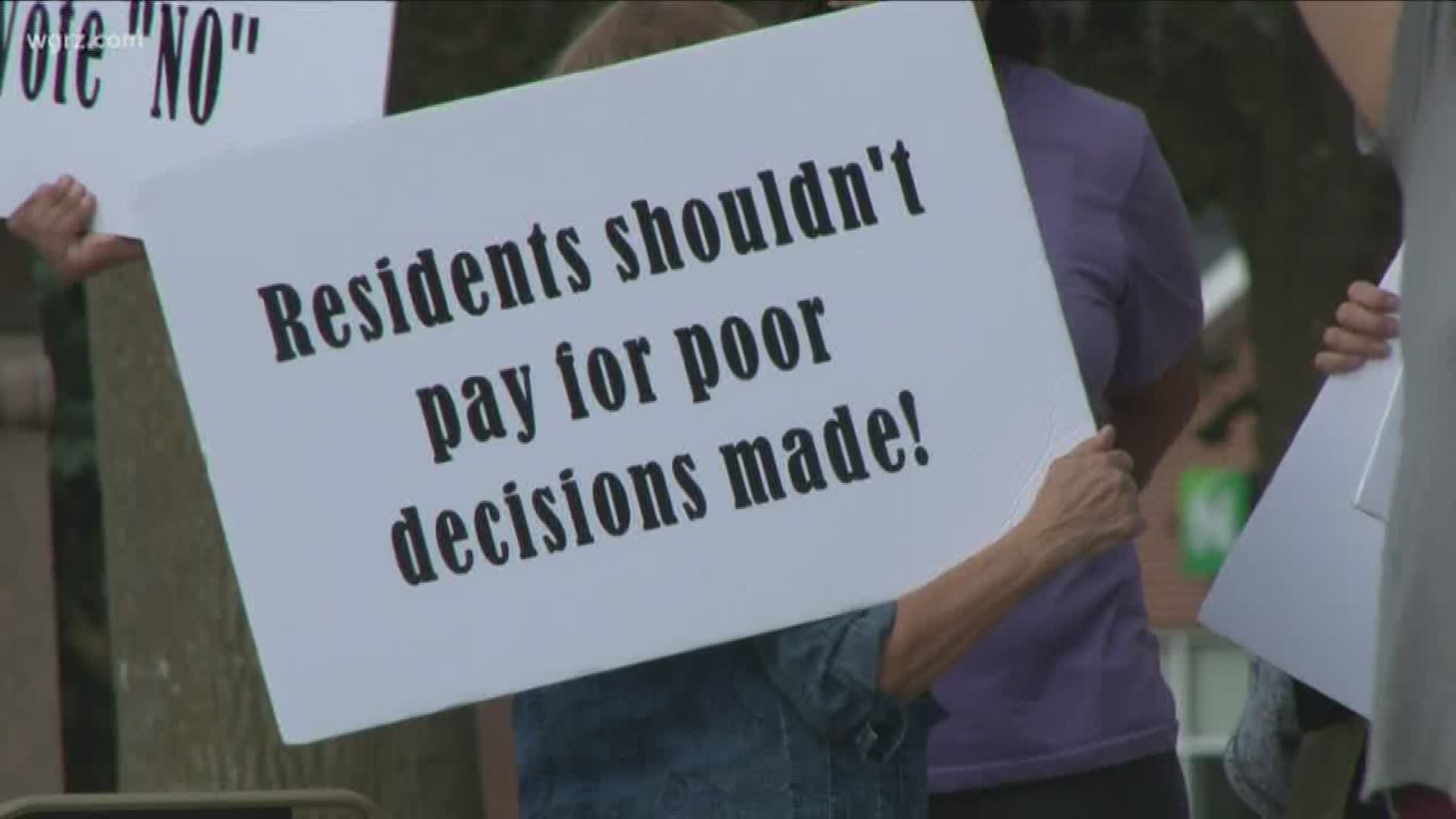 NIAGARA FALLS, N.Y. — The Niagara Falls City Council did not vote on a much-discussed garbage user fee on Wednesday night.

Instead, council members are tabling the decision. Some say they want to see the budget first.

The budget is expected to come out early next week.

Last November, a similar proposal was met with strong resistance, but one city councilman says financial circumstances with the city budget forces this idea back into the discussion.

Niagara Falls Councilman Ezra Scott confirmed the city has a budget gap between $4 and $6 million they need to address. He says the gap comes from changing health care costs, new city contracts, and an extra $1.5 million next year since 2020 will include a 27th pay period.

Scott says the council is faced with three choices:

"When you just look at it, it's almost like a lose-lose situation. Nobody's going to win unfortunately sometimes, because you understand the city worker, you also understand the views of the residents who we work for, who voted us in. But how can we all walk away with a compromise or a win-win situation?" Scott said.

Protesters gathered Wednesday night outside of Niagara Falls City Hall in opposition to the fee.

Many say taxes are already high and some people couldn't afford an additional 200 plus dollars a year for a necessary service.

"It's steep when you consider what we already pay. They're just always taking money from us. Rather than them get their spending under control, they're coming to us to bail them out," Niagara Falls resident Marcy Reinhold said.

Rick Krogan, who also lives in Niagara Falls, added, "We're not getting what we should've gotten before, so why do we have to pay for it now when we've had mismanagement of funds constantly with this administration?"

"We have a $5 million shortfall this year. That's significant. In order to make that up, you need to make some difficult decisions, one possibly being a user fee," he said.

Inside City Hall, dozens of firefighters and police officers filled the seats before a public hearing on the proposal.

One by one, they expressed their frustration over the threat potential of cuts to public safety.

The Union President for Niagara Falls Fire Officers Local 3359, Jason Cafarella, told 2 on Your Side, "If the city doesn't fund public safety and they have to cut, we won't have the manpower to respond to calls within the minutes that we need to save lives and to save property."

Community members, even with no affiliation to either the fire or police department, asked the council to approve the garbage fee if it means protecting important jobs in the city.

One told councilmembers from the podium, "I've always been able to proudly answer I love the Falls. I'm proud to live here. I believe in the Falls. If you cut our public safety, there is no way I'll be able to give that same answer. There is no way I will feel safe."

But a big concern is that city council members still haven't seen the budget and some say they aren't comfortable making the decision until they do.

City Councilman Kenny Tompkins told us before the meeting, "To me, you have to do the job as a whole job. We have to see the budget. We have to make sure all the cuts are made before we go to the taxpayer and say we need more money."

That's a main reason why council ended up tabling the vote on the garbage fee, hoping for more time to make an appropriate decision.

There is a regular city council meeting scheduled for Monday and the mayor is expected to release the budget on Tuesday.