There's places which some say, "you couldn't pay me to live there." Niagara Falls tried it. Despite some success, it has no plan to continue helping grads pay student loans in exchange for living here 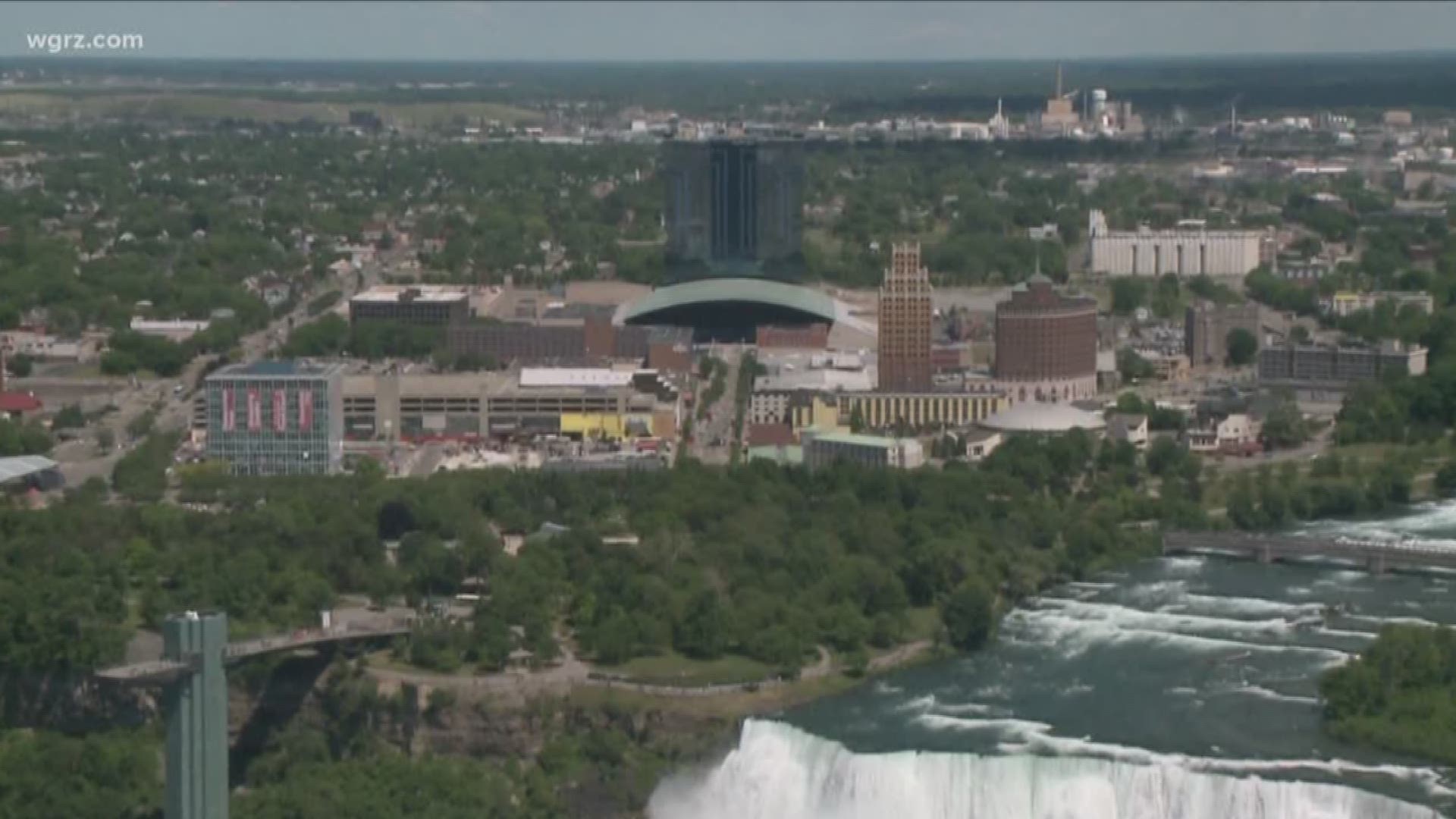 NIAGARA FALLS, NY – Despite hailing it as a success, the City of Niagara Falls has no plans for now to extend a program which offers assistance to recent college graduates with their student loan payments, in exchange for a commitment by them to live in the city.

A number of small cities across the country are now attempting to lure young professionals to live in their communities through various enticements.

However, Niagara Falls was one of the first to try it in 2012, according to Community Development Director Seth Piccirillo.

The Hatching of a Plan

“People weren't looking at our city and especially the downtown neighborhoods as a place to live, especially young professionals, and we wanted to change that conversation," Piccirillo told WGRZ-TV.

Piccirillo had just been named to his position at the time, and was himself a young professional, still in his 20’s and not many years removed from graduate school.

Among the variety of incentives that could be used to attract those like himself to Niagara Falls, Piccirillo thought there was one in particular that might be most appealing.

“We made the connection specifically with student loan debt because it’s something which, for young people, is just a part of their reality," he said, while recalling that in the spring of 2012 there were several news stories which had reported that student loan debt had reached more than one trillion dollars nationwide.

The city launched the program in 2013, offering recent college graduates up to $3,500 in student loan reimbursements per year, for up to two years, if they met all eligibility guidelines and committed to live in a designated portion of the city during that period.

“We took the average, monthly student loan bill at the time ($291) and multiplied that by twelve in order to arrive at the amount of incentive,” Piccirillo said.

The program was also designed to prevent recipients from taking the money and leaving.

“After year one, you have to show proof of residency and that you still have student loans to pay. It is only then that you get your first year’s reimbursement. After that, it works the same way for year two.”

“Part of the reason for that is that it is a tourism based area, and in the off season you see less business," said Piccirillo. “We wanted to make sure there are residents who can be customers for small businesses.”

The idea was that besides putting people into houses or apartments, you also might put those residents into nearby stores and restaurants.

"It's more than just giving people money,” said Piccirillo. “It’s creating discretionary income where there were not many residents, especially young residents, before."

Never Meant To Be Big

Funded through the sale of city owned, foreclosed homes, the program was limited to accepting only a few applicants per year for a total of 20 over five years.

In five years, the city has spent $55,000 on the program in which 15 people have enrolled, with the last five to be enrolled this year.

Three of the 15 dropped out before two years and did not stay in Niagara Falls. According to Piccirillo, they left the area for job opportunities.

However, three others, according to Piccirillo, not only stuck it out, but actually ended up buying homes in Niagara Falls.

"You had more people complete it than not finish it, and you had homeowners that came out of it, and if you look at the area it started a conversation that I think helped get more investment. More apartments are being renovated with 40 in the target area, and we’ve seen some new businesses open, said Piccirillo. “I’m not saying this program is solely responsible for all of that, but it’s part of it.”

No Plans To Continue, But Maybe Something Else

Despite what Piccirillo hails as a successful program, as of now there are no plans to continue it after 2018.

“We had a conversation in the beginning and it was intended to be a pilot program. I’m very comfortable with that,” said Piccirillo. “If there are foundations or outside funding sources interested in investing in this, we would make that case to them. But we are not going to make this case to local government and seek additional funds for it. That was our word in the beginning, and we want to stay to that."

Piccirillo said the city may instead ramp up programs aimed at getting young professionals to buy city owned properties, such as foreclosed homes, and assist purchasers in their efforts to renovate them.

Everyone enrolled in the program, including those who ended up buying homes, initially lived in apartments.

“We are going to focus on home auctions and trying to get people to purchased properties and live in them as their prime occupancy,” he said.