County officials in both Erie and Niagara counties say work to fix a washed out portion of Tonawanda Creek Road will finally begin later this year. It's been closed since 2014. 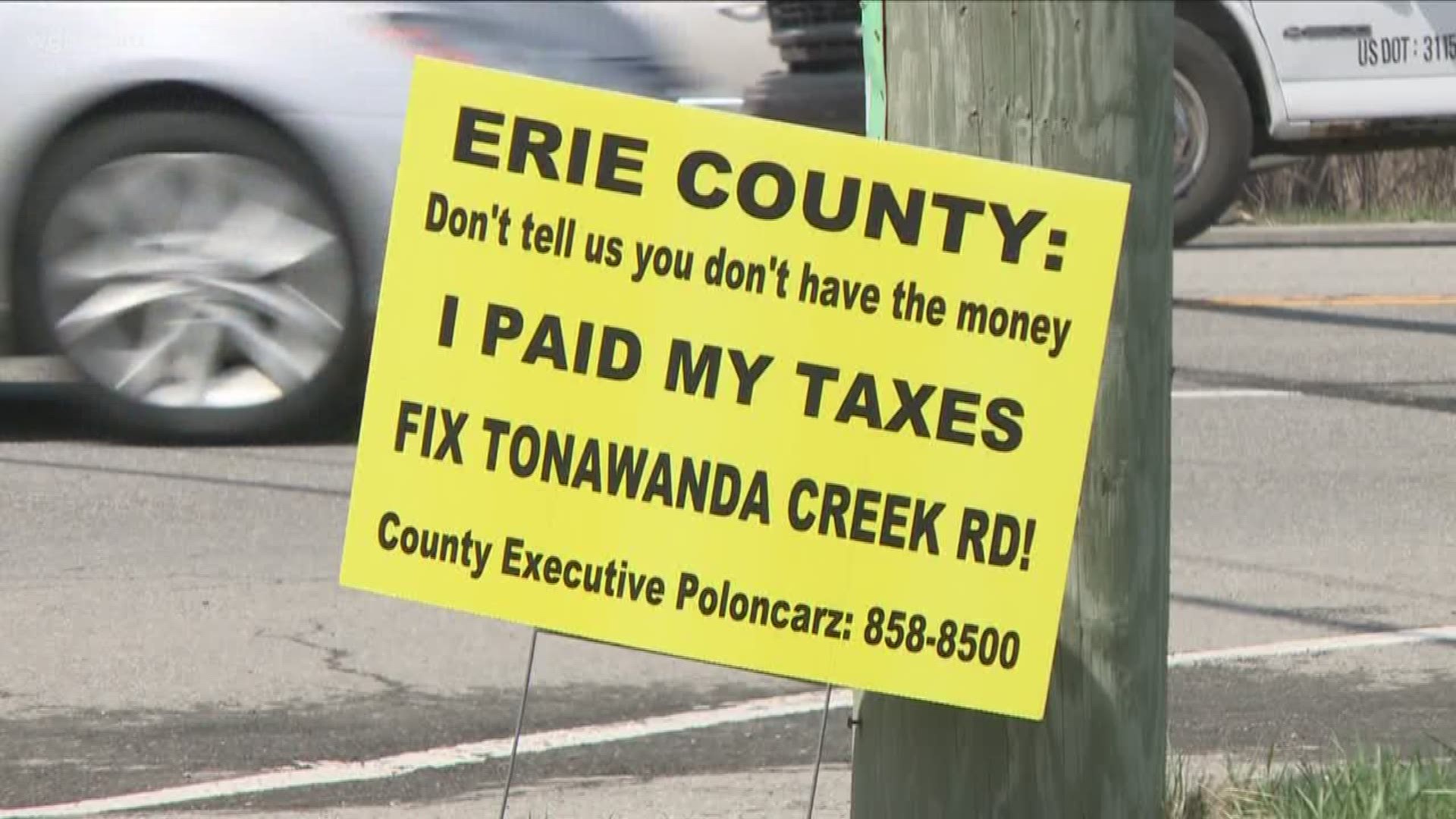 CLARENCE, N.Y. – There’s an end in sight on the long proverbial road for Tonawanda Creek Road residents and commuters who have waited years for the rehabilitation of a washed-out section of the road.

Niagara and Erie County officials now say work to repair the road will begin in late 2018. It’s been closed since Tonawanda Creek eroded a portion of the road back in 2014.

The erosion of Tonawanda Creek and the estimated cost of the project has made fixing the road challenging, according to county officials.

The Army Corps of Engineers has worked on assessing its stability before any construction can begin, and in 2016, Erie County Executive Mark Poloncarz said the cost would have wiped out the funds to fix other roads throughout the county.

Today, residents have taken to putting signs along Tonawanda Creek Road, publicly calling out Erie County to “fix the road.”

Erie and Niagara Counties have now partnered to pay for the road together since it runs between both counties.

Niagara County is considered the “lead agency” on the project, and Peck said bids are expected to go out to contractors this summer.

Legislator Rath says he plans to put the pressure on to get the project done as soon as possible because hundreds of commuters who would otherwise use Tonawanda Creek Road to get to Transit and Goodrich have been waiting for years.