There were illustrations of the proposed changes, along with experts to answer any questions about the project. 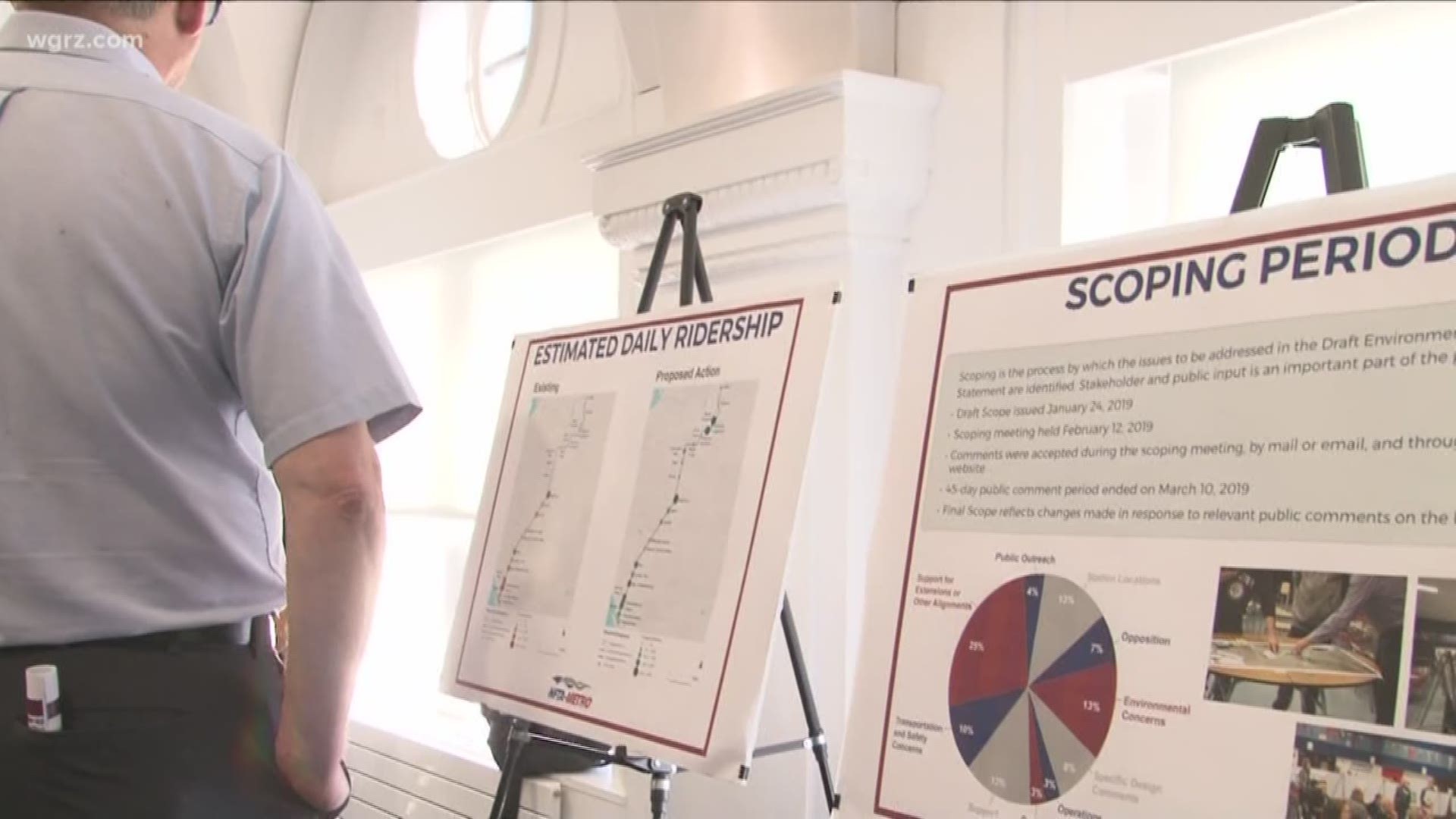 BUFFALO, N.Y. — Metro ridership has gone up in recent years, and on Tuesday night, the Niagara Frontier Transportation Authority held a special workshop.

The event's aim was to get feedback on plans to expand the Metro rail into Amherst, connecting the University at Buffalo's North and South campuses.

There was illustrations of the proposed changes, along with experts to answer any questions about the project.

The NFTA says the community reaction to the plan has been positive.

It will be a while before anything happens, because if all goes as planned, the NFTA doesn't expect construction to begin until 2026 at the earliest.

Give Riders A Voice rally in Buffalo sought support for bill